Campfire Gathering, a new independently produced luxury and boutique music festival experience, is proud to announce their inaugural event will take place on Monday, March 16 through Wednesday, March 18 at Camp Lucy Resort, which is located amongst the rolling hills of the Texas Hill Country in Dripping Springs. Tickets to the first-year event, along with various lodging options, are available for purchase today at CampfireGathering.com.

Campfire Gathering looks to offer attendees an elevated and luxurious summer camp-like experience for adults (21+ only) while offering access to both intimate music performances and private recording sessions from some of today’s top country, Americana, folk, and rock musicians. Attendees will also enjoy gourmet local cuisine and a plethora of camp activities across Camp Lucy’s elegant ranch-style resort, such as fishing, archery, hatchet-throwing, horseback riding, and wine-tasting tours of the vineyards at Camp Lucy, as well as wellness activities, like nature hikes, yoga classes, and spa services.

To commemorate the inaugural event, the team has created a highly curated music lineup comprised of acclaimed singer-songwriters and a variety of exciting up-and-coming artists alongside legendary Texas acts. The 2020 event will feature headlining performances from Americana-rocker and Austin native Shakey Graves, who continues to perform in support of his 2018 critically-acclaimed fifth studio album, Can’t Wake Up, and Grammy Award-nominee and Nashville-based country singer/songwriter Margo Price.

Other notable performers include some of the year’s hottest new country acts, including Canadian singer-songwriter Colter Wall, who continues to perform in support of his latest studio album, Songs of the Plains; Orville Peck, the masked Canadian country singer whose identity still remains a mystery after first exploding onto the national stage just last March with the release of his debut album, Pony; critically acclaimed indie rock group Delta Spirit, with the band’s lead singer, Matthew Logan Vasquez, set to perform as a solo act following last year’s release of his latest album, Light’n Up; and alt-rock foursome Deer Tick, who continue to perform in support of the band’s latest project, Mayonnaise, released last spring.

In an effort to help showcase the stellar musical talent found in Texas and across the entire Southern U.S. region, Campfire Gathering has tapped a number of regional acts to perform, including Americana singer/songwriter Ray Wylie Hubbard (Soper, OK) and alt-country singer Paul Cauthen (Tyler, TX), a former member of the duo Sons of Fathers who just released his third solo album, Room 41, this past September, along with others, like Nikki Lane (Greenville, SC), David Wax Museum (Charlottesville, VA), and Chris Roberts (Sulligent, AL). The event will also play host to several notable artists from the Austin-area, including White Denim, Robert Ellis, and Sir Woman, a brand new project from Kelsey Wilson who might be best known as co-founder of Wild Child and member of Glorietta. The 2020 music lineup is listed below and also available online at CampfireGathering.com:

Tickets are on sale now at CampfireGathering.com, starting at $600. These passes include admission to all three days of festivities and on-site activities, as well as access to the Campfire Marketplace that features exclusive offerings from numerous artisan vendors from across Texas and beyond. Additionally, these tickets include complimentary bites and beverages throughout the event; full dining details will be announced in the coming weeks.

Guests looking for the premier luxurious experience at Campfire Gathering are encouraged to book first-class lodging accommodations onsite at Camp Lucy, with packages starting at $700, which includes options like air-conditioned yurts, creekside cabins, high-end motor-coaches, and well-appointed luxury suites. Those who choose to stay overnight will be granted special invitations to Monday night’s Founders’ Dinner and Wednesday morning’s Gospel Brunch, as well as special gifts from Campfire Gathering and its various sponsors. Those interested in lodging overnight are encouraged to act quickly as these overnight accommodations are extremely limited in quantity.

Stay tuned as more details surrounding the first-year event will be announced in the coming weeks, including the music performance schedule, special dining offerings, attendee-only perks and activities, and more. 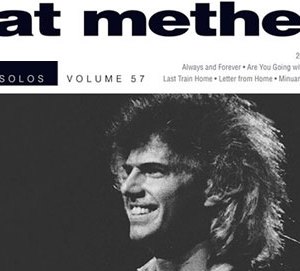 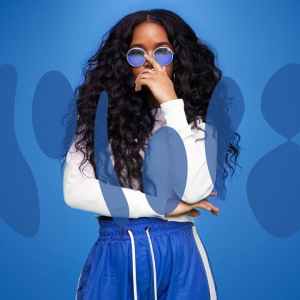