The 34th Annual ASCAP Screen Awards returned to the historic Beverly Hilton in Beverly Hills last night to recognize the biggest names in today’s film, television and video game music industry. Blockbuster film composer Michael Giacchino was honored with the prestigious ASCAP Henry Mancini Award for outstanding achievements and contributions to film and television music, presented to him by director Brad Bird (The Incredibles, Ratatouille). The Oscar, Emmy and three-time Grammy Award-winning composer is best known for his Disney and Pixar film scores, including The Incredibles and Up, as well as hits like Lost, Mission: Impossible- Ghost Protocol, Dawn of the Planet of the Apes, and Jurassic World.

Giacchino took his moment to comment on how important and crucial every musician is to the creation of his final product. “I am amazed at the ability of the people in my orchestra to just show up for work not having any clue as to what they are going to play and they just sit down and read it. I can’t believe it! I give them changes and they play it again perfectly. It’s some sort of voodoo magic and I still don’t understand it. They make it look easy but it’s not. Musicians are a composer’s lifeblood. Without them all we have are little black dots.” Giacchino then turned serious and addressed the problems the Hollywood film community faces from outside competition from other cities as well as its own internal politics. “It’s become increasingly difficult to make a living (here in Hollywood)… Let’s find a way to make a change. The musicians deserve it.”

As film composers Benj Pasek and Justin Paul (Dear Evan Hansen, La La Land, The Greatest Showman) aptly noted during their acceptance speech for the ASCAP Vanguard Award, scoring films is ultimately a collaborative effort but oftentimes a lonely and unrecognized endeavor. “So many people in this room are invisible.” Pasek said, “It’s incredible to get to have an evening where the work that’s behind the scenes is celebrated.” Paul added, “we often are in dark rooms by ourselves but tonight everyone is out in the wild! We are here with our most trusted and admired collaborators: music executives and supervisors and all that do their part to create the magic of music and cinema together.”

The young composer team acknowledged the early support of noted Broadway composer Stephen Schwartz (Wicked), who was the recipient of a CD demo from the then unknown University of Michigan students. After a long period of no response, an email appeared, with fourteen pages of detailed notes of everything that was right and wrong with the demo. “It was the most encouraging and beautifully critical, and most incredible feedback that we could’ve ever gotten,” Pasek gushed. Schwartz noted: “I put the CD on in my car… after only a couple of songs, I realized, these kids are really good.”

Composer Pinar Toprak was recognized with the ASCAP Shirley Walker Award for her achievements and contributions to the diversity of film and television music. Toprak is the first woman to score a billion-dollar film (Captain Marvel). Toprak’s colleague and mentor, David Ellison, CEO and Founder of Skydance Media, presented her with the award. An emotional Toprak spoke of the long road from her native Turkey to Hollywood. “This is the one evening I’ve been looking forward to every year. I started out sitting in the very back of the room (years ago). There were certain people who saw me before I was visible and I have to thank them: Michael Todd, Richard Kraft and David Ellison. And my children- every note that I write is inspired by you.”

Nicholas Brittell and Gabe Hilfer received the Harmony Award for their work on director Barry Jenkins film If Beale Street Could Talk, a new honor created in partnership with the Guild of Music Supervisors, which celebrates the collaborative relationship between the composer and music supervisor. Actor Colman Domingo, who portrayed the father of main character Tish spoke of Brittell’s love for the grit of New York. “He was born in 1980 but he blends the passion of a revivalist with the savvy of a musical omnivore. Horns hint at elements of free jazz and are backed with soundscapes straight out of Wu-Tang.” Brittell spoke passionately about teamwork: “The way the music and score interacts with a Miles Davis tune playing on the record player wouldn’t have been possible without that type of collaboration between Barry and Gabe.”

The three ASCAP Composers’ Choice winners were also revealed at the invitation-only event. Established by ASCAP in 2014, the awards are voted on exclusively by the ASCAP composer and songwriter community. The 2019 Composers’ Choice Film Score of the Year was awarded to John Powell for Solo: A Star Wars Story; TV Composer of the Year went to Jeff Cardoni; and the Video Game Score of the Year winner was Lena Raine for her work on the original soundtrack to Celeste.

With assistance from Michael Arrom. 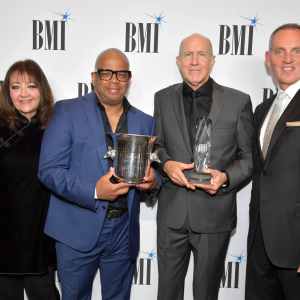 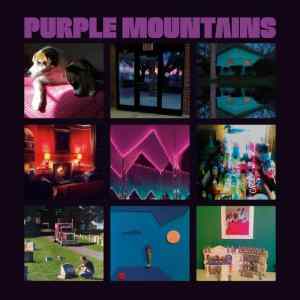