Master of dub. Reggae renegade. Pioneer producer. An alchemist of sound. A mystical messiah and magician of music. He’s The Upsetter. He guided Bob Marley and the Wailers from rock steady to reggae. He developed drum-and-bass early dubbed beats, laying the groundwork of electronic and Hip-Hop, and, at 83, still manages to craft lyrical tales and recite his words as pure poetry.

Back home in Negril, Jamaica, where he spends most of the year with his wife Mireille—the other half is spent in Zurich, Switzerland—Perry is feeling peppy this evening. He’s feeling the music tonight, and breaks into song mid-way through thoughts. Offering interview intermissions, Perry pulls out various renditions of the 1976 Hot Chocolate soul hit “You Sexy Thing” replacing the chorus’ “miracles” for other marvels in his mind—drums, bass, dentists, and reindeer—crooning his own scratchy versions of “I believe in miracles.”

Perry says he creates because he’s not lazy. Still, something more magical is pushing him into his 80s, and his spiritually runs deep. “It’s a spirit,” he says. “And the spirit is Jesus Christ and Almighty God. They bring good luck. What’s the good luck? Jesus Christ. I feel everything. I smell everything. I taste everything. I hear everything.”

“Rainford is the name my mother give me,” says Perry. “The angel give out the message to my mother. Try to be pure and imitate the rain and do like the rain do. If I can’t be the rain, otherwise I can be like the fish. I change from a fish to a reindeer.”

He sings, I believe in miracles. And I’m a reindeer.

Reggae stalwart and former Bob Marley and the Wailers trombonist, Vin Gordon also joined Heavy Rain‘s troika. Gordon began working with Perry during his earlier Upsetter days, and through Perry’s 1976’s game-changing dub album Super Ape. On Heavy Rain, Gordon appears on “Rattling Bones and Crowns” (a re-work of “Kill Them Dreams Money Worshippers”), first single “Enlightened,” and “Crickets in Moonlight” (a re-work of “Cricket in the Moon”). “Crickets” initially came to Perry after a thunderstorm in Negril when he and Sherwood were standing outside in the middle of the morning. The crickets were chirping, and Perry started spurting out verses.

Making music is a spiritual experience for Perry. There’s always a mysticism to it. Perry doesn’t do typical. Always exploratory, he’s used backward tape looping to the more eccentric efforts blowing ganja smoke over tapes, or burying microphones to extract the sounds in his head for nearly 60 years. He’s worked with everyone from the late Slits singer Ari Up, who also had her last recording with Perry in 2010, to Keith Richards, Andrew W.K., The Orb, and The Beastie Boys—even singing on their Hello Nasty “Dr. Lee, PhD.”

By 1973, Perry created his backyard studio Black Ark in Kingston, Jamaica, pulling in Bob Marley—who Perry had previously worked with during a gig as an A & R guy and songwriter-producer at Jamaican record producer Clement Dodd’s Coxsone’s Studio One in the ’60s. Perry’s Ark fueled the evolution of trios like Marley and the Wailers and The Heptones, as well as Max Romero and Junior Murvin. Crossing genres, he recorded The Clash’s cover of Murvin’s “Police and Thieves” while Paul McCartney, with then-wife Linda, recorded his rendition of the Pat Ballard-penned “Mister Sandman” at Black Ark in 1977.

Barebones at its best, the studio didn’t last long, burning down in 1979—Perry has admitted to deliberately torching it—but planted the seeds, and sounds, of the emerging Jamaican music, and Perry’s own experimentation. Coincidentally, in 2015 Perry’s Swiss “secret laboratory” studio also burned down after a candle was accidentally left unattended, leaving a lifetime’s worth of Perry’s costumes, art, his “magic boots,” and other memorabilia in ash.

“Who am I?” asks Perry. “I am the flaming sun, and music is my flaming god. I open my black heart in the name of paradise, fire and ice, and Jesus Christ.”

This time, Perry belts out I believe in drum and bass.

In fact, Perry has many beliefs, revealing his playfully rude side. “I believe in my pee-pee,” he laughs. Perry says LSD and LSP (clarifying that the “P” stands for “power,” not “Perry”) are his two biggest secrets, nodding to his 1997 TechnoMajikal electronic track “L.S.D.-L.S.P.”

“It’s nothing like that,” Mireille chuckles in the background. The couple married in 1991 and share two children Shiva and Gabriel.

He adds, “What comes to the mind is what comes out,” says Perry. “And the mind is a confuser, so it connects to the heart. The heart go buff, buff. So it’s a heartbeat connector. My heartbeat go boom boom. I’m not a human being, but I’m a machine.”

There’s no time to slow down. Perry is readying for a tour with stops in France, the UK, and Ireland through May, and still brewing new music, hinting at an upcoming project with German electro trio Mouse on Mars. “It’s going to be super,” says Perry. “[It’s] a different type of music, not much reggae, more spiritual.” 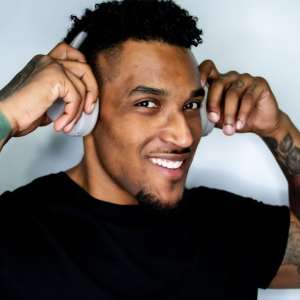 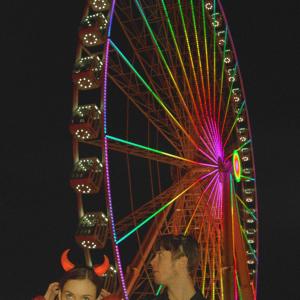