Cave, who fronts the band Nick Cave & The Bad Seeds, has confirmed the death of his son Jethro Lazenby. He was 31 years old. The cause of death has not yet been stated.

“With much sadness, I can confirm that my son, Jethro, has passed away,” said Cave in a statement issued on Monday (May 9). “We would be grateful for family privacy at this time.”

Jethro, who was born in 1991, was the son of Cave and Beau Lazenby. Jethro reportedly lived with his mother in Melbourne, Australia. He did not meet Cave until he was eight years old. As an adult, Jethro held jobs as a model, photographer, and actor.

Cave previously lost a son, Arthur, in 2015. He was just 15 years old. Arthur reportedly fell from a cliff and died from injuries he sustained.

The passing of Arthur prompted Cave to write and record a great deal of music, including his 2016 album Skeleton Tree and his 2019 work Ghosteen.

Prior to Jethro’s passing, Cave had been promoting a “global cinema event,” though now, plans for that project seem up in the air.

On May 4, Cave’s band posted on social media: “Only one week until THIS MUCH I KNOW TO BE TRUE screens in 37 countries globally on Wednesday 11 May. Find your nearest screening and buy tickets now http://thismuchiknowtobetrue.com“ 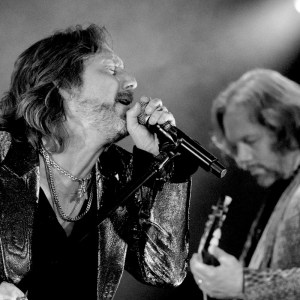