As a result of their well-deserved reputation as the preeminent live act of their era, it’s understandable that the studio recordings of The Grateful Dead can be somewhat overshadowed. Along those same lines, the songwriting prowess of the band, which often boiled down to the music of Jerry Garcia and the lyrics of Robert Hunter, doesn’t always get the credit it deserves.

Yet in 1970, the Dead released a pair of studio albums within months of each other that seemed to both capture the unease of an entire generation unmoored from their ideals and act as a balm to soothe those disappointments. Workingman’s Dead was quickly followed by American Beauty, and from that latter album came “Ripple,” perhaps the quintessence of both the band’s delicate studio magic and the Garcia/Hunter partnership.

Hunter certainly seems to think he was firing on all cylinders for the song. When asked by Rolling Stone earlier this year to name a certain lyric of which he was particularly proud, he responded, “Let it be known there is a fountain/ That was not made by the hands of men,” a line from “Ripple.” “That’s pretty much my favorite line I ever wrote, that’s ever popped into my head. And I believe it, you know?”

Lines like that were tailor-made for Garcia because he could deliver heady profundities like that with a twinkle in his voice, keeping them grounded when they easily could have floated off into the ether. For “Ripple,” Garcia constructed a melody that was pure and humble, tinged with a bit of sadness. Hunter recalled to Rolling Stone when his old friend came up with the music to match his lyrics: “We were in Canada on that train trip [the Festival Express, 1970] and one morning the train stopped and Jerry was sitting out on the tracks not too far off, in the sunrise, setting “Ripple” to music. That’s a good memory.”

In the studio, the band caressed the song with the gentleness of a lover. Garcia’s acoustic guitar is the song’s tender heart, while the rhythm section of Phil Lesh and Bill Kreutzmann nudge the song forward. By the time they got to “Ripple” on American Beauty, the Dead had darn near perfected the harmonies they used heavily on Workingman’s Dead. The ensemble voices on “Ripple” provide comfort when the words evoke hardship.

Hunter delivers lyrics that evoke cosmic wisdom and serenity without ignoring the darkness on the fringes of even the most blessed lives. The song nods at different religions and philosophies, from the Christian overtones of the lines about cups both empty and filled, which recall the 23rd Psalm, to the Buddhist koan feel of the refrain. The chorus even breaks off from the relatively straightforward rhyme scheme of the verses to form a haiku, another example of East meeting West in the song.

The song opens up with Garcia opining on the power of music, or perhaps it’s better to say the lack thereof. Even if his words glowed and were majestically propelled through the air on a “harp unstrung,” he has no certainty that they’ll have any positive impact on the listener. Still, ineffectuality aside, he also concedes that the world is better for having music: “I don’t know, don’t really care/ Let there be songs to fill the air.”

In the second verse, things turn much more somber, as the narrator, after wishing good tidings and full cups on his audience courtesy of that magical fountain, warns of a “road, no simple highway/ Between the dawn and the dark of night.” On this path the traveler will enjoy no company: “That path is for your steps alone.”

With these unanswerable mysteries still lingering, the chorus interrupts and the mandolin played by David Grisman seems to suspend the song in mid-air so Garcia can deliver the hauntingly lovely imagery of the chorus: “Ripple in still water/ When there is no pebble tossed/ Nor wind to blow.” We can envisage those lines, their inherent contradictions no match for the music’s ability to put them across.

The final verse returns to again strike a somewhat ominous tone, but the last line offers some consolation. “If I knew the way, I would take you home,” Garcia sings. That the narrator would offer assistance if he could is all the succor he can give to his companion, and somehow it’s enough. In this hard world, it has to be.

And if you do have to go it alone, there’s always music to bring along as company, which is what the final “la-da” singalong seems to suggest. The Grateful Dead played “Ripple” in their recent Fare Thee Well shows, and although they essayed it nicely, it could never have quite matched up with that original version on American Beauty. Maybe that’s because Jerry Garcia was only at those shows in spirit. Or maybe it was just that the studio perfection of “Ripple” couldn’t be improved upon, even by the world’s most renowned live band.

Photo by Jamie Street on Unsplash 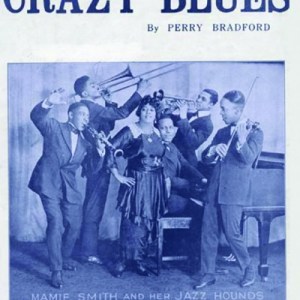 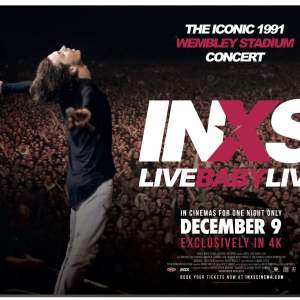