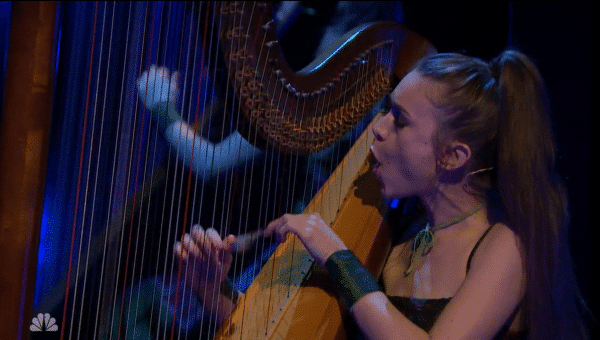 It’s commonplace for late night television to feature lo-fi indie bands and flashy pop performances, but it’s not every day that viewers get a chance to see a harpist. On Wednesday night, folk singer and harpist Joanna Newsom took the stage on Late Night with Seth Meyers to perform her song “A Pin-Light Bent.” The track is off Newsom’s most recent album, Divers, which she released in 2015 to critical acclaim.

The stripped down performance featured Newsom alone on stage–surrounded by three mirrors–with only her harp and delicate vocals. Watch the captivating performance below.

In addition to her performance, Newsom sat down with Meyers to discuss the challenges of touring with a harp early in her career as well as her reactions to having her music described as “elf-like.” Newsom also told the story of how she met her husband Andy Samberg, whom Meyers worked with during his time on Saturday Night Live.

Newsom will play a short string of tour dates this spring with support from Fleet Foxes frontman Robin Pecknold. A full list of stops can be seen below. 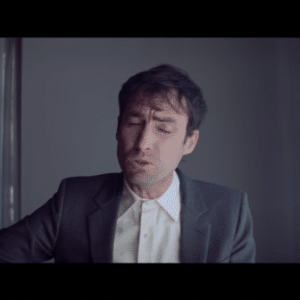 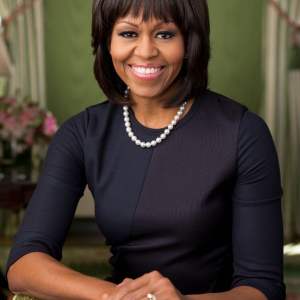