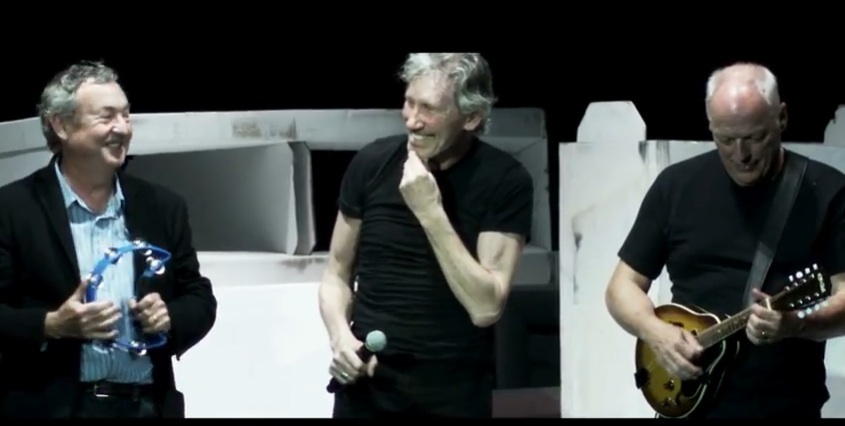 On May 12, Roger Waters welcomed two special guests on stage at London’s 02 Arena for the closing number as part of his The Wall Live tour. Those guests were long estranged bandmates David Gilmour and Nick Mason.

The trio last performed together as part of the Live 8 concert in 2005, alongside keyboardist Richard Wright, who passed away in 2008 . Before that, the members of Pink Floyd were on famously icy terms with their former bassist and chief songwriter, Roger Waters.

No doubt, those who were there had their minds fully and completely blown. Thankfully, this ultra crisp YouTube footage, uploaded by David Gilmour himself, exists for the rest of us.