Bonnaroo Music and Arts Festival is here! This year, the annual four-day festival will begin on Thursday, June 13, and musicians will continue to play until Sunday, June 16. With popular headliners like Phish, Childish Gambino, and Post Malone, the festival sold out for the first time since 2013.

Here at American Songwriter, though, we have our own list of performances we are particularly excited about. Check out a few of the artists we are most eager to see below.

Faye Webster
At just 21 years old, Faye Webster released her third album, Atlanta Millionaires Club, this April. The alt-country album features both hip-hop and bedroom pop influences that compliment, rather than contrast with, one another. Listeners looking for a more mellow sound should consider sauntering towards Webster’s performance on Sunday afternoon under That Tent at 12:45 pm.

Kacey Musgraves
Since releasing her fourth studio album Golden Hour, six-time Grammy-winning artist Kacey Musgraves continues to excite audiences through her “Oh, What a World Tour.”  At this year’s Coachella, Musgraves became the first-ever female country artist to perform at the festival. Musgraves will continue to win listeners over during festival season with a sound that pushes the limits of country music at Bonnaroo this weekend. She will perform Saturday night at 7:30 pm on Which Stage.

King Princess
Similar to when she refused to sign a record deal at age 11, King Princess refused to open for Harry Styles at Madison Square Garden in 2018. This year, however, she accepted the invitation to perform on the Bonnaroo stage. The 19-year-old singer-songwriter catapulted her career with boundary-pushing songs like “1950.” The Brooklyn native will perform a multi-instrumental act in This Tent on Sunday at 8:15 pm.

Republican Hair
Fans of heady, derisive punk will gravitate towards Nashville native Republican Hair’s show. Republican Hair, who writes songs for artists including Eric Church and Kacey Musgraves, made his own name in the music industry when he released High and Tight in 2016. The band is a project of songwriter Luke Dick, who continues to make heads nod with his latest single “Chaotic God,” another rebellious punk-rocker. Republican Hair will be performing on the Who Stage, Saturday evening at 9:45 p.m.

Ida Mae
Less than a week after releasing their debut album Chasing Lights, British duo Ida Mae will perform under Bonnaroo stage lights. Ida Mae members Chris Turpin and Stephanie Jean will make listeners sway to their sultry acoustic sound, while their evocative lyrics are sure to inspire a deep narrative connection. The pair will appear on Who Stage, Friday afternoon at 1:15.

Grammy Award-winning singer and songwriter Solange Knowles will continue to use her voice to tell important stories while performing at Bonnaroo this weekend. Solange’s career began in 2002, yet she has not lost momentum. After receiving Glamour’s Woman of the Year Award and Billboard’s Impact Award in 2017, Knowles became Harvard University’s Artist of the Year in 2018. Following these prestigious awards, Solange garnered more acclaim for her latest album When I Get Home, which was released in March of this year. Solange’s set will begin at 10 pm this Friday on the Which Stage. 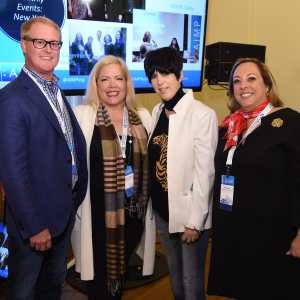 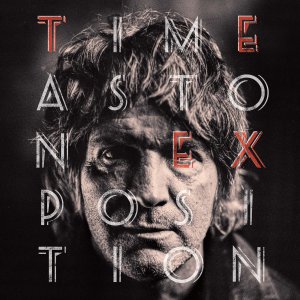