Nominations will be managed via a partnership with Official.fm and can be submitted by all U.S. independents for the below categories. Additionally, the A2IM Libera Award for “Up & Comer Artist presented by eMusic” will consist of two awards, determined by two separate votes: one by the A2IM member community and another by an eMusic member vote – giving both the music industry and music fans the opportunity to choose the next breakthrough independent artist(s).

Award: Independent Album of the Year presented by Official.fm

Award: Up and Comer Award presented by eMusic – celebrating the next independent label superstar artist; to qualify artist must have total career sales not exceeding 5000 full length albums or 25,000 tracks (combined)

Award: Video of the Year

Award: Best Sync Usage – for the most creative or most impactful use of independent music in a film/tv/ad campaign

Award: Music Supervisor of the Year – for the music supervisor/licensing person who was especially supportive of independent music labels and artists in the last 12 months

Award: Light Bulb Award – celebrating the most innovative/creative marketing campaign by an independent label or artist in the last 12 months

Award: Road Warrior of the Year – celebrating the independent label band/artist that worked hardest at their job in the last 12 months

Award: 21st Century Award – celebrating the service provider or platform that was most beneficial to independent labels and artists in the last 12 months

Award: Creative Packaging Award (Physical or Digital) – celebrating the best or most creative packaging – including bundled packages, premium offerings or artwork/design packaging – from an independent label or artist in the last 12 months

“We recognize the importance of independent labels, artists and other music professionals and giving them the tools they need to promote themselves smarter, faster and more simply online,” said Amaechi Uzoigwe, Head of Business Affairs and Content for Official.fm. “We’re proud to be a sponsor of the 2012 Libera Awards. Official.fm will be the vehicle for showcasing the nominees’ music, and will empower social, digital and mobile conversations amongst fans and voters. We wish all the nominees the best of luck.”

“We’re thrilled to support the inaugural American Association of Independent Music Libera Awards,” said Molly Neuman, VP of Label Relations and MD Europe, eMusic. “Through this partnership, we’ll be giving members a unique way to participate in the exciting conversations about who will be the next big independent music superstar.” 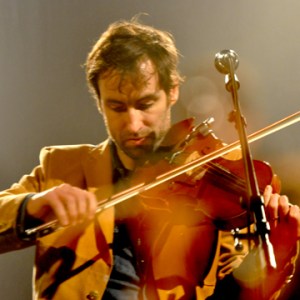