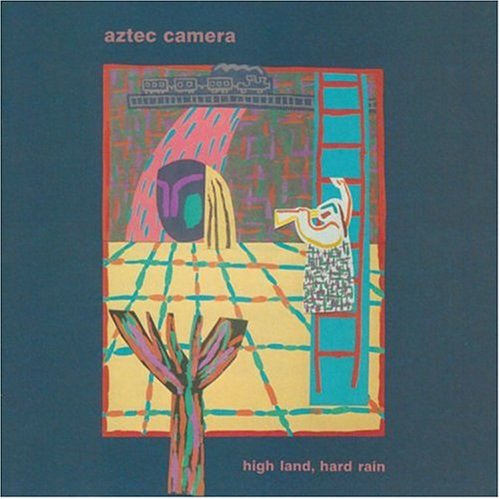 Roddy Frame is the textbook case of a young, precocious, impossibly talented artist who, after delivering a wonderful, even legendary debut, never truly found his voice again. Listening back to the UK’s Frame, the founding and only consistent member of his own Aztec Camera band, singing heartfelt folk/pop tunes he predominantly wrote when he was 18 on 1983’s High Land, Hard Rain, it’s clear he’s worldly, gifted and wise beyond his years.

Surely one of the finest first albums of the ’80s, Frame never followed through on his promise. His distinctive voice, somewhat similar to Paul Weller’s, reverberates with sincerity and a confidence on ten songs that matched sweet, instantly hummable melodies with impassioned, unpretentious singing and a clarity of vision that merged jazzy elements with easy on the ears soulful pop. The opener, “Oblivious,” consolidates all of that into three minutes and fourteen seconds of pure aural bliss. And it’s just one of the classy, beautifully crafted tunes that made Frame such a prodigy.

Both “Pillar to Post” and especially “We Could Send Letters” haven’t lost a bit of their melancholy power or sweet, glistening glimmer. Only the unfortunate use of dreaded syn-drums, so fashionable at the time, keeps this from sounding as timeless as the songwriting and Frame’s mature approach deserves. Still, anyone even remotely interested in 80s Brit pop of the La’s, the Style Council, the Smiths, and Lloyd Cole among others, needs to have this in their collection. With newly remastered sound and a second disc of worthwhile rarities including live tracks, remixes, B-sides and the like, even fans would do well to take the plunge on this refurbished, expanded reissue of an album that Frame, despite multiple later attempts both under the Aztec Camera moniker and later his own name, never could build a career on.