A big part of celebrating the holiday season comes from decorating the Christmas tree with family, baking cookies to leave for Santa, and — of course, listening to Christmas music that’s been loved for generations.

And while Bing Crosby and Dean Martin will always hold a special place in the hearts of classic Christmas music lovers, there are certainly covers of Christmas songs that have stood the test of time and faired well compared to the originals. And we’ve got the perfect list of song covers for your holiday enjoyment, ranked!

This classic song was covered by many artists and popularized by Bing Crosby in the early 1950s. But when soulful Canadian singer Michael Buble decided to add his own rendition of the song for his 2011 Christmas album, it was clear that this newer production of the song would be a hit as well. Bublé also included slow and smooth covers of popular holiday songs “Santa Baby” and “Jingle Bells” for his holiday album.

#7 Have Yourself A Merry Little Christmas by Luther Vandross

Popularized by Judy Garland in the 1944 film Meet Me In St. Louis, “Have Yourself A Merry Little Christmas” is treasured by many due to it being equal parts melancholy and sentimental. Luther Vandross, known for his own popular R&B music and strong, soothing vocals, covered this holiday favorite for his 1995 Christmas album This Is Christmas. Similar to Garland, Luther Vandross delivers the lyrics in a slow, melodic way. But his version is also filled with appropriate piano and saxophone notes.

#6 Santa Claus Is Comin’ To Town by The Jackson 5

This song originally dates back decades before it was covered by the Jackson 5 during the 1970s, and has also been covered by the Supremes, the Beach Boys and a few other artists.

But there’s something about the Jackson 5’s version that reigns as the best. Featuring a young Michael Jackson singing alongside his brothers, this song will add a lively touch to your holiday playlist and will leave you dancing in the kitchen.

Perhaps the only other person to rival and complement the strong voice of Bing Crosby is Frank Sinatra, the late American singer popular for songs like “Fly Me To The Moon” and acting in Hollywood films. His own cover of the Christmas song “White Christmas” in the 1940s likely contributed to him later linking with Bing Crosby for a duet of the song in the 1950s.

#4 Silent Night by The Temptations

This Christmas cover pays homage to the original classic song, while also adding a slower R&B flair to the tune. The extra lyrics and harmonies do make the song longer than the traditional version, but it’ll definitely get you in the holiday spirit.

One of the most covered Christmas songs, “Baby It’s Cold Outside” tells the story of two people who make excuses of it being cold outside to keep from being apart. And with a grand piano in the background, this cover with Tony Bennett and Lady Gaga sets it apart with their clear and distinct vocals and overall song chemistry.

Mariah Carey is no stranger to tackling holiday songs. Her 1990s hit “All I Want For Christmas Is You” continues to dominate the charts, even recently hitting #1 on Billboard’s Streaming Songs chart, and even recently climbed its way to the #1 spot on Billboard’s famous Hot 100.

So it’s obvious that Mariah Carey also wins at Christmas covers, too. Her famous 1994 album Merry Christmas features her original Christmas hits along with her own versions of “Joy To The World” and “Silent Night.” “O, Holy Night” showcases her smooth and powerful vocals while also reminding us of togetherness and giving, the reason for the season in the first place. And if we’re being honest, a post-90s holiday season just isn’t the same without Mariah’s Christmas crooning thrown into the mix.

#1 White Christmas by The Drifters

This is one Christmas cover that’s as heard around the holidays as the original. The Drifters decided to take their own spin on the classic song “White Christmas,” popularized by Bing Crosby in the 1940s, in the mid-1950s.

A bit more lively and fast-paced than the original, The Drifters’ version is mostly popular from its use in the Home Alone movie and soundtrack. Their classic do-wop style inspired their unique take on the song, and gave us the cover we love decades later. This is the song to get things shaking at the holiday party or as the perfect background music for Christmas Eve festivities. 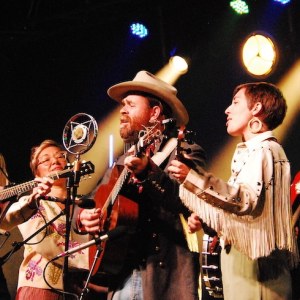 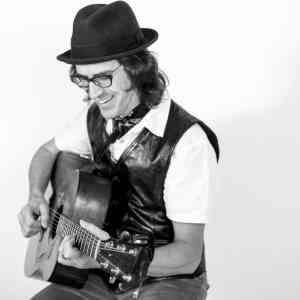