Maybe holding a party in a place called Weather Up offers an extra edge, but the rain promised for Wednesday’s fifth annual Billy Reid/Third Man Records Shindig, sponsored by American Songwriter, never materialized. Instead, the day remained bright and sunny for a lineup of rising stars. The music started at 11:30 a.m. with harmonizing Seattle foursome La Luz; by the time UK singer/songwriter Laura Marling completed her set of soulful, thoroughly unpredictable songs, nine acts had taken the stage beside the restaurant’s relaxing patio.

Three-time Mercury Prize nominee Marling, whose latest album, Short Movie, just came out this week, drew on a catalog that suggests references from Joni Mitchell and Laurie Anderson to fellow Brit Francis Dunnery. Her songs seem more like diary narratives than typical lyrics, and they’re filled with complex chord changes that never sound dissonant or boring. The galloping talk-sing of her new “Strange” was just one example of her ability to express thoughtful concepts in musically intriguing ways.

She followed Virginian Natalie Prass, whose pop-rock sound recalls that of her former boss, Jenny Lewis, with whom Prass played keyboards and sang prior to releasing her breakout self-titled debut. Wednesday, she alternated between keys and guitars, singing retro-styled tunes in a girlish soprano. After serenading a mini-Godzilla and handing out roses during her “motherfucking Disney princess song” (“It is You”), she correctly observed, “There’s a lot of great girl music up here today.”

Norman, OK’s Broncho brought the rawk, blending echoes of T Rex, the Ramones and Green Day; in fact, frontman Ryan Lindsey, who played the same ’62 Silvertone “toy” throughout their high-octane set, even bears a resemblance to a young Billie Joe Armstrong.

The laid-back crowd grew large for Hurray For The Riff Raff. That was hardly surprising, considering Segarra’s prowess as a songwriter and musician. From country and honky-tonk to bluesy R&B and melodic, retro-flavored rockers, she seems capable of mastering any style she wants. On “Summer of Surf,” keyboardist Casey McAllister even threw in a Farfisa-cheese-style lick.

Perhaps the refreshingly low-key day (even promotion was low-key; sponsor Martin Guitars had the biggest presence — one table and logoed laminate lanyards) was best characterized by a couple who traveled from Great Britain for their fifth March trip to Austin — and fifth Billy Reid/Third Man party. 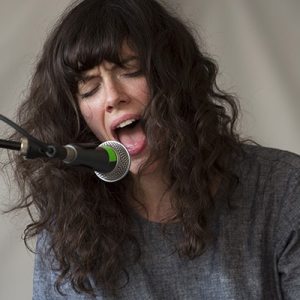 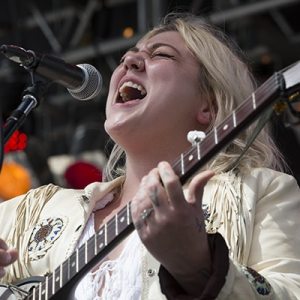