Over the weekend, Bonnaroo returned to the Farm in Manchester, Tennessee, for another year of music, art, food and community. For the first time since 2013, the festival sold out, likely thanks to a diverse lineup of headliners that included Cardi B, Phish, Childish Gambino, Kacey Musgraves and Solange. And for the first time since we can remember, Tennessee’s traditionally oppressive June heat did not make an appearance, a welcome omission from the festival lineup.

Several of us from AS ventured down to Manchester from Nashville for the festival, which we also documented on Instagram and in photos. It was a festival chock full of highlights to be sure, but below are some of our favorite acts we caught.

CHECK OUT THE PHOTO GALLERY

Thursday is always a lighter day for Bonnaroo, with many attendees still setting up camp during prime lineup times or not arriving until Friday. This year’s opening day brought the Grand Ole Opry back to Bonnaroo, with an all-star lineup including Steve Earle, Molly Tuttle, Ricky Skaggs and Old Crow Medicine Show. Caroline Rose, The Comet Is Coming, All Them Witches and The Nude Party rounded out an especially solid first day lineup.

Friday was all about headliners Phish and Childish Gambino, both of whom drew massive crowds to What Stage. Childish Gambino’s set was a true spectacle, with the beloved hip-hop artist descending upon the festival on a spacey, glowing platform. We also caught a set from Courtney Barnett, whose jaunty, literate indie rock was the perfect vibe for a summer Sunday night.

Nashville dominated the lineup on Saturday. (It’s worth noting, too, that Nashville represented all weekend at pop-up The Ville, a campground experience that featured local artwork, food and performances from acts like Charlie Worsham and Airpark.) Maren Morris delivered a spirited afternoon performance at What Stage, playing a number of songs, like “Gold Love” and “Shade,” from her acclaimed new album GIRL. She played some older hits, too, introducing her number one country single “I Could Use a Love Song” with a biting anecdote about a radio program director who told her no one listens to sad songs, and by praising the diversity of Bonnaroo’s lineup. She closed her set with pop crossover hit “The Middle.”

Kacey Musgraves took advantage of the outdoor venue to perform songs from her Grammy-winning album Golden Hour, playing her set at Which Stage during the “golden hour” leading up to sunset. Highlights included an ethereal take on Golden Hour opening track “Slow Burn” and a sing-along version of “Velvet Elvis,” complete with a call-and-response interlude (“When I say ‘yee,’ you saw ‘haw'”) from Musgraves. Musgraves and the band also worked up a glistening cover of the Flaming Lips classic “Do You Realize??” especially for Bonnaroo, which will hopefully remain firmly in their live set for future shows.

Other Saturday highlights include a fiery set at That Tent from Shovels & Rope, a full-band performance from Jim James, and, of course, an appearance for the ages from John Prine, who packed out That Tent with cuts from both his latest album The Tree of Forgiveness and classic fan favorites. The National closed Saturday out for us with an electrifying Which Stage set that drew heavily from the band’s excellent new album I Am Easy to Find.

Sundays at Bonnaroo can sometimes feel sleepy, but this year’s was anything but; with Phish returning for a second headlining set, the crowd barely thinned out. Our day kicked off with a triumphant set from Brandi Carlile, who, in addition to performing pitch-perfect takes on favorites like “The Joke,” brought Tanya Tucker on stage to join her on Tucker’s new single “The Wheels of Laredo.” Mac DeMarco kept things chill with cuts from his new album Here Comes the Cowboy, while Cardi B set Bonnaroo ablaze with hits like “I Like It” and “Drip.” Cardi had a bit of a wardrobe malfunction during her set, briefly running off stage and coming back out in a bathrobe after her outfit ripped. That was a good enough sign for us to head home to our bathrobes, too, after one of the best Bonnaroos yet. 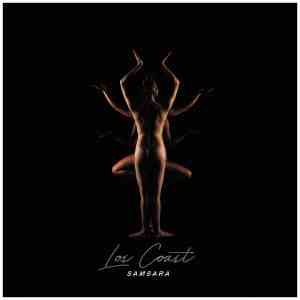 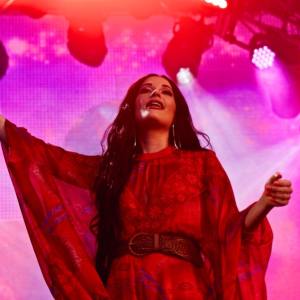