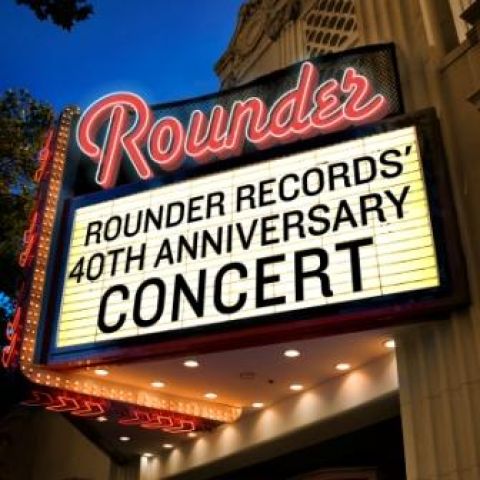 Rounder’s creative and marketing functions will continue to be based in Boston and its owners and founders Ken Irwin, Bill Nowlin and Marian Leighton Levy will remain active with the company in a creative and advisory capacity. The company’s senior management will also remain in place: John Virant will continue as the President of Rounder; Sheri Sands will stay on as General Manager. Operating synergies will be achieved by combining the sales, administrative and support functions of the two companies.

Rounder, founded in 1970 by Cambridge folkies, Irwin, Nowlin, and Leighton Levy, has been at the center of nearly all of the American roots revivals that have reshaped the music world in the last 40 years. The self-titled 1975 record by J.D. Crowe and the New South (featuring future stars Ricky Skaggs, Tony Rice and Jerry Douglas) revitalized bluegrass and inspired such modern superstars as Rounder’s own Alison Krauss, who is the most decorated female artist in the history of the Grammy® Awards and has also sold over eight million albums and DVDs. Her collaboration with Led Zeppelin front-man Robert Plant on the album Raising Sand emerged as one of 2007’s major critical and word-of-mouth sales success stories. The album was RIAA certified platinum in early 2008 and won five Grammy® Awards including Album and Record of the Year in 2009. An unequaled leader in the preservation and re-release of precious historic recordings, Rounder has brought the music of Jelly Roll Morton, Woody Guthrie, Lead Belly, the Carter Family, Jimmie Rodgers and Mississippi John Hurt back to vibrant life. In addition, their dazzling work on the epic anthologies from the Library of Congress and the Alan Lomax Collection has been universally respected and admired.

Glen Barros, President and CEO of the Concord Music Group, said, “The combination of Concord and Rounder makes so much sense on a creative, strategic and cultural level. With the addition of Rounder, Concord is gaining a magnificent catalog of recordings, the opportunity to work with more of the world’s most amazing artists and a company filled with some great people. Plus, Rounder’s uncompromising commitment to authenticity and intense independent spirit is perfectly in line with everything that Concord is about.”

Norman Lear, Concord Music Group Chairman and co-owner added, “We couldn’t be more honored to join together with Rounder in our collective mission to deliver great, timeless music.”

Marian Leighton Levy, co-Rounder Founder, concurs and adds, “For us, it’s always been about the music. We have long been aware of Concord’s commitment to great catalogue labels within a vibrant and contemporary independent context, and feel the Concord Records Group provides not only a great home for our music and artists, but also a stronger and more secure position going forward.”

John Virant, President of Rounder, said “We’ve always been the little label that could, and our new affiliation with Concord – another fiercely independent organization that shares our core values — ensures that we can remain true to our central calling: discovering and nurturing quality musical talent.”