Midway through Drive-By Truckers’ set Thursday night at the Ryman, Patterson Hood casually remarked that an old friend would be joining them for the next song.

At that point, Jason Isbell emerged from the wings of the stage and strapped on a guitar. The band then broke into “Heathens,” a song from its 2003 album Decoration Day.

The smartphones quickly went into video mode, as Isbell (who parted ways with DBT in 2007) served up some tasty licks on guitar and provided background vocals (watch the performance below). Isbell’s appearance was unaffected, and he blended seamlessly into the rhythm of the show midstream. Indeed, this was not David Lee Roth careening onstage with his estranged Van Halen bandmates at the VMAs.

After the song, as Isbell made his way around the stage offering hugs and handshakes, Hood quipped, “Who is that masked man?”

VIEW THE PHOTO GALLERY FROM THE SHOW

Seeing Isbell onstage with Hood and Mike Cooley, it was remarkable to consider that an American band once featured three songwriters of such prowess and talent, with each possessing a distinct vibe and authorial voice, operating as a collective whole.

But as cool as the Isbell appearance was Thursday night, the band was doing just fine on its own. Hood has remarked in interviews that this is one of his favorite iterations of the Truckers, who seem recommitted and charged with newfound purpose. Thursday night’s show sported an intensity and fire reminiscent of some of their shows in the early aughts, albeit with less whiskey flowing on the stage.

Clearly, this is a band whose songwriting and live show have been galvanized by the political events of the day, and much has been said about the Clash and Kendrick Lamar’s To Pimp A Butterfly serving as the spiritual guideposts for DBT’s latest offering, the critically-lauded American Band.

Much of DBT’s extensive song catalog has dealt with the ironies and complexities of southern American history (perhaps most directly on Southern Rock Opera, in which the band explores the “duality of the Southern thing,” as Hood put it.) DBT’s origins are small-town, red-district Alabama, but it is clear on which side of the political fault line the band falls, as a “Black Lives Matter” sign hung from the stage throughout the night.

That being said, there were no lectures from the stage, no sloganeering, just the songs, hillbilly elegies of sorts that voiced the current desperation of working-class America. As Hood sang on “The Righteous Path”:

I got a couple of opinions that I hold dear
Got a whole lot of debt and a whole lot of fear
I got an itch that needs scratching but it feels alright
I got the need to blow it out on Saturday night
I got a grill in the backyard and a case of beers
Got a boat that ain’t seen the water in years
More bills than money, I can do the math
I’m trying to keep focused on the righteous path

Or as Cooley sang on “Where the Devil Don’t Stay,” a tune about moonshiners in Depression-era Alabama:

It came as no surprise that DBT covered Bruce Springsteen’s “State Trooper,” a song about a paranoiac criminal on the run, and closed with Neil Young’s “Rockin’ In The Free World,” a tune that will undoubtedly be covered by a lot of rock bands in the coming years.

Opening the show was Louisiana native Kyle Craft. A glam-folkie who released his debut on Sub Pop last year, Craft closed his set with a solo acoustic performance of “Before The Wall,” which conjured up Dylan’s old chestnut “With God On Our Side.”

If the wall it goes up and your Jesus comes back
And he knocks on the door will you stand to attack
If he don’t have his papers and he don’t have much cash
Would you take him in, jail him, or just send him back?

The crowd, something of a choir, ate it up.

Set List
Guns of Umpqua
A Ghost to Most
Goode’s Field Road
Filthy and Fried
The Righteous Path
Kinky Hypocrite
Buttholeville
State Trooper (Bruce Springsteen cover)
Where The Devil Don’t Stay
Ever South
Made Up English Oceans
Heathens (with Jason Isbell)
Zip City
Sink Hole
First Air of Autumn
What It Means
Surrender Under Protest
Ronnie and Neil
Ramon Casiano
Let There Be Rock
Shut Up and Get on the Plane
Hell No, I Ain’t Happy
Rockin’ in the Free World (Neil Young cover) 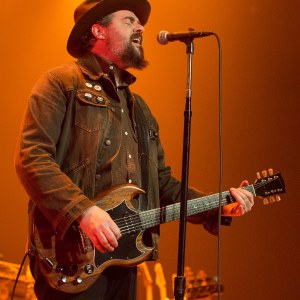 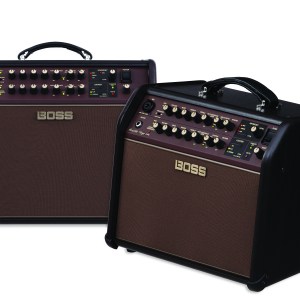