Emerson Hart, acclaimed singer-songwriter and lead singer of Tonic, gives fans a first taste of his upcoming solo album by way of the soulful first single “Lucky One“.

We often hear of writers setting out to pen the “great American novel” as an ode to an epoch of history to which they can speak at length. By the same token, Emerson Hart assembled a sonic version of this in the form of his third full-length titled 32 Thousand Days out December 13, 2019.

“Lucky One” is a testament to love. Sometimes, when life is really at its lowest, it’s actually at its best. When you learn the hard lessons, that’s when you sacrifice and truly fall in love. I was thinking of my stepfather in his twenties and the girls he met after the second World War, finding love, and making it through everything ultimately,” Hart said.

Hart’s upcoming album tells the great American story of his 93-year-old stepfather (Arthur) who is a New York City native, lied about his age to join the merchant marines at 16-years-old and fought bravely in World War II. Hart takes the listener on a journey by examining the myriad of Arthur’s experiences during his life as well as his own.

“He’s a big reason for my career in music,” says the Nashville-based singer and songwriter. “When I was a teenager, he gave me a lot of freedom. At times when he should’ve been having a talk with me, he’d just give me twenty bucks and say, ‘Go buy some music’-and I would. He knew when to let me find myself. That persistence carried me through my career and so this album is inspired by his 93 years of living and what that might look like if I try to look through his lens.”

Emerson is no stranger to penning hits over his 25-year career creating works of art that resonate with fans and quickly become classics. He fronts the multi-platinum GRAMMY® Award-nominated alternative rock institution Tonic that has racked up six Top 10 singles including “If You Could Only See,” which was the No. 1 most-played rock song of 1998. Tonic has sold over 4 million records, received multiple Grammy nominations, and toured the world.

In addition to Tonic, Emerson built a growing solo discography. 2007’s Cigarettes & Gasoline garnered tastemaker praise and yielded two Top 20 singles. In 2014, Beauty In Disrepair arrived as a fan and critical favorite lauded by USA Today, Huffington Post, Guitar World, and many more. Following a rigorous tour cycle, he buckled down at his Nashville studio and set about crafting 32 Thousand Days in early 2018.

This time around, he embraced a minimalist organic approach when it came to instrumentation. The sonic simplicity drew focus towards the story itself allowing it to be more raw and stripped down to reflect the narrative of Arthur’s journey above the production. For the first time, he utilized pedal steel, enriching the musical backdrop with an artful and airy twang. However, the acoustic guitar provided what he refers to as “the main anchor for every song.” After eight months of writing, he tracked the entire album in just two weeks.

Stay tuned for more music from Emerson Hart in the coming weeks! 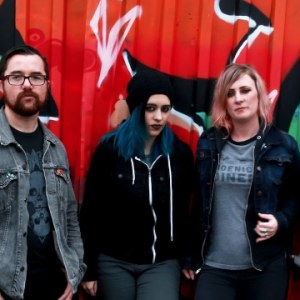 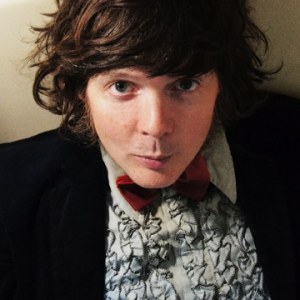