There’s a new wave of artists hitting country music and it couldn’t have come at a more perfect time. And perhaps the one creating the most buzz is Gabby Barrett.

The 19-year-old Barrett first burst onto the national music scene during the 17th season of American Idol in 2018. From an outsider’s perspective, it would seem as if Barrett has quickly risen to stardom but as any musician knows, it takes time.

“It’s been a 360 but it took some hard grinding after coming off of American Idol” says Barrett. “It’s not this overnight success that everyone sometimes tends to make it out to be. Once you get off American Idol, you’ve got to start with songwriting and figure out what you’re good at and what your weaknesses are. You’ve also got to strike while the iron is hot and build the correct team around you because it takes a village and fortunately I’m around the right people who’ve helped me get to where I am.”

This core group of people has helped Barrett in becoming one of country music’s newest female superstar with singles like “I Hope,” which reached the No. 10 spot of the Hot Country Songs chart. This is the first Top 10 hit by a debut female solo act since Carly Pearce in 2017.

As a new artist, one of the biggest concerns is the first music release. There’s often some anxiousness in seeing reaction from fans and Barrett couldn’t feel better about it.

“It’s been a wonderful year since the release. I’m blown away by what a year can do. We were confident in choosing it as the debut song apart from American Idol but you never know how people are going to react to it so I’m really blessed and fortunate to see people taking a liking to it.”

Her latest single “Hall of Fame” was released in January and was inspired by her husband Cade Foehner, a fellow American Idol alum.

Her and Foehner tied the knot in the fall of 2019 and her latest single talks about the commitment he has for her. Part of this commitment involves making each other a priority and for the newly-weds who are both musicians.

“A lot of people ask how you balance having a music career and being a newly-wed couple and I just think it’s important to establish what your priorities are in order to have a healthy marriage. One of the biggest things for me is prioritizing time and that’s one of the key things I’ve learned from being so busy. It also helps that my husband is a musician because he understands and supports how much time it takes up.”

With a year of touring in front of her and two singles to promote, Gabby Barrett has a busy 2020 ahead of her. She will be showcasing these new songs at concerts and even festivals like Stagecoach and Tortuga. To get a complete list of dates, visit her at GabbyBarrett.net.

“I Hope” and “Hall of Fame” are available on streaming platforms everywhere today! 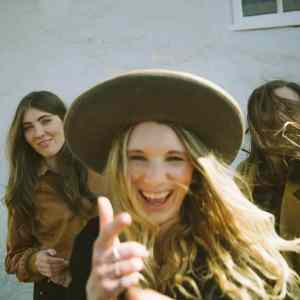 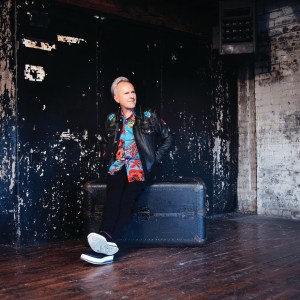