It’s that time of year again, with Halloween on the horizon, there are decorations, costumes, jack-o-lanterns, and all the individually wrapped candy you can handle.

It is also a great time to catch up on some of the newer horror movies or revisit some of the classics. We thought we could help you decide which films to put on your watch list by listing three horror movie cameos done by some familiar faces.

Chris Isaak – Silence of the Lambs

The 1991 horror film Silence of the Lambs has become a staple in the genre. We follow our hero Clarice Starling, played by Jodie Foster, as she attempts to capture the serial killer known as “Buffalo Bill”.

In doing so she enlists the help of Hannibal Lector, an extremely bright psychiatrist imprisoned for serial murder and cannibalism. Anthony Hopkins puts on a terrifying performance as Lector and steals the show.

That is, until a particular elevator scene.

It’s a high tension scene, with SWAT officers all over the place. There’s a close up, and… wait, is that Chris Isaak? He plays one of the SWAT members and has a few lines of dialogue. He gets a decent amount of screen time during the scene, and his acting is actually pretty good.

If you’re looking for a classic horror movie to put on your list this season, this should be near the top.

Freddy Kreuger and the Nightmare on Elmstreet series are classics in the slasher genre of horror films. Freddy’s Dead: The Final Nightmare was the sixth installment in the series, released in 1991.

This movie is actually full of cameos including the likes of Roseanne Barr and Johnny Depp. The cameo we’re focused on is one by the one and only Alice Cooper.

During the film we learn about Freddy’s past, and in one of the dream sequences we’re shown a young Freddy physically beaten by his foster father, played by Cooper. He’s not the greatest actor here, and if you’re aware of who Alice Cooper is it’s very clear this is ‘Alice Cooper playing a character’ as opposed to a ‘great character played by Alice Cooper’.

Still, if you’re into Nightmare on Elmstreet this is worth a watch – it’s a fun way to kill an evening and watch some of your favourite stars join in on the fun.

A lesser known film, The Hunger is an artful horror movie about a vampiric love triangle. Released in 1983, it received mixed reviews when it was originally released but has become a cult classic due to the atmosphere, goth elements, and of course, David Bowie.

David plays one of the vampires – John, a talented cellist from 18th century France. When asked about what he thought about the film, he stated: “I must say, there’s nothing that looks like it on the market. But I’m a bit worried that it’s just perversely bloody at some points”.

Check this one out if you’re in the mood for something a little different this Halloween. 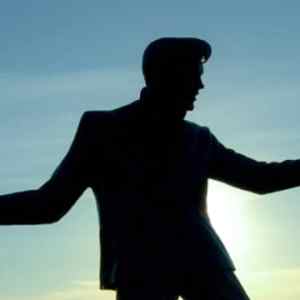 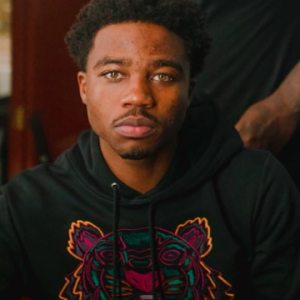