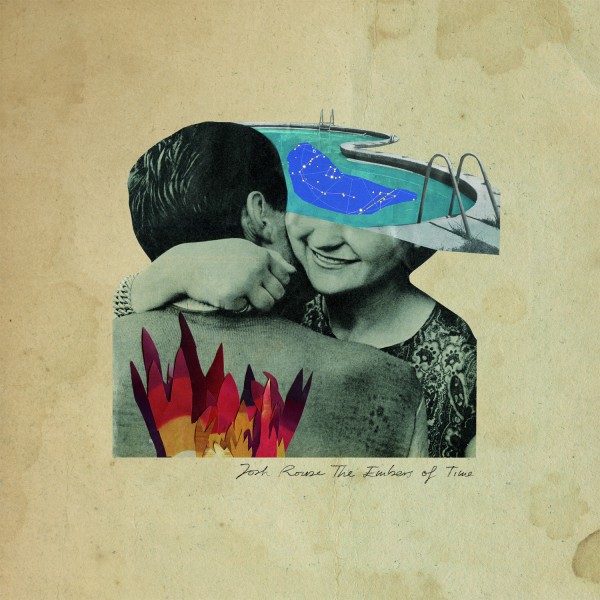 Josh Rouse: The Embers of Time “I keep on moving/I can’t slow down/the last few years it’s been a struggle/to get along and hang around,” admits veteran singer-songwriter Josh Rouse on the revealing opening entry of what he calls his “surreal ex-pat therapy record.”  The upbeat string enhanced shuffle is driven by brushed drums and Rouse’s typically warm vocals on a track that feels like Nilsson’s version of “Everybody’s Talkin’.” The breezy arrangement, complete with jazzy vibes, nearly obscures the darkness in the lyrics of a man coming to terms with his age and restless nature.

That’s the general blueprint for this attractive set of philosophically questioning folk/pop that bears intermittent musical similarities to Paul Simon’s pre-Graceland solo work, a comparison made more relevant due to similarities in their voices and a sonic approach that incorporates subtle jazz influences. Songs such as the reflective “Time” and the JJ Cale inspired “Worried Blues” practically obscure their dark, concerned, introspective lyrics (“I got a stack of bills this high,” he relates in the latter) with sunshiny melodies created to provoke smiles as opposed to furrowed brows.

A few selections such as the more oblique “Ex-Pat Blues,” prodded by Nick Drake styled skeletal acoustic guitar, and “Pheasant Feather” that shifts from stripped down to a full blown epic with orchestration, more accurately reflect his inner turmoil. But most stick to buoyant arrangements and occasionally even concern cheerful topics such as the shuffling “You Walked Through the Door,” a charming love song to that special someone. Rouse will never be as good as Simon or Neil Young and he admits as much on “New Young,” a tribute to the Canadian musician’s Harvest period complete with harmonica that sounds like Neil himself walked in the studio to lay it down.

But that doesn’t mean this short (under 35 minute) set doesn’t have its share of memorable moments as Rouse uses his recent psychoanalysis sessions to question universal questions of our place in life as we age. That he does so with such beautifully crafted, hummable pop songs is a testament to his long established talents as one of America’s more overlooked singer/songwriters.