Montreal’s Leif Vollebekk wrapped his latest record with the release of a video for the album closer “Apalachee Plain.” The cinematic exploration of this track elucidates his search for a resolution as he separates himself from someone he loves.

The video concludes his album, New Ways, released in November via Secret City Records. ‘New Ways’ is the follow-up to his 2017 album ‘Twin Solitude,’ which was a Polaris Prize finalist and earned him his first Juno nomination.

Video Director, Joe Connor, used mixed media, portrait photography, and sprawling Icelandic landscapes to create what he described as an “other-worldly vibe”. It captures Vollebekk, glazed with rain, sharing the stage only with wild Mustangs and the scenic backdrop. The black-and-white cinematography and simple scenery remove distraction and keep Vollebekk and his lyrics as a focal point of the storyline.

The imagery of the horses came from a revisited memory. “A few years ago, I was driving through the painted desert and saw a lone mustang running alongside the road. He looked so free. He seemed to know everything. That image came back to me when I wrote it,” says Leif.

The setting was nostalgic in some ways.

“I told Joe I thought the Snæfellsnes peninsula would have the right feeling for this song. It had been years since I’d been there, but it’s often in my mind,” shared Vollebekk. “When he sent me back the footage, it made me hear the song better,” he said. “Somehow Angie’s harmony is clearer, and even more beautiful than I’d remembered. The whole song sounds better to me now.”

Vollebekk wrote “Apalachee Plain” in one sitting. However, it took many different forms until it came into the plaintive song this video encapsulates. Originally, Vollebekk wrote the song for the piano. When it did not play as he imagined, Vollbbekk picked up an acoustic guitar. With the addition of harmonica, pedal steel, and layered vocals, the song began to change course. The final product was a soulful country song that was recorded at Capitol Studios in Hollywood with accompaniment from Australian singer-songwriter Angie McMahon and legendary pedal steel player Cindy Cashdollar.

‘New Ways’ is an intimate set of songs. “Anything that I wouldn’t ever want to tell anyone—I just put it on the record,” said Vollebekk. He compared listening to the album in its completion to re-watching a film. “Now the moments didn’t feel fleeting—they felt eternal, almost fated,” he remembered. “The songs spoke to me differently, but they hadn’t changed. I just heard them in New Ways.”

Look out for Leif Vollebekk on the road: 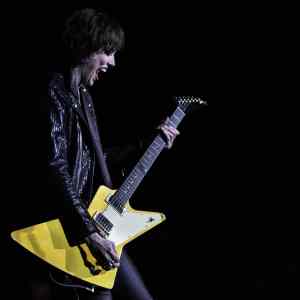 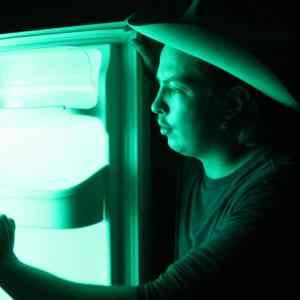