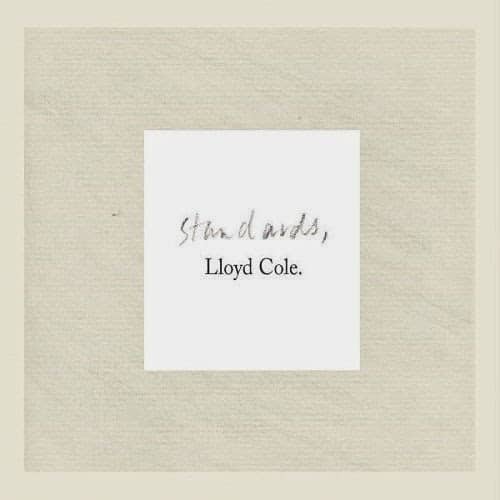 Much is being made of this as a return to plugged in rocking after nearly a decade of softer, or as Lloyd Cole calls them, more “age appropriate” releases. Partially inspired by Dylan’s tougher approach on 2012’s Tempest, Cole rounded up some of the same musicians he used on his earliest, and hardest rocking 90’s albums (the duo of Material/Lou Reed drummer Fred Maher and bassist Matthew Sweet, taking a break from his own frontman activities, serves as this disc’s sturdy rhythm section) to tackle this 11 song set.

While the results are impressive, only about a third rocks in the traditional sense, and even those songs are more tense and restrained than wild volume and guitar solo enhanced blow-outs. The rest falls comfortably into a tough, malleable and occasionally mellow groove, similar to Cole’s first albums with his Commotions band. There’s plenty of Dylan and Dream Syndicate influences throughout, especially in the Byrds-styled “Period Piece” and “Diminished Ex” where Cole pinches his voice like Bob did on Highway 61 Revisited.

Despite the implications in the disc’s name, only the opening track, a cover of John Hartford’s “California Earthquake” that Cole and his band attack like a dusted up Lou Reed rocker, is not an original. The material often revels in Cole’s dry humor, in particular on “Women’s Studies” (“..the bars are filled with lawyers, filing actions two by two/through the valley of the women, that I am not married to”), which also references Dylan’s 60’s style. The opening to “Opposites Day” seemingly pays tribute to Television’s similarly styled “Marquee Moon” and the rest drives with that band’s knife-edged attack, minus Tom Verlaine’s extended, gnarled guitar solos for this album’s most taut track .

Cole has written a batch of terrific songs and turns in some of his most passionate and committed performances. The tunes are literate, often wickedly funny but remain laced with Cole’s smooth hang-dog vocals. It’s unusual for someone most would consider a “cult” artist to do such superb work this far into his career but Standards shows that Cole’s muse has returned. Between the quality of the songwriting and the taut yet supple backing band it’s as good as, and at times better than, anything in his already striking 30 year catalog.