Four years ago, a relatively unknown, small town kid from small town Tennessee moved to Nashville and nervously sat down alongside famed songwriters Craig Wiseman and Jamie Moore to write a song called “Chasin’ You.”

That kid was Morgan Wallen.

And that kid had no idea if he actually knew how to write a song.

“I knew that I could sing, but I didn’t have a clue if I could write songs,” the now 26-year-old tells American Songwriter backstage in Chicago minutes before taking the stage at a recent show on his recently completed “Whiskey Glasses Roadshow” tour. “‘Chasin’ You’ really propelled me and gave me a lot of confidence that I might be able to do it.”

And do it…he did.

In the past four years, Wallen would grab writing credits not only on 6 of the 14 songs of his current album, but also a bevy of songs for other artists, including Jason Aldean’s number one smash “You Make It Easy.” On Thursday (Jan. 30,) Aldean and Wallen will reunite as they head out on the “We Back Tour,” leaving Wallen to wonder where the years have gone.

“Everything was different back then,”  Wallen says, recounting those uneasy days at the beginning of his career. “Me and my guitar player (Dominic Frost) shared an apartment before I got my record deal and wondering how we were going to pay rent sometimes and things like that.”

He pauses, sweeping his newly trimmed hair out of his eyes for a second.

“It was a long time ago, especially when you think about everything that has changed in my life.”

Heck, back then, Wallen admits that he didn’t have a clue as to what a record deal actually entailed.

“I had no idea what to expect,” recalls Wallen, who is also set to head out this summer on tour with Luke Bryan beginning May 28. “But, I learned really quick. (Laughs.) I learned that just because you get those deals doesn’t mean that you have made it. Granted, it’s a good step, but I had to go home and start writing good songs.”

“It was just a time in my life that I needed to write that song,” Wallen remembers. “And personally, it really helped me. It’s one of those songs that’s pretty personal but it helped me get through something and that’s what makes music special to me. You get to write songs and you get to get your feelings out but for others, they might also be going through the same thing and it makes it feel real to them. It’s just one of those songs.”

Of course, the girl he once wrote that song about is no longer in his life.

“I don’t think about that girl because that’s over,” Wallen says. “But every time I sing that song, I do go back to that and that space.”

And yes, releasing “Chasin’ You” was a bit of a gamble, considering the party-all-the-time nature of Wallen’s previous chart-toppers “Whiskey Glasses” and “Up Down” with Florida Georgia Line.

“I wanted to show a different side to me and see if the fans would buy into it, and they did,” says Wallen. “I never thought I would write songs that people would scream back to me so loud.”

Wallen admits that chances are good that “Chasin’ You” will end up being the last single to be released off of his debut album.

“I wish it wasn’t the last single off this album, but I have a feeling it is,” Wallen concludes. “I think there are a few more songs on there that could be singles, but its been two years since I put the record out and I want to get another one out this year. I’ve got enough songs to do it. I mean, I’ve had enough songs for awhile now. I just want to keep putting out songs that I’m proud of and I can relate to. I’m at this point of my career that if I love a song, I know my fans will do the same…and that’s pretty cool.” 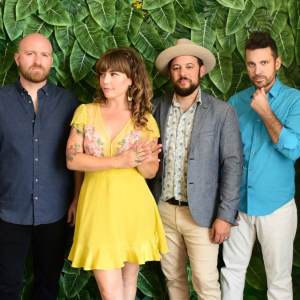 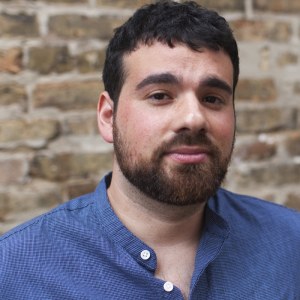