Nada Surf has announced the premiere of “Looking For You,” from their long-awaited new LP, NEVER NOT TOGETHER. The track is available for streaming and download now; an official video is streaming HERE. Nada Surf’s ninth studio recording and first in almost four years NEVER NOT TOGETHER arrives via Barsuk on February 7. Pre-orders are available now.

“‘Looking For You’ is about an old idea,” says Nada Surf’s Matthew Caws, “that what you seek is seeking you. The Persian poet Rumi wrote it down in the 13th century, but it was new to me when I came across it last year in something I read. I’ve found it to be true in practice: so often when I’ve said yes to an invitation that I was hesitating about for whatever reason, I’ve been glad afterwards. There’s always a great conversation I wouldn’t have had, a good idea that wouldn’t have come up. The song is also about learning to differentiate between real and imagined danger. One of the best questions I’ve ever been asked is How many tigers are lunging at you right now? Thankfully, the answer has always been none. That line made it into the song too.”

NEVER NOT TOGETHER was heralded last month by the crashing new single “Something I Should Do,” which is now available for streaming and download. The single was accompanied by an official video.

NEVER NOT TOGETHER sees Nada Surf – Matthew Caws, Daniel Lorca, Ira Elliot, and their longtime friend and collaborator, Louie Lino – continuing to pursue their humanistic vision of the world through hooky, catchy rock songs with sharply drawn, yet tenderly felt, lyrics. Recorded earlier this year at the legendary Rockfield Studios in Monmouthshire, Wales, the wide-ranging collection revels in the group’s ability to evoke and reflect grand and intricately wrought emotions, whether through sweeping guitar solos or hushed-whisper vocals. Songs like the spectacular “Looking For You” and the shimmering mid-tempo “Just Wait” are empathetic, warm, and powerfully urgent, marked by Caws’ ongoing lyrical quest for 21st century love and connection.

“We’re all together, and that’s just the way it is, and the way it always will be,” says Caws. “That’s the sacred truth of it.”

Long hailed for their unique ability to create deep emotional bonds with their live audience, Nada Surf will celebrate NEVER NOT TOGETHER with a major world tour. U.S. headline dates begin January 14 at Seattle, WA’s Neptune Theatre and then travel through early February (see itinerary below). The band will be joined throughout the tour by an array of special guests, including Apex Manor, John Vanderslice, Aaron Lee Tasjan, Why Bonnie, and The Lees of Memory. 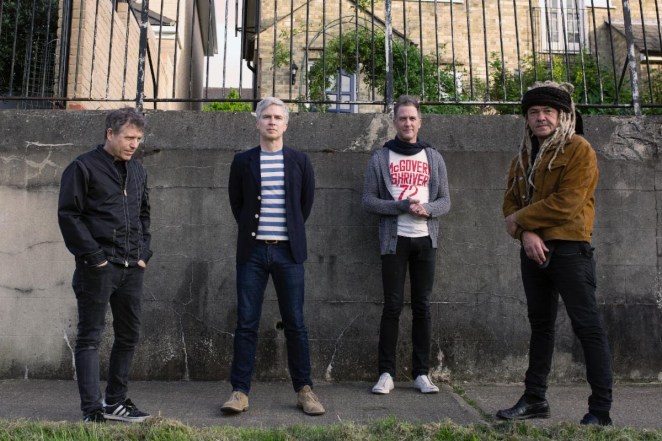 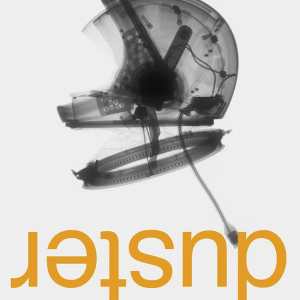 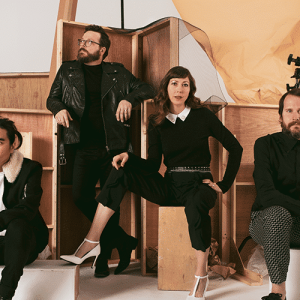