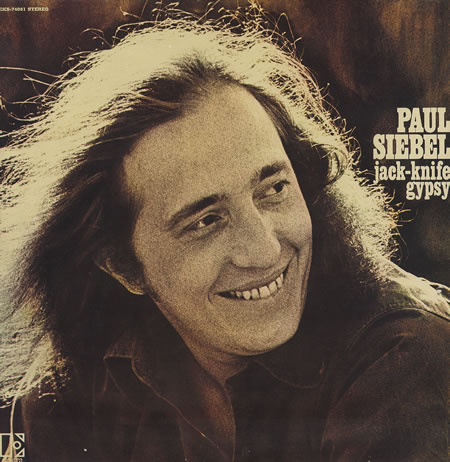 40 years ago, when the singer/songwriter boom was just starting to reach full steam, with the heady rush of psychedelic rock giving way to the intimate sounds of introspective troubadours aiming for the coveted “Next Dylan” tag, an album appeared on the Elektra label with the evocative title Woodsmoke and Oranges. The voice was not unlike Dylan’s, circa the dusty John Wesley Harding, but shot through with a keening country wail bespeaking a grounding in vintage honky-tonk and bluegrass. The songs too mixed traditions freely, taking as many liberties with traditional folk and country song structure as the lyrics did with the ‘60s balladeer template. The album cover featured a drawing of a man with a pensive mien and a hint of melancholy in his hound-dog eyes, and the name emblazoned across the top was Paul Siebel.

Siebel was a graduate of the Buffalo, New York folk scene, where he rubbed shoulders with the likes of Eric Andersen and Jackson C. Frank. He had done a stint in the army before hitting the Greenwich Village folk circuit where he became a mainstay by the late ‘60s, having paid his dues at Village clubs like The Four Winds. “When you’d do the Four Winds,” he recalls, “you’d do like five sets a night, sometimes it got so weird. It’d be about the third set and a few beers into the night; you’d start the third verse [of your song] and you’d think ‘I just did that.’ Well sure you did it, like 45 minutes ago!”

All the long hours and hard work paid off when Siebel was picked up by Elektra in ’69. Though Woodsmoke and Oranges, was his debut album, he had already been around the block a few times. He was 33 by the time it was released in 1970, and there was a gravitas and maturity to both his writing and his delivery that was lacking in many of the era’s new troubadours. While the album was chock full of striking songs, it ultimately became best known for “Louise,” an elegiac narrative about the passing of a lady of the evening. More people came to know “Louise” through its many cover versions (most notably those of Bonnie Raitt and Linda Ronstadt) than Siebel’s original recording. “A lot of women [singers] picked it up,” says Siebel. “They liked the pathology of Louise and identified with that.” These more successful versions were good for the songwriter’s bank account, but didn’t do much for his own record sales.

Equally affecting were tunes like the incisive small-town vignette “My Town,” one of the era’s few truly subtle anti-war songs. Siebel says the characters were “maybe second-generation people in America — ‘My town was fathered by orphans’– people who left their roots and are pining away in America.” A figure of derision in the song is the blindly patriotic “Miss Delia,” but Siebel claims compassion even for her. “Miss Delia is also someone that you know and love, it could be our own mother. That’s part of our makeup also, to raise the flag, fight for our country, and be chauvinistic — what else are you protecting? When you protect your borders, are you being a chauvinist, are you being a patriot? Are you being a fascist, what are you being?”

Tunes like the opening track, “She Made Me Lose My Blues” showed a strong country influence that would be further amplified on Siebel’s second album. In fact, country music had been a part of the songwriter’s musical mindset for a long time, and he was something of a trailblazer in terms of incorporating it into the ‘60s Village folk aesthetic. “I got into Jimmie Rodgers’ songs, which I thought fit very well into the folk idiom…I got to be known for doing country. No one in the folk scene was doing this, with the exception of perhaps Jack Elliott doing cowboy songs, not quite country. [The Jim] Kweskin Jug Band maybe did a little. And of course there was the Holy Modal Rounders doing it tongue-in-cheek — if you did it tongue-in-cheek it was okay, you couldn’t do it proper. I think I wanted to find a voice and a venue in the city folk scene and I used country. One of the problems I had in the ‘70s — country began becoming very popular and people approached me saying ‘Why don’t you go to Nashville?’ I was not a country singer, I did not want to go to Nashville; they could do that stuff better than I could. I would get a lot of ‘What are you doing singing country music? You’re from upstate New York!’ So if you were a banker from Georgia, you would’ve been more authentic?”

Siebel’s brand of country was an idiosyncratic one though – the country-oriented tunes on both of his albums willfully and wonderfully bent the harmonic framework of conventional country. He’s characteristically modest about this, saying “They weren’t I-IV-V, but neither is [George Hamilton IV’s 1963 country hit] “Abilene,” or [traditional tune] “Salt Creek,” those changes, the minor part back to the major, those things had been around, so I didn’t consider ‘Miss Cherry Lane’ more sophisticated than that stuff. A couple of my [country-flavored] songs are Beatles-influenced – ‘Pinto Pony’ maybe a little bit. ‘Uncle Dudley’ — pure John Lennon/Paul McCartney.”

While sales of Woodsmoke and Oranges didn’t exactly necessitate Siebel seeking tax exile in the Caribbean, a solid touring schedule gave him a strong mid-level profile on the early-‘70s singer/songwriter circuit. “There was a whole circle of nice clubs all across America,” he remembers, “The Troubadour in L.A., The Ark in Ann Arbor, Earl of Old Town in Chicago, Passim’s in Boston, the Gaslight here (in New York), The Second Fret in Philadelphia. So the first years you had money all over the place, not huge stuff, but I didn’t have to worry about the rent for a while. I got paid fairly well, but I never broke into big money. And I did that for about 10 years.”

1971 saw the release of Siebel’s second Elektra album, Jack-Knife Gypsy, which upped the ante in terms of both songwriting and production values. Where the first album had been an intimate, homespun-sounding effort, the follow-up was much more ambitious, employing everything from full-tilt electric rock & roll to sweeping string arrangements. Fortunately, it all worked, partly due to the sympathetic production of Robert Zachary. Siebel, however, expresses misgivings. “Bigger production, more money — I think it was premature to do this kind of production with that. I think this should have led to something bigger, I think I still should have kept it simple.” Regardless, the all-star backing band assembled for the album included Byrds guitarist Clarence White, famed mandolin virtuoso David Grisman, country pedal-steel legend Buddy Emmons, Eagles guitarist Bernie Leadon, and Cajun/country fiddle phenomenon Doug Kershaw, among others. The rich sound they created fueled some of Siebel’s most powerful compositions, like the outlaw-at-the-gallows tale “Pinto Pony,” the inscrutably poetic, rather Dylanesque “Jasper and the Miners,” and another sneaky anti-war tune, the dark, paranoid parable “Jeremiah’s Song.”

Unfortunately, Jack-Knife Gypsy didn’t do any more to fill Siebel’s pocket than its predecessor had, and it turned out to be the last album he’d ever record. Though he continued to maintain his performing career throughout the ‘70s, cracks began to show after a while. “I don’t know why I didn’t write another record,” he muses, “I started drinking, things started coming apart. I guess I wasn’t getting the recognition I wanted, and without that, how can you write? And then after a while I just couldn’t go out and do those same songs again and again. I soured. It soured. It started coming apart. Then I quit drinking, got all cleaned up, and then I was stone sober trying to entertain a bunch of people having a party…It got to be too difficult. I opened for Bonnie Raitt once at Max’s Kansas City I think, and I remember Bonnie kind of apologizing for that, because I think there was a time when she opened for me in the old, old days.”

In the ‘80s, Siebel jumped off the train, leaving his musical career behind and working a series of day jobs. In the years to come, he would make the occasional, extremely infrequent guest appearance, but his days of gigging and songwriting were behind him for good. Eventually, he moved to Maryland, where he ultimately landed an outdoorsy job with the Parks Department, and started avidly pursuing an interest in sailing, but no matter how much distance Siebel puts between himself and his songs, they can never lose their power. Over the years, several of his tunes – not just “Louise” – have been recorded by other artists, from Emmylou Harris to David Bromberg. In 2004, his Elektra albums were reissued together in England as a twofer, earning ecstatic reviews from the British music press, and this year, in MOJO Magazine’s celebration of Elektra’s 60th anniversary, this writer had the opportunity to single out Siebel’s debut as one of the label’s shining moments. Siebel may not be singing the songs anymore, but they’re still out there waiting to be discovered — or re-discovered. As another Greenwich Village songwriter, Richard Meyer, once said: “A record is like a time bomb, you can never tell when it’s gonna go off.” 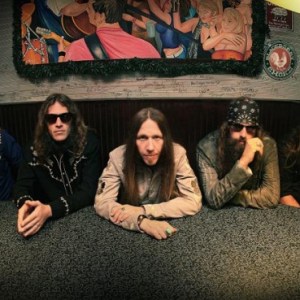 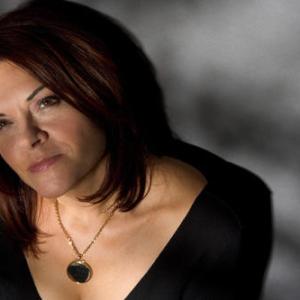