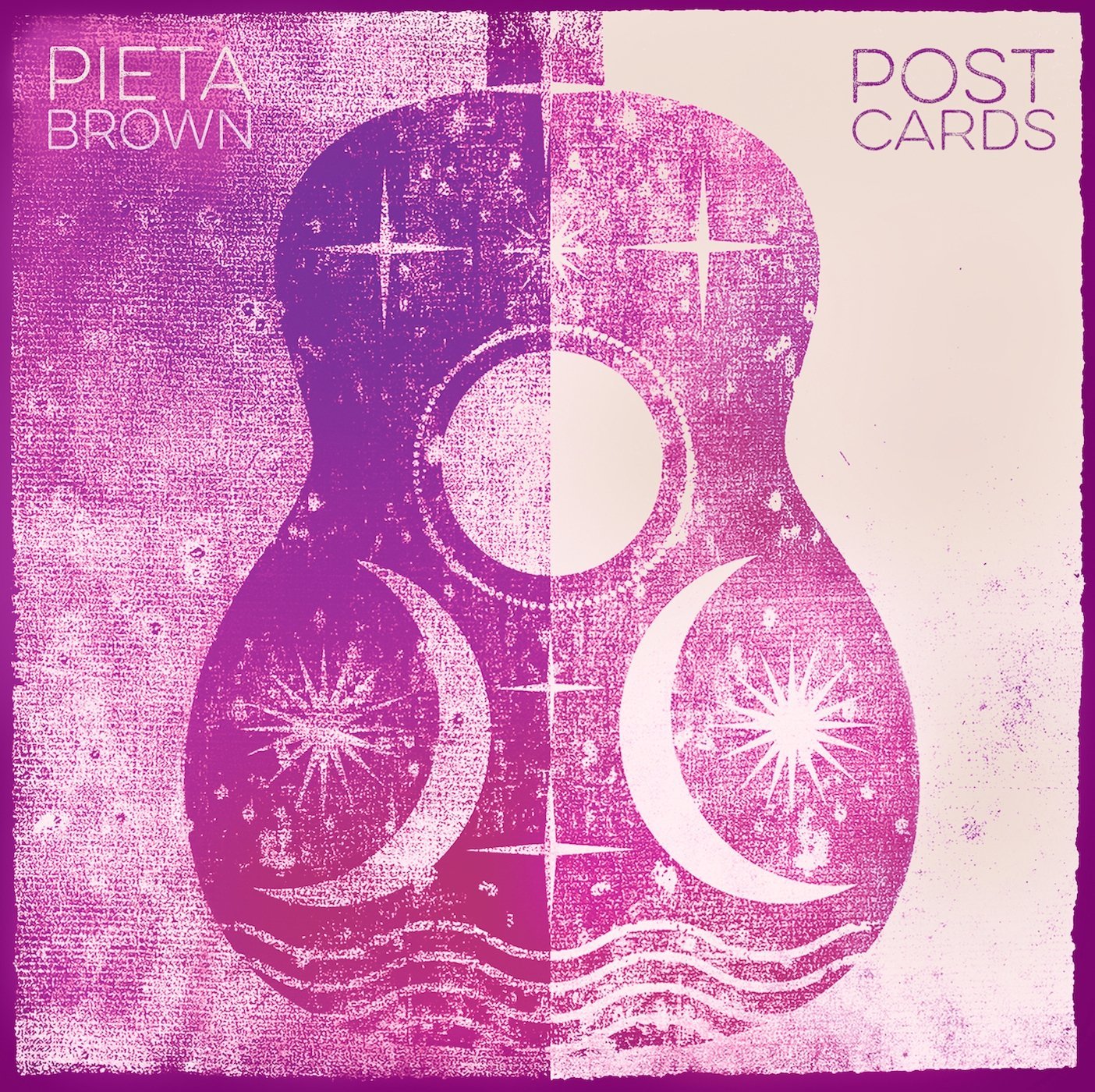 Album number eight for Greg Brown’s daughter Pieta finds the younger singer-songwriter reaching out to her musician friends and associates — apparently by postcards or some sort of digital approximation, hence the disc’s title — for assistance in fleshing out acoustic, near demo-styled recordings written in hotel rooms while on the road.

Artists as diverse as Mark Knopfler, Carrie Rodriguez, Calexico, Mason Jennings, David Lindley and others returned the mail invitations with contributions to her bare-boned compositions. The result is this laconic, stripped-down set — only one track has percussion — that feels as intimate and lonely as the circumstances which created the music.

The focus is firmly on Brown’s breathy, hushed, lush, immediately recognizable vocals. The accompaniment is generally mixed low, which makes the guests almost non-existent at times. You have to listen awfully hard to hear Knopfler’s trademarked guitar lines underpinning “Street Tracker,” and if his name wasn’t listed in the credits it would be tough to pick him out.  Titles such as “All the Roads,” “Take Me Home,” “Station Blues,” and “On Your Way” point to the travelling, road weary nature of the lyrics. When Brown sings “Now I’m in a hotel, reading hotel reviews,” she speaks to both the loneliness and disassociation of life on the road, trying to carve out a career night by night.  Longtime musical cohort Bo Ramsey adds his subtle yet always appropriately low key guitar to color around the edges of these acoustic guitar based ideas.

There is a bluesy thread running throughout the predominantly folk set, most pronounced in “Station Blues,” aided enormously by drummer Chad Cromwell (Neil Young), and the delta styling of “Rosine” where Mike Lewis (Andrew Bird, Bon Ivor) adds both elusive saxophone and bass, recorded in part by Justin Vernon. The combination of Carrie Rodriguez’s sweetly ominous fiddle and vocal duet along with Brown’s unembellished banjo on “Stopped My Horse” brings a stark beauty to the dark backwoods roots at the heart of both the song and the majority of the album.

Taken as a whole, the tunes tend towards a similar ballad quality and, even with the eclectic guest list, blend together. Brown sounds committed and melancholy throughout, a natural extension of the solitary circumstances that created this moving, emotional music. And even though most of the accompaniment was mailed in, the result feels surprisingly organic and natural.

Surely, a few more upbeat moments would help to vary the mood which stays mostly one dimensional throughout. But in Postcards Pieta Brown has created a trip through her most personal and revealing moments with an honesty and confidence most wouldn’t even attempt.