There are many albums that are called “breakup” albums even though the biographical circumstances don’t quite ring true. Bob Dylan would remain married to wife Sara for several years after Blood On The Tracks, just as Bruce Sprinsgteen’s first marriage wouldn’t crumble for almost a full year after the release of Tunnel Of Love.

Still, the music on those albums seemed to reveal the fissures of those relationships, fissures that would eventually become irreparable cracks. So it was that Richard Thompson wrote the material for Shoot Out The Lights, released in 1982, a year prior to the actual dissolution of his marriage to Linda Thompson. And yet, as Linda eventually told Rolling Stone, “It was kind of a subliminal thing. I think we both were miserable and didn’t quite know how to get it out. I think that’s why the album is so good. We couldn’t talk to each other, so we just did it on the record.”

The structure on the album, which has come to be regarded as one of the finest of the ’80s, plays into that narrative, with Richard singing one song to seemingly give his side of the story, and Linda then answering with her own take. But it culminates in the two harmonizing on “Wall Of Death,” which, despite the ominous title, sends the album out on an almost celebratory note. For it suggests that a relationship brimming with vibrant emotions, even the negative ones, is preferable to one that grinds along amiably without the highs and lows.

A mid-tempo rocker with typically tough and lyrical lead guitar from Richard, “Wall Of Death” compares the titular ride to other popular attractions. “Well, you’re going nowhere when you ride on the carousel,” the pair sing in the second verse. “And maybe you’re strong, but what’s the use of ringing a bell.” Also: “The Tunnel of Love might amuse you/And Noah’s Ark might confuse you.”

The most dangerous rides might cause the most tumult but, ultimately, they’re the most invigorating, or so the song implies. “You can waste your time on the other rides,” they sing. “But this is the nearest to being alive.” If you are indeed going to read Shoot Out The Lights as a kind of meta commentary on a crumbling marriage, the last song suggests that there might be recriminations and rebuttals but ultimately there are no regrets.

Note also how the lyrics ask, “Let me ride on the Wall of Death one more time.” Looking at the song on its own, it seems the narrator just wants to go around again. But in the context of the entire album, that line could be read as two people indulging in this last queasy, yet thrilling, go-round before they move on. In any case, “Wall Of Death” puts quite a spin, literally and figuratively, on the idea of marriage as a wild ride. 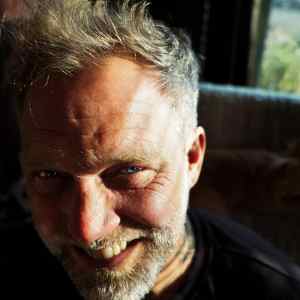 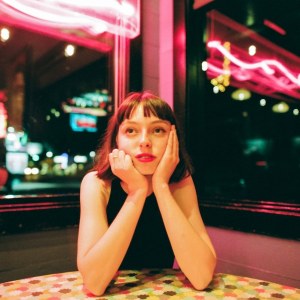