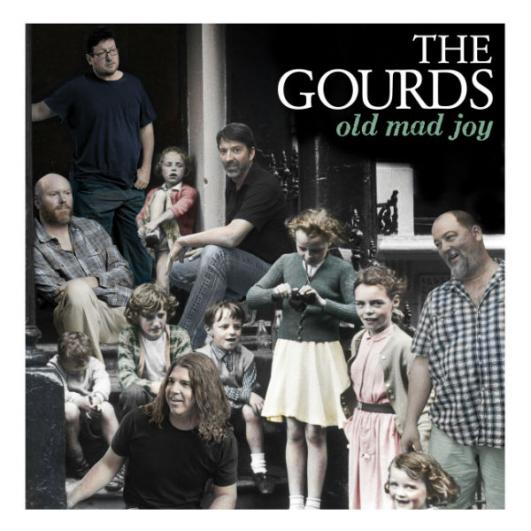 Doe-eyed and slightly disheveled, Norwegian singer/songwriter Dybdahl is the perfect Sunday antidote for that Saturday night you’d rather forget. He drapes his lovelorn voice over sparse, acoustic, hauntingly introspective pieces that never go where you think they will on this sumptuous compilation of his five albums released in eight years. Low key and subtle but never snoozy, this gorgeous, slightly offbeat folk/jazz is music for the morning after. Tribute albums are typically a mixed bag, and this one’s no exception. But these 30 artists have been influenced and touched by the late under-the-radar Scottish singer/songwriter John Martyn. His slurred, often hoarse vocals were only part of the innovative guitarist’s idiosyncratic music that combined folk, blues, electronica, rock, pop and jazz in ways no one had before, or since. A handful of high profile ringers (Beck, Beth Orton, the Cure’s Robert Smith, Phil Collins, Snow Patrol) join less recognizable names interpreting Martyn songs in versions that will hopefully encourage listeners unfamiliar with his work to seek out his bulging catalog of inspired originals. Being the best–and arguably funniest–bar band in America on any given night doesn’t buy much traction; just ask NRBQ. But Austin’s rootsy Gourds trudge on undeterred, releasing about an album yearly since 1997 and keeping the flame alive on the endless highway. Ex-Dylan sideman and Levon Helm music director Larry Campbell brings the quintet to Helm’s Woodstock studio and handles production duties for the quintet’s Vanguard debut. Even though there is more attention to sonic details, it’s disappointing that the slyly humorous lyrics (thankfully included in the booklet for closer inspection) aren’t hung on more memorable melodies and distinctive playing or singing. Still, the tunes might come alive when they hit a tavern near you. Recording with no overdubs during three days in a Nashville area barn brings out the best in rootsy singer/songwriter Brown (daughter of Greg) and her long time shotgun-riding partner Bo Ramsey. The vocalist’s hushed, dark velvet voice weaves through wiry waves of Ramsey’s reverbed guitar and with the majority of Mark Knopfler’s band backing her (Knopfler only appears on one track), the effect is magnetic and moving. The languid swamp blues vibe that throbs at the heart of these songs and the interlocking, often sparse instrumentation makes the music shimmer with Pieta’s subtle soul. The retro inferences of this one male/two female trio’s name appear prominently in their spunky, punky, fuzzed out, garage rock. Sweet yet edgy vocals recall those of 60s girl-groups such as the Shangri-Las and the Ronettes while the sparse guitars and thumping drums mix a wicked 50s rockabilly attitude into the snarling attack. A pulsating cover of Lee Hazelwood’s “My Baby Cried All Night Long” joins a dozen sharp, tough originals on the band’s finest release. Don’t miss the creative low budget video featuring Patton Oswalt as a slimy director.