Justin Peter Kinkel-Schuster is an artist who’s been on our radar for some time.

The singer-songwriter, who now resides in Fayetteville, Arkansas, first sprang to our attention with his group Water Liars, a Mississippi-based garage rock outfit that trafficked in hyper-literate lyrics (the band took its name from a Barry Hannah short story) and served up a dynamic live show. In 2016, Kinkel-Schuster released a solo album called Constant Stranger and, in 2018, teamed up with Centro-matic’s Will Johnson for an arresting art-rock project called Marie/Lepanto.

Kinkel-Schuster is now back in solo guise and poised to release a new album called Take Heart, Take Care next week. The record marks something of a thematic shift for the artist, as it finds him eschewing his previous themes of darkness in favor of rosier vistas.

Here’s what he had to say about his new direction:

“‘If you don’t have something nice to say, don’t say anything at all.‘

You’d hear this a lot growing up. And while I always toed the line, I also knew it had to be bullshit. So far as writing songs and making music were concerned, I never gave it any heed, and for a long time writing and performing songs was blunt catharsis for me – “cheaper than therapy,” as the saying goes. It was a way to channel and even, perversely, to conjure sadness, darkness, death, substances, and stupid, wrongheaded love, among other things my younger self found romantic and necessary to slog through.

For the first time, writing these songs and making this record, I found myself in an unfamiliar place. I had, more than anything else, good things to say, and ironically I was unsure of how to say them. I’d spent so long yawping at perceived darkness both real and imagined, internal and external, that I was in a sense starting from scratch, learning to express something good in a way that didn’t feel cheap or silly or disingenuous to me. I remembered something I’d read as a teenager, a quote of Michael Stipe’s, something to the effect of “Happiness just sounds dorky.” While a part me will always feel that’s true, there is another part of me now that knows that this is bullshit, too.

Here, I’ve fumbled my way, as always, and of necessity, into a collection of songs that hold a light to the joys and comforts of life not given up on, those that appear over time as we are looking elsewhere, to surprise and delight us when we need them most. Sure, it’s me, so there are glimpses of and nods to the dark, but the dark is not winning anymore. I simply mean to acknowledge its presence. To me, that’s the most fundamental job of songs, of stories, of all art — to be allies, friends, companions, when we need them most and it’s my hope that these songs can do that work in a world that seems to need it.

If you are lucky enough have something good to say, say it. Please. We’ll thank each other, now and later.” 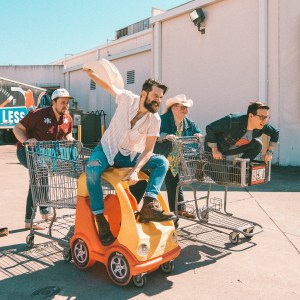 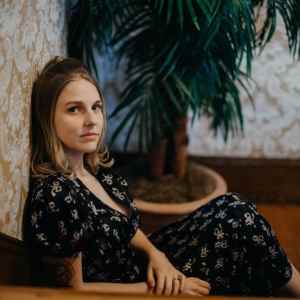