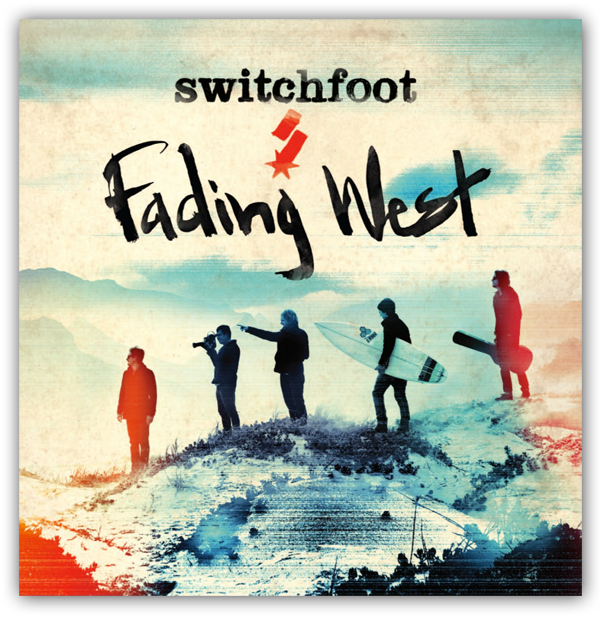 Criticizing San Diego CCM stars Switchfoot for releasing another album of polished, lyrically/spiritually uplifting modern pop is like lambasting Chuck Berry for playing rock and roll; it’s just what they do. So it’s no surprise that the Grammy winning, platinum selling act’s ninth effort, a soundtrack of sorts to an identically titled documentary on the group and their love of surfing, hews closely to what is now an established formula.

The five-piece crossed over commercially a decade ago when 2003’s The Beautiful Letdown quickly made them stars of their genre; i.e. bridging Christian leaning concepts with booming drums and sing-along choruses that aimed for the back rows. Fading West slightly tweaks that formula by adding traces of world music, modern production touches and introducing some darker, edgier elements as on the bass heavy “BA55,” the album’s most intriguing track.

But the bulk of these songs feature clichéd lyrics and arm-waving call and response construction such as in “Let it Out” and aren’t going anywhere Switchfoot hasn’t been before. Songs titled “The World You Want,” “Slipping Away” and “Who We Are” telescope the by-the-book thinking here. That said, there is talent and maturity in the song craft, production and playing. If you’re already a fan, this is another heartfelt, cleanly recorded, professionally written release that, with its pounding drums, reverbed guitars, dramatic vocals and general confident air of we-are-all-one bigness, should make for some rousing fist pumping concert moments.