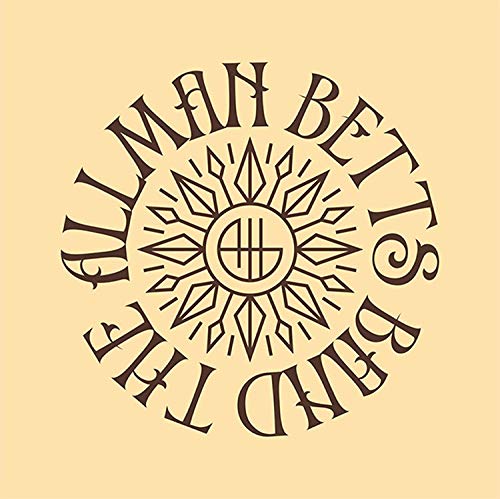 The Allman Betts Band: Down To The River

The Allman Betts Band
Down To The River
(BMG)
Rating: 3 out of 5 stars

You can almost see the marketing executives at BMG salivating when they heard that the sons of Gregg Allman (Devon) and Dickie Betts (Duane) were not only joining forces but that both their famous last names would be featured in the new band’s moniker. Poof! Instant credibility and easy to market, too. Since Allman Brothers’ bassist Berry Oakley’s son is also in the six-piece, it’s a wonder his name didn’t also get included.

It will surprise no one that at least parts of Down To The River sound more than vaguely analogous to the legendary act that these three guys’ fathers started back in 1969. Duane Betts’ voice bears a striking similarity to Dickie’s in his prime and even though Devon Allman’s vocals aren’t in a league with Gregg’s, they still share a soulful gruffness that feels family-based. Why these two capable guitarists needed to add a third six-stringer (Johnny Stachela) to carry the Duane Allman-styled slide load is unclear but the sound on this debut, recorded live to analog tape, is impressive. Peter Levin (Hammond B3 and other keyboards, listed as a guest) brings things even closer to home. It also doesn’t hurt to have veteran producer Matt Ross-Spang along to keep the proceedings on track.

“These melodies are memories/that’s why I’m standing here,” sings Betts, which surely rings true for this outfit of famous offspring. The nine songs slot strongly in the Southern rock framework, incorporating blues, country and a touch of gospel. The double lead guitar attack of “Shinin’” draws a clear path back to the ABB as does the largely instrumental, nearly nine-minute “Autumn Breeze,” which kicks off like the dreamier parts of the live “Whipping Post” mixed with “Les Brers In A Minor.” A stirring if straight ahead cover of Tom Petty’s moving “Southern Accents” ballad, sung with shimmering soul by Devon, brings a different influence to the table. And it’s hard not to hear a bit of “Midnight Rider” in Allman’s “Good Ol’ Days,” a tune that also adds ex-ABB member Chuck Leavell on piano. The slow, simmering swamp groove of the title track, however, finds the band forging its own sound with a powerful, heartfelt Allman vocal.

The outfit gets points for releasing an album comprising new compositions (minus Petty’s tune), which helps establish them as more than another ABB cover act, albeit one with undeniably valid credentials. They have the chops — vocally, instrumentally and as songwriters — to carry on the Southern rock tradition without relying on the name recognition which can’t help but be a large part of the group’s initial appeal.