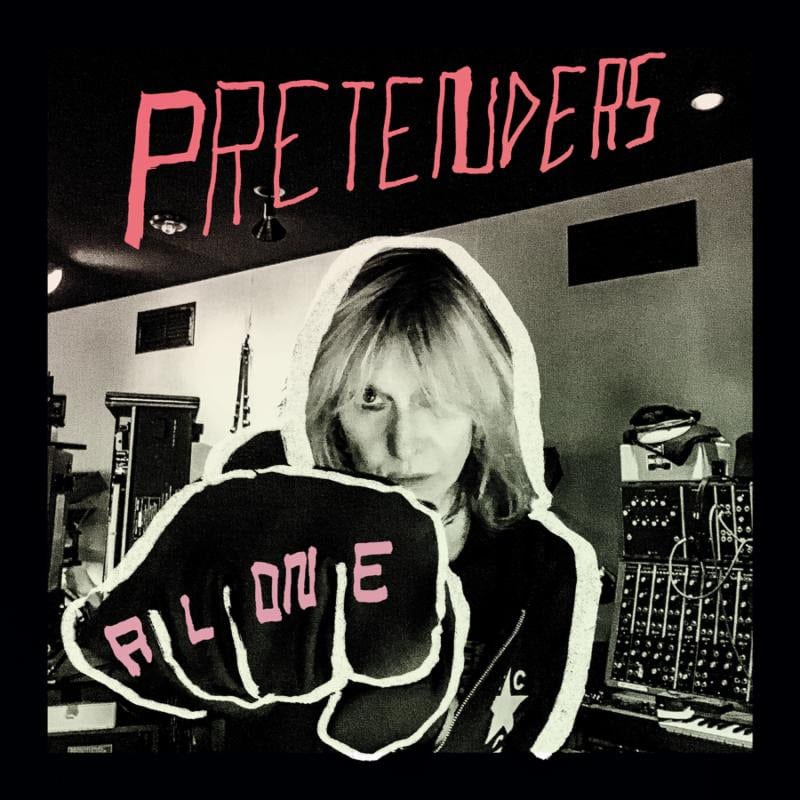 Anyone hoping the combination of one-time Akron residents Dan Auerbach and Chrissy Hynde collaborating on the first Pretenders album in eight years would result in a raw, rustbelt Black Keys meets Iggy Pop explosion, may be disappointed. That doesn’t make this ballad heavy set substandard, but it does seem like a missed opportunity.

First off, this is “the Pretenders” in name only; other than Hynde, no one on it has been — or probably will be — a Pretender. Even though the Nashville backing musicians are talented veterans (two on loan from Auerbach’s Arcs side project) and there are plenty of echoes of what Hynde created with the Pretenders, releasing the project under that name, as opposed to the solo album it was initially intended as, is somewhat misleading.

But for those who feel that anything Hynde records is going to have the Pretenders stamp, at least philosophically, this dozen song album finds her in fine, typically swaggering form. The few rockers such as the opening title track where she recounts the pleasures of being “Alone” with her usual brass-in-pocket sneer, along with the pounding “Mystery Achievement” drums of “Gotta Wait” and the bluesy “Chord Lord” make it clear Hynde hasn’t lost her sassy strut.

Still, it’s the ballads that dominate. While songs such as the lovely acoustic finger-picked “Blue Eyed Sky,” the heartfelt and reflective “The Man You Are” and the bittersweet piano lilt of “Death is Not Enough” with its surf twang guitar are beautifully crafted and sung with Hynde’s husky, immediately distinctive purr, perhaps a few more taut, tightrope walking, tough talking rockers would solidify the Auerbach connection. And the less said about the closing single “Holy Commotion” with its commercial leaning synths and chilly, overly stilted playing, the better.

Thankfully, the quality of “Roadie Man,” about … well, roadies, with its soulful and insistent groove, the dreamy “Let’s Get Lost” (perhaps the closest Hynde gets to a full throated love song here), and the pissed off, flinty “I Hate Myself” (“I hate my requisite phony destruction”) with its dark ’60s vibe that, as its title implies, takes a hard look in the mirror as the singer repeats the title about two dozen times, show Hynde has maintained her quality control. These songs glow and grow on you and, with vocals that were recorded in a quick 48 hours, maintain the edge the best Pretenders music always displayed.

Alone won’t go down as a great Pretenders disc up there with Learning to Crawl or the magnificent debut, but it’s no embarrassment either. Despite the lack of rockers, Hynde hasn’t mellowed even if her music has. OK, so there isn’t a cohesive Pretenders band anymore; over 35 years into her career, Chrissy Hynde remains a powerful and iconic presence. We should be thankful she’s still at it and recording music as impressive and distinctive as Alone.

0
These days, the industry standard for popular radio songs is created by programmers—not songwriters—who create loops, grooves, and sound beds, then they...
Read more