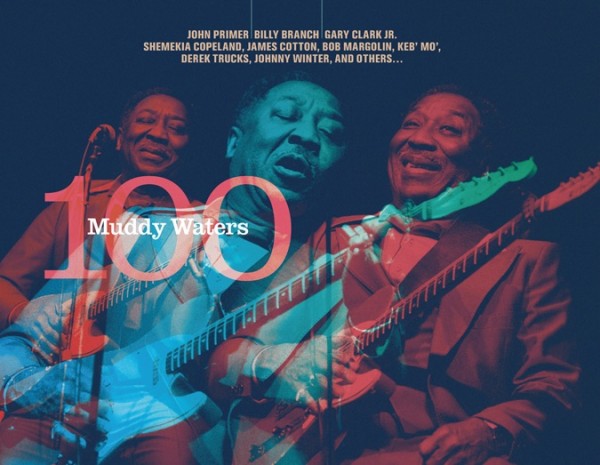 You don’t have to be a blues aficionado to understand the immense impact Muddy Waters had on music history. He may not have been the first acoustic player to move to Chicago from the Southern plantations, plug in and electrify his music, but he was one of the most visible and influential. It also doesn’t take a blues historian to know his tunes have been covered hundreds of times over the decades. These range from the usual suspects such as the Rolling Stones (who named their band after his song), to the less so (Cyndi Lauper? really?) and even Elvis Presley.

Ex-Waters band guitarist John Primer pays tribute to what would have been Muddy’s 100th birthday by working with producer Larry Skoller to sing lead, invite a multi-generational set of musicians and deliver 15 covers of Muddy’s songs. Rather than choosing an entire album of recognizable “hits,” the producers dug deeper in Waters’ expansive catalog to unearth obscure gems. Along with re-recorded classics such as “Mannish Boy,” “Trouble No More” and “Still a Fool” we get introduced to “Why Don’t You Live So God Can Use You” (one of the few gospel tunes Waters recorded), “Rosalie” (from 1942 by the Son Sims Four with Waters and captured by Alan Lomax on his renowned Stovall Plantation recordings) and others that typically don’t appear on Waters’ many compilations.

Guests both younger (Gary Clark Jr., Derek Trucks, Keb’ Mo’) and older (harpists James Cotton, Billy Branch and Johnny Winter) join Primer to take these tracks home. For better or worse, in an effort to modernize, a few updated touches such as drum machines and organ (Muddy primarily used acoustic piano) are added. But the best of these versions such as “I Feel So Good” with Cotton and Muddy guitarist Bob Margolin stick closest to tradition.

Primer is a terrific singer; strong, strutting and just enough like his mentor Muddy to make these songs authentic but not a mirror image. The performances are spirited without a dud in all 15. And, perhaps most impressively, the sumptuous hardcover package with 48 heavy stock pages of rare photos and a beautifully penned essay from veteran music writer Robert Gordon is the definition of classy. It’s also expensive to create, especially for an indie imprint.

Nothing takes the place of Muddy’s performances with their emotional intensity and mind blowing musicality. But this heartfelt project makes a terrific reminder of just how great these songs are, unearths interesting, seldom heard Muddy sides even fans might not know and works as both a tribute to the legendary blues man and an impetus to go back and experience the originals. In other words, mission accomplished.