By now, you’ve probably seen the video of Walk Off The Earth’s spellbinding cover of Gotye’s “Somebody That I Used to Know” on YouTube. The video, which also features Creepshow vocalist Sarah Blackwood, rocketed their subscriber count from 20,000 to nearly 250,000 since its upload on January 5. Their Facebook fanship rose to almost 210,000 from just 30,000.

How did they do it? They’re an entirely indie band with no record label, and the video went viral within 12 hours of its release. Singer Gianni Luminati attributes its success to their original fanbase spreading it like wildfire. Then, he figures, people shared it who didn’t even know what Walk Off The Earth was yet.

“I went to bed at five or six in the morning, and by the time I woke up around 11 a.m. it was well on its way around the world,” he remembers. “We were already getting talked about on local radio stations.”

But the video probably also took off because it’s just a simple but inventive idea, executed flawlessly. Walk Off The Earth had already used the concept of two people playing on the same guitar in some of their live shows. As they were trading off guitars during gigs, one would play higher on the frets as another played lower, just to add a unique visual element to the performance.

Lumanati had been toying with the idea of having five sets of hands on a guitar when he heard Gotye’s “Somebody That I Used to Know.”

“I knew right away it was the perfect song for the idea,” he says. “I started messing around with different parts seeing if it would work.” And it did, but not right away.

Luminati started by building the parts and harmonies for the band. Then, the other members – Ryan Marshall, Mike Taylor, Joel Cassady, and Sarah Blackwood – practiced on their own. “We hadn’t played it together before the day that we shot it… It was pretty frustrating at first,” he recalls. After hours of practicing together, they set up the camera, and started shooting. And stopping. And shooting. And stopping. “We were pretty much about to give up,” says Luminati.

Finally, at about 4 a.m., after hours of trying, and nearly 30 attempts, he turned to the group and said, “I think we got it.” He uploaded the video to YouTube and called it a night.

Then came a whirlwind of emails, interviews, and even messages from the likes of Russell Crowe and Coldplay, saying they’d be delighted for WOTE to cover their music. It wasn’t long before viral video enthusiast Ellen DeGeneres invited them to perform on her show, which aired Monday.

The band was a day from embarking on a U.S. tour of smaller shows when the video took off, but they had to cancel it. “We were getting show offers for like 20 grand,” Luminati says. When the shows on their tour were going to pay closer to $150 a night, they decided they had to cancel the tour and reevaluate their next move.

“Not that we think we’re to big for that,” he says. “Just, this is one of the biggest opportunities we’ve had in our entire lives. We’ve been working at this for 15 or 10 years.” WOTE couldn’t let it slip away.

Now, the band is settling into the limelight, and is looking forward to releasing more music. Luminati says a new album is on the way, and it has an “underlying reggae vibe” reminiscent of their previous releases, but its got a much stronger “indie-rock feel” that fans will appreciate.

Walk Off The Earth also plans to continue playing lots of live shows once things settle down, and audiences can expect a performance of the crowd-pleaser that put them on the map. “Give the people what they want, right?” Luminati says. “We’re stoked to do [‘Somebody That I Used to Know’] live everywhere we play a show.”

And he plans to use more creative videos to sustain their momentum.

“I’ve got many ideas that I haven’t tackled yet. We haven’t had a chance to be creative since it happened, but I’m definitely jonesing to get back and do some pre-production on some cool ideas.” 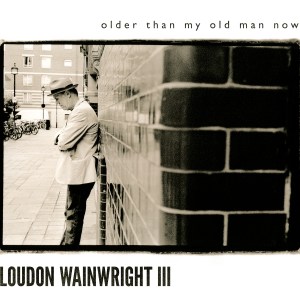 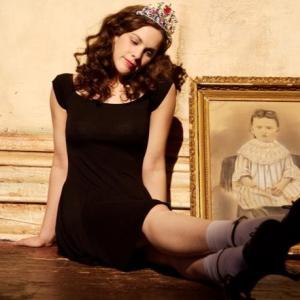