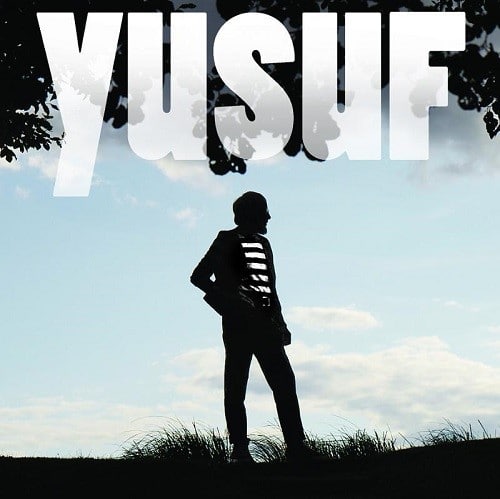 LOS ANGELES – FEBRUARY 6, 2020 – UMe will reissue Yusuf / Cat Stevens’ first two albums Matthew & Son and New Masters on March 27, available on vinyl for the first time since 1982. Exquisitely ‘De-mixed’ with enhanced vocals at the world-famous Abbey Road Studios, both albums will be available on 180-gram vinyl with fully restored artwork.

Featuring newly enhanced vocals, Abbey Road Studios have used their revolutionary ‘Demix’ software on the original master tapes to reinvigorate and breathe new life into both albums. Where vocals have always been buried by the subsequent orchestral backing track, ‘Demixing’ enables the studio to digitally extract and enhance the original vocals to create a superior listening experience for fans. As well as vocals, ‘Demixing’ has also considerably helped amplify the bass, something that was commonly strenuous to achieve with mixes in the late 1960s.

Matthew & Son and New Masters provide a fascinating insight into the beginnings of one of the UK’s greatest singer-songwriters. Having grown up above his parent’s cafe in the West End, Cat Stevens emerged from the early ‘60s folk club scene to release his highly successful debut album, Matthew & Son, in 1967; notably around the time he toured alongside Jimi Hendrix in the UK. The album reached number 7 in the UK charts and was supported by the single “I Love My Dog” and “Matthew & Son” – the latter reaching number 2 in the UK charts; quickly elevating him to the status of a teen pop idol. Notably the album also featured John Paul Jones. Simultaneously, Cat’s songs were being recorded by other artists such as The Tremeloes, who also had a 1967 hit with “Here Comes My Baby,” which helped to establish his reputation as a truly gifted songwriter.

To capitalize on Cat’s swift rise to stardom, Deram rushed out a second album, New Masters, in the same year. However, some artistic differences had begun to emerge. Cat was starting to yearn for a simple acoustic sound and more artistic control over his career, whilst producer Mike Hurst wanted to push him as a pop crooner and favored the more lavish orchestral arrangements that characterize the first two albums. New Masters features “The First Cut is the Deepest” which was a hit for P.P. Arnold in 1967 and would go on to become one of the seminal heartbreak songs of all time with notable covers by Rod Stewart, Sheryl Crow, and Keith Hampshire.

Cat contracted Tuberculosis early in 1968 bringing the first stage of his career defined by Matthew & Son and New Masters to an abrupt halt. During his convalescence he read a book called “The Secret Path” which helped him to embark upon a journey of spiritual self discovery that would go on to define his life and career. He emerged from the illness with the steely determination to resist the forces that were trying to control him, to follow his own artistic instincts, and do music his way.

0
It is the fourth single to come out in anticipation of the band’s debut LP.
Read more
Coaching

0
With decades of experience and a long resume that includes a plethora of awards and hit songs that has gained her millions of fans...
Read more