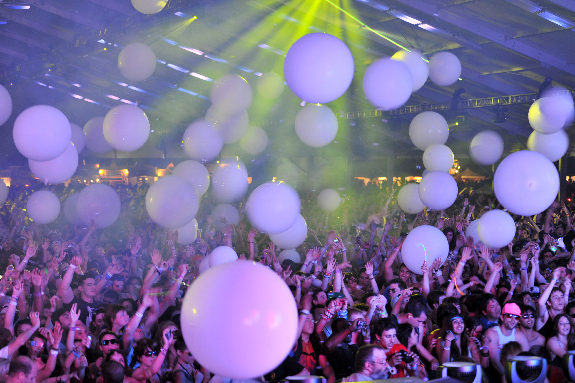 As we’ve previously reported, The Coachella Valley Music and Arts Festival kicks off this weekend in Indio, California. The three-day festival is already sold out and is expecting 200,000 people throughout the weekend.

Coachella is mostly known for being an indie festival, but in recent years the festival has seemed to bridge the gap between mainstream superstars and indie acts. In 2010, much ado was made of Jay-Z and Beyonce as they Go-Karted around the grounds catching acts like Grizzly Bear and Yeasayer.

The festival organizers – Goldenvoice, which is owned by AEG – have signed on some of the season’s biggest names to headline this year: Arcade Fire, Kanye West, Mumford & Sons, and The Black Keys. As The New York Times points out, it’s a bit like watching the Grammys all over again.

One interesting angle on this year’s Coachella is a major installation project at the festival, in partnership with The Creators Project, which itself is a collaboration between Vice and Intel. They’ve created six audio-visual installations that employ the talents of film directions, design houses, and musicians alike. Animal Collective will take part in the installations when “Jumbletron,” a video by Black Dice, will be shown during their Saturday performance from 9:45 pm – 10:55 pm. Headliners Arcade Fire and Interpol will also have installations as part of their performances.

With so many outdoor festivals in the U.S., it’s important for a festival to take on its own identity, as we’ve seen Bonnaroo do successfully with their site. The Coachella installations leverage high-tech design and are a unique festival branding opportunity for Intel, as well as Vice and the other partners.

United Visual Artists, a London-based design and lighting company, has been hired to re-build Coachella’s main stage. “What we’re gonna do is transform the existing stage and we’re creating our own light and sound sculpture that will come to life over the course of the festival and communicate to the crowd,” says Matt Clark, Creative Director of UVA, in a video on Creators Project website.

Director Jonathan Glazer – who’s done music videos for Radiohead, Massive Attack, The Dead Weather, and the feature film, Birth – is collaborating with art collective One Of Us and J. Spaceman of Spiritualized to create a physical manifestation of the song, “Ladies And Gentlemen We Are Floating In Space.” Glazer says he was attracted to the idea of creating an experience for a song without making a music video. 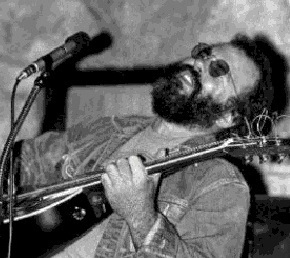