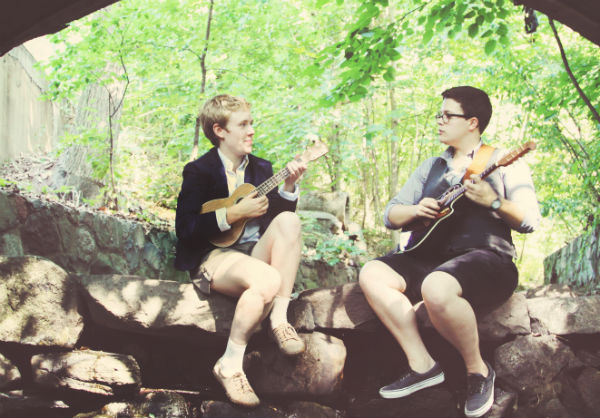 HOMETOWN: Hannah grew up in Westchester and Maggie is from Maplewood, NJ

AMBITIONS: To use music as a way of connecting with interesting new people and places around the country, or even the world!

TURN-ONS: H: A smart sense of humor // M: A working knowledge of The Chronicles of Narnia.

DREAM GIG: Landing a spot as the opener for a Simon & Garfunkel tribute night featuring performances by Brandi Carlile, James Taylor, and Beyoncé.

H: “You are a refugee from a wealthy family. You gave up all the gold factories to see who in the world you might be” – Joni Mitchell, Rainy Night House. I also love the phrase “one generation’s length away from fighting life out on my own” from John Mayer’s Stop This Train.

M: “I was more than just a coward, I was handsome too.” – The Tallest Man On Earth, Revelation Blues. Close second is “Oh, won’t you stay, we’ll put on the day and we’ll wear it ’til the night comes.” -Joni Mitchell, Chelsea Morning.

CRAZIEST PERSON I KNOW: Hard to say. We might have to settle for “our entire collegiate acappella group”.

H: I actually didn’t grow up watching much live music so I don’t have a ton to choose from. I think I’d have to say the most fun I’ve ever had at a show is watching Danielle Ate The Sandwich, whose humor is right up my alley and whose singing voice just breaks your heart.

M: When I was in eighth grade my mom agreed to take me to see Saves The Day (my middle school idols) at Roseland Ballroom on a school night. She somehow talked her way past the bouncers and onto the balcony and we watched the show from above the crowd. I don’t think I’ll ever forget that.

I WROTE THIS SONG: Morning Star! This track is the first single off of our upcoming third album, “In the Company of Strangers” which will be released by Purebred Records in February 2014. 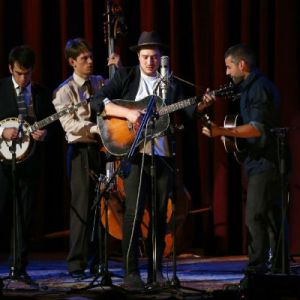 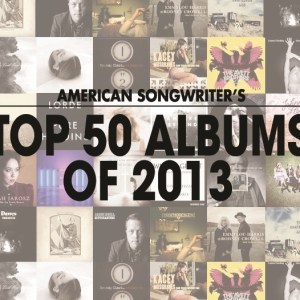