Among the collection of country gospels on Alan Jackson‘s 2006 album, Precious Memories, his pared-back, acoustic-led closing track leaves the most stirring send-off. “I Want To Stroll Over Heaven With You” explores where life and love reunite after death. It was a song the Virginia-born singer and songwriter Makenzie Phipps always connected to and eventually covered in 2021.

Following her viral rendition of the 18th century hymnal “Amazing Grace” earlier in the year, the 20-year-old country singer and songwriter hit more than one million views with her version of the Jackson ballad and later released her debut single, “Maybe,” and a holiday follow-up, “Christmas Snow,” within the same year.

Keeping up the momentum of writing, Phipps recently co-wrote her latest single, “Drag,” a bluesier country track exploring more than taking a drag of a cigarette, and the greater temptations of wanting to try something you know you shouldn’t.

Produced by Sal Oliveri (Garth Brooks, Keith Urban, Chris Stapleton) and written by Cassidy Lynn Alexander, Paul Bogart, and Dan Wilson, “Drag” is one in a growing collection of new songs Phipps has recorded and plans to release in 2023, leading up to her debut EP.

Phipps spoke to American Songwriter about her evolution as a songwriter, her connection to older country, and her big, forthcoming move to Nashville.

American Songwriter: What was your connection to Alan Jackson’s “I Want To Stroll Over Heaven With You” and why did you want to cover it?

Makenzie Phipps: My mom absolutely adores Alan Jackson. When I was younger, I used to listen to his songs all the time, especially with all the hymns that I record. I always turn to him first because he has some gospel albums, and he’s done covers of very popular hymns. I always enjoyed how he does them, so whenever I need a reference, Alan is always the first person I go to. When I did his song, “I Want to Stroll Over Heaven With You,” I loved that it was able to touch as many people emotionally as it did.

AS: When Sal Oliveri presented “Drag” to you, what was it that resonated with you most about this particular song?

MP: I went down to Nashville, Tennessee in the summer [of 2022] and went into the studio with Mr. Sal. He’s a Grammy-nominated producer, and he’s one of the most amazing people I’ve ever met. He’s such a kind-hearted and genuine person. He just knows exactly what he’s doing, and he’s helped me out so much. We recorded six songs, and three of them were actually presented to me through him, and “Drag” happened to be one of them.

Me being young and getting old, when I listened to it, I thought of peer pressure, which is definitely a big thing, especially in the younger generation. When you’re deciding to make decisions in life, there may be some temptation, and there may be a dilemma where you’re like ‘I maybe shouldn’t do this, but you only live once, and you want to experience things and learn things for yourself.’ I really related to the song in that sense.

AS: Was there some theme or feeling that you noticed surfacing around these six songs as a whole?

MP: They’re all kind of unique in their own way. “Drag” is talking from a more modern standpoint and the slogan “you only live once,” so take any opportunity and try something new in life. All the other ones, I definitely think a lot of people will be able to relate to them.

AS: You definitely make your rounds in Nashville, but you’ve decided to stay in Virginia. What do you feel living there has extracted from you as an artist, and will you eventually make the move to Tennessee?

MP: I come from a very small town in southwest Virginia called Bluefield where the population is a little bit over 5,000. There’s really not much of a music scene going on around here, and when I do shows I branch out to Ohio, Tennessee, North Carolina, and West Virginia. I’m actually planning on moving to Nashville in 2023, by the beginning of June. I’m six hours from Nashville, so if I plan it out accordingly I’m able to travel and make it, but it has definitely been a struggle as far as missing some opportunities. I’m really excited to get down there in the city and do a lot more.

AS: At this point in your career, what kind of songwriter are you? How do songs typically come together and has this shifted over the past few years?

MP: I had written a couple of songs when I was younger, but I really didn’t start getting into songwriting until this past year. I write off of personal experience. I feel if I emotionally relate to the song, then others will be able to relate to it as well. That’s the only way I can really write songs. The only song I wrote that wasn’t based on experience was my Christmas song [“Christmas Snow,” 2021]. I had never written one, and I teamed up with my backup singer and guitarist, Shane Begley. He’d never written a Christmas song either, which shocked me because he’s written thousands of songs, but it definitely exceeded our expectations. It was down to the wire, but I work really well under pressure.

If I feel something emotionally tugging at me in a positive or negative manner, it doesn’t leave me alone until I write it down. It’s just one of those things where if I have something going on in my life, I need to write about it, and the words just kind of come to me. 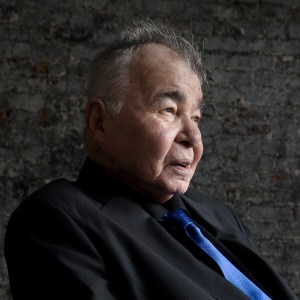 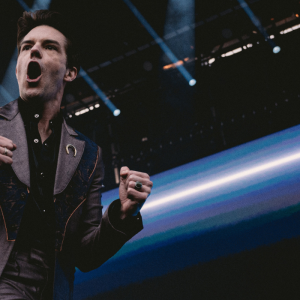