“Songwriting is an inherently bizarre art form, often disguised as something mundane,” John R. Miller tells American Songwriter. “The act of combining words, melody, rhyme and rhythm to express or manipulate emotions is pretty weird when it comes down to it. I always try to remember what it felt like to first hear songs as a child, and how strange and wonderful it was.”

For a lot of songwriters, Miller’s words hit home. As commonplace as music is, the sheer act of putting all the pieces together in such a way that’s original, creative, expressive and musical all at the same time can feel like some mystic magic ritual when you’re in the thick of doing it. For many, going back and tapping into the wondrous nostalgia of youth is an invaluable tool… and it’s one that Miller used for his new single, “Shenandoah Shakedown.”

Coming ahead of Miller’s debut album, Depreciated—which is due on July 16 via Rounder Records—“Shenandoah Shakedown” was inspired by the years the Shenandoah Valley native spent hanging around his home’s namesake river and its confluences. In his words, the song was spurred by the feeling of “trying to keep your cigarettes dry floating downstream on a doughnut, while your life back on land is slowly falling apart and you’ve been taking bad advice from the woods.”

When that melancholic-yet-beautiful theme meets up with the song’s dark and smoky Americana atmosphere, “Shenandoah Shakedown” sounds almost like if Townes Van Zandt or Guy Clark were writing songs today. Even the driving acoustic guitar line is reminiscent of something like “Waitin’ Around To Die” reborn. And much like the great troubadours of the late 20th century, Miller has a world-class talent for sprinkling in subtle moments of profound truth and beauty throughout his story-rich, slice-of-American-life lyricism.

“It’s a collection of vignettes inspired by that time spent up and down those rivers reflecting on hallucinogenic experiences and framing the dissolution of a relationship,” he said. “It’s more of a loose story than a ‘message’ per se, but if there’s a takeaway for me, it might be to try not to dwell too long in painful memories.”

From the poetic reflections to the candid mentioning of going away to get stoned, “Shenandoah Shakedown” is a communicative and evocative tune that walks a special line. On one hand, it feels like a pure extension of Miller himself, his sensibilities and artistry. On the other hand, it speaks to a wider experience of an American upbringing, touching on universal truths. In the end, Miller makes a cool connection in suggesting to not dwell too long on the painful things—much like the Shenandoah River itself, life keeps flowing on.

John R. Miller’s debut album Depreciated is out on July 16 via Rounder Records. Listen to the single “Shenandoah Shakedown” below: 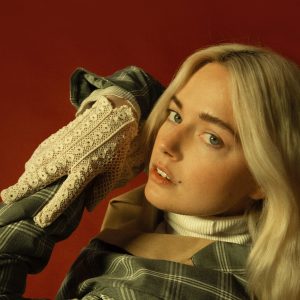 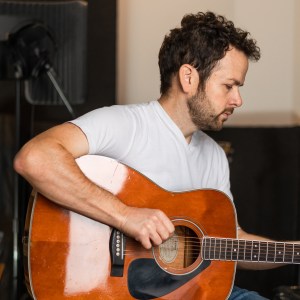