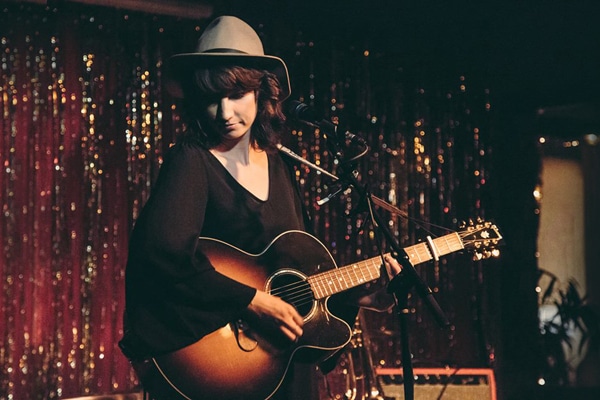 Juliana is a coffee-drinking, cat-loving, toe-tapping, bird-chirping wordsmith who is handy with the guitar and tickling the ivories. Originally hailing from Upstate New York, she now hangs her various hats in Nashville, Tennessee. Juliana released her debut album, Slow Love, earlier this year.

AMBITIONS: to one day have playing my music pay my bills, and to leave a few songs stuck in people’s heads once I’m gone.

TURN-ONS: good senses of humor and adventure, an appreciation for a good book and my love of my cats, loyalty, passion for one’s craft, a genuine joie de vivre

DREAM GIG: The main stage at the Newport Folk Fest

FAVORITE LYRIC: …surely this is an impossible question. “Svetlana sucks lemons across from me / And I am progressing abominably / And I do not know my own way to the sea / But the saltiest sea knows its own way to me.” —Joanna Newsom

SONG I WISH I WROTE: Case of You – Joni Mitchell

5 PEOPLE I’D MOST LIKE TO HAVE DINNER WITH: Kurt Vonnegut, Jon Stewart, Joni Mitchell, my grandmother (and namesake) who died before I was born, Sean Penn.

MY FAVORITE CONCERT EXPERIENCE: Seeing James Taylor for the first time a few years ago. I grew up listening to his stuff. His energy, his voice, his stage presence, his band…all unbelievable. And the guy was 64 years old! Now THAT is that kind of career I’d like to have.

I WROTE THIS SONG: after getting in a huge fight with my dad—over something car-related, I think—prior to going on a roadtrip to see Nashville for the first time (I moved here two months later). After we exchanged words I had to go on a long walk to cool off. I had a chat with the moon and this song came out of me in almost one sitting. 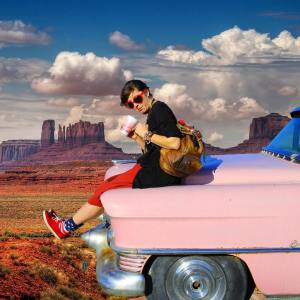 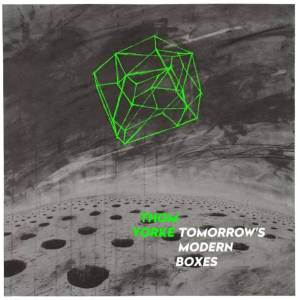