Anyone that has been following music business trends for the past few years is likely familiar with the high profile direct to fan campaigns (campaigns that focus on the monetization of an artist’s fan base directly) that Nine Inch Nails, Radiohead, Imogen Heap and others have been involved with recently. As Mike Masnick put it in his 2009 NARM Keynote, the recipe for effective direct to fan campaigns can be boiled down to: Connecting with Fans (CwF) + Providing a Reason to Buy (RtB) = $$$. Makes sense, right? The difficulties arise when you consider that there are 5 million bands on MySpace, all of which are vying for the consumer’s attention. It’s easy for NIN and Radiohead to connect with fans, the skeptics’ note, as they have had years of major label support and hundreds of thousands of existing followers to work with. How can a developing artist in this climate differentiate themselves from all the other bands out there?

The answer can be slightly more nuanced than Masnick’s formula above, and to me, is based on a four key elements: 1) setting up an effective offer page on your site that is tailored to your marketing goals and where you are in your marketing cycle, 2) expanding your digital touch points through creative fan acquisition techniques, 3) integrating your online and offline marketing towards the same goal, and lastly 4) once you’ve created your groundswell of support and fans, integrating effective 3rd party digital and physical marketing, sales, and distribution outlets into the mix. Let’s illustrate these elements with two examples.

Although they were supported by NME in their hometown of London (who have called their release “a carefully orchestrated treat”), and have some high profile fans in the members of Sigur Rós, Fanfarlo found that they were having a tough time breaking into the US market. Fanfarlo’s music is undeniably great (aside: the first step, of course, in any marketing campaign is to have great music. Without this, any DTF marketing campaign will fail), and as such, the plan for breaking Fanfarlo relied a lot on getting as many folks to experience their music as possible, with the end goal of gaining enough interest to pack the Metro Lounge in NYC (300 capacity).

The band initiated their acquisition-based campaign by looking at what assets and connections they could leverage. Fanfarlo developed a low-cost video, dug up some unreleased tracks and recorded new acoustic versions, and of particular note, the band’s management reached out to Sigur Rós, who agreed to mention Fanfarlo in one of their emails to their fans.

Prior to any outreach from Sigur Rós, the band knew it was crucial for them to create an offer on their site that would make their music as accessible as possible, while at the same time create a degree of urgency. Again, as monetization was not the driving force behind their campaign at this stage in their marketing process, Fanfarlo decided the best course of action for building up their base was to provide curious potential fans with the opportunity to purchase their record for $1.00 (for a limited time), in exchange for an email address (which provided the band with permission to engage with these fans directly at a later date). The band adjusted their site accordingly, employing best practices with SEO and Web IA, and created an offer page dedicated to highlighting their music and making it easy to purchase via one click off the offer page. This was the result:

Along with the redesigned offer page on their site, the band adjusted all of their social media pages (visibility on MySpace, Wikipedia, Facebook, Last.fm, iLike, YouTube) with appropriate offer copy / images, and links to the offer on their proper site. Once all the backend was done and Fanfarlo was ready for the traffic, Sigur Rós hyped the band in an email to their fans and Fanfarlo essentially had an “offer you can’t refuse” waiting for them. In exchange, the band built up their email list, created a viral buzz on their new record, and not only had enough interest to pack the Metro Lounge in NYC, they had to upgrade to the larger Bowery Ballroom!

Example 2: The Lights Out

All marketing campaigns are different, and not everyone has the luxury of having support from major bands like Sigur Rós. But no matter where you are at in your career, core marketing principals hold true, particularly when it comes to effectively using social media to engage your fans and building up your base. The best example of social media campaigns are creative ideas that leverage the viral nature of social media to engage fans and effect change in not only the digital world, but in a band’s physical campaign as well (which of course is still incredibly important to any overall marketing campaign).

The Lights Out is a Boston-based band working to raise their hometown visibility and acquire new fans to positively impact their touring base throughout the Northeast. On the heels of an oppressive heat wave in Boston in mid August, the band initiated a Slush Puppie “flash mob” online marketing campaign. The band found the appropriate location for the event via polling their Twitter followers:

Once the location was chosen, the band set up a Facebook event, which allowed them to update the status of the Slush Mob, get an idea on who was coming, and communicate directly with those that expressed interest.

The band then set up a Twitter hashtag (#), which organized all messaging around the event into a single live channel on Twitter search. The hashtag use also had the all-important added benefit of becoming a “viral generator” for the event, piquing the interest of the band’s follower’s fans, and influencing activity at a level outside of what the band could do with their fanbase directly.

Once the existing fans were engaged in the event, Boston based bloggers picked up on it, the market’s alternative weekly featured info on the event, and popular Boston-based event and social media Twitterers did the same.

The band continued Tweeting from the event and after, and shared photos of the turnout using Twitpic:

So, what did all this mean to the band’s stated goal of raising their visibility and acquiring new fans?

• 66,160 impressions from Tweets and Retweets

New fans also direct-messaged the band, telling them how much they enjoyed the idea/their music and expressing interest in attending future gigs. And because this social media campaign included an offline component, new fans were able to bond with the band in a more personal way.

Again, all marketing campaigns are different, and should be employed in a way that focuses on the strengths and opportunities of the respective band. The specific tools will certainly continue to change as we move forward, but the principle of determining your core goal and engaging / developing your fan base to reach this goal will not. What’s particularly exciting to me is that artists have the option to market and distribute their music directly, with less gatekeeper involvement, than ever before. We’re in the early stages of direct to fan campaigns, but I think it’s undeniable that there is a tremendous amount of growth potential in the segment – and is an area that artists, managers and others (forward thinking, artist-serviced based companies, for example) have to look at very closely.

Mike King writes and teaches online music business courses for Berkleemusic.com, Berklee College of Music’s online school. He is also the author of the book Music Marketing: Press Promotion, Distribution, and Retail, out now on Berklee Press. Get it on Amazon.com. 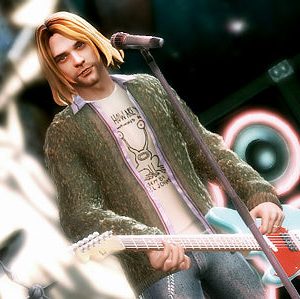 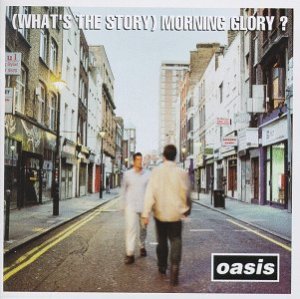