Hold the Gramophone! Betty Moon’s Music is on the Grammy Ballot

Is it corny to think that Los Angeles artist, songwriter, and producer, Betty Moon, would be “over the moon” finding out music from her latest release, Little Miss Hollywood, will be gracing this year’s Grammy ballots? Apparently not even a little, as Moon’s easygoing nature implies.

“I am totally over the moon about it!” Moon says. “And with 2020 being the way things are in music, this is obviously part of the silver lining right? I’ve never been so excited about any award really.”

The California creator released the music of Little Miss Hollywood back in July and its mixture of thick and heavy bass tones in songs like “The Liar,” slick and funky rhythmic grooves in “Monsters in My Head,” and arena-sized rock-styled guitar in “Don’t Stop Now,” showcase Moon’s stylistic range as a songwriter and producer in immediately satisfying fashion. A woman of many music industry hats, Moon isn’t just involved with the creative side of the business but also runs her own record label, Evolver Music – a move that came as a proactive solution to the unpredictability that accompanies connection to contracts with other labels.

Just from these aspects of Moon’s evolving story, it’s clear the kind of hardworking, innovative, persistent individual she is. As such, a step toward more recognition through an organization like the Recording Academy is in some ways pleasantly unsurprising, given how strongly Moon stands behind her work and strives for a place in listeners’ music collections.

Moon spoke with American Songwriter about the impact of breaking the news to her fans and supporters, what this means to her personally in light of her steadfast work ethic, what she sees in the big picture for her career, and more.

American Songwriter: What was the very first thought you had and emotion you felt knowing that Little Miss Hollywood, as well as some standout singles on the record, would be reaching the Recording Academy’s voting audience?

Betty Moon: I know that various members recognize that I’ve been at this for a bit and that I would be deserving. But it’s very difficult to actually reach the voting members right now because there aren’t very many events where people get to butterfly about and network. Limited and virtual personal contact makes things difficult these days so i’d say I’m excited but curious to see how it all pans out. I’ve been invited to a few virtual Zoom events and I know the Recording Academy is making efforts to bring people together, but I think it’s been difficult for them this year as well. The world is just upside down right now. I do believe we’re all doing the best we can, though.”

AS: As someone who has faced their fair share of setbacks and uncertainties in their career, as well as chosen to take some risks to get ahead, how would you say you handle situations (like this one) where a certain outcome is hoped for but not explicitly known?

BM: I think you reach for the stars and accept whatever comes your way. I’ve always maintained a certain level of optimism as an artist. I’m also familiar with disappointment haha! But this time I’ve got to nail it.  I’m ready. I feel deserving. They know this isn’t my first rodeo and I think it would make so many of my friends and fans truly proud. Furthermore, this would inspire artists such as myself who’ve been at for sometime not to give up.

AS: What would progression forward by way of a Grammy nomination mean to you personally, given how much you have done to advocate for your art and forge your path and place in the music industry – especially in a very artist saturated city like Los Angeles?

BM: In some ways I think I’d become officially “validated” by the music industry here. There are so many hugely talented people here in Los Angeles. I am humbled by it all in a lot of ways. The fact that I came to live here ten years ago, became a US citizen, worked aggressively in an industry still dominated by men, but could easily run with the wolves as well. I’ve learned so much these past few years and it may also impact my level of confidence as a songwriter. We’ll see. A sense of achievement like this would truly be a great honor.

AS: What are the single most interesting aspects of Little Miss Hollywood, “The Liar,” and “Don’t Stop Now” respectively, that you would want Academy voters to know, if you could sit down and play the music with each of them?

BM: I would say being flawed, recognizing it, accepting it and finding forgiveness within yourself is a running thread throughout the album. To genuinely celebrate your flaws rather than punish yourself for them. After all, they make you who you are. That would sum up the emotion and energy put into this album and the lyrics. I also think there’s a sense of going back to songwriting where people told stories about quirky individuals and characters. I often listen to music of the past and there’s also a very retro aspect to the album that I’m proud of.

AS: What does the big picture look like for all of your endeavors and objectives as you move forward – and not just toward possibilities with the Grammys, but also the unpredictable future of 2021 overall?

BM: I wish I could foresee what the future beholds. I think the big picture is to keep on keeping on. To move forward contributing the best energy you can to create good music. Maintaining consistency is important and feeling inspired by everything around me. 2021 should be a balls out great year. I think we are all more appreciative of what we had and what we lost. We’ve all been slammed up against a wall and now we are ready to enjoy each other more, enjoy all the great music in this world which kicks my ass daily, and continue to be creative. 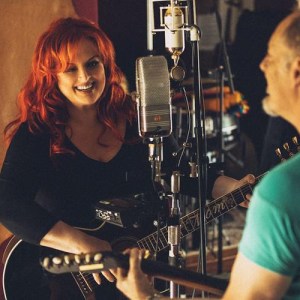 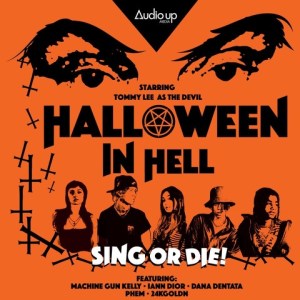