I remember it like it was yesterday. I was ten and learning how to play guitar. In front of me were the lyrics and chords for his song “Suzanne.” I remember thinking, “How does someone write something this beautiful?” It seemed like a miracle to me.

So when I got the supreme privilege of sitting down with him myself to talk about songwriting, I told him exactly that. That since I was just a kid, I have been pondering the mystery of “Suzanne” and other miracle songs he wrote. He smiled that warm, gentle Leonard smile when I said this, and did not demur.

“It is a miracle,” he answered. “If I knew where the good songs came from, I would go there more often.”

And in that one answer is the crystallization of this man’s greatness. With just a few words, he gives us humility, humor, reverence, mystery and dedication. Dedication to the mystery itself, to the realm into which all songwriters reach to find their songs.

He spoke in parables. Unlike most humans who rarely finish entire sentences, he spoke in perfect paragraphs, with language at once beat and biblical, ancient and modern. Never was this more evident than when I asked him what he thought about the current quality of popular song, and the widespread conviction of many from previous generations that meaningful songs are no longer written.

One time I interviewed Anjali, the singer-musician who loved and lived with him for years, and did a whole album of his words with her music. We met at a café in mid-L.A. and the great man himself, Leonard, accompanied her. Of course, being him he knew right away I would be unable to conduct a meaningful interview with him sitting there. So he immediately assured us that he would sit elsewhere while we spoke.

We did the interview, and afterwards I made an admission to Anjali. Which was that it was hard to fathom actually living a regular life with Leonard. I did know he was a man, after all, as I told her. But to songwriters, I said, he is a God.

She laughed heartily when I said that, and answered, “Oh trust me, he’s a man! He is definitely a man.”

Now with his mortal life complete, it seems she must have been right. But there are very few men I have ever known who did what he did. Even when the industry as he knew it essentially collapsed, never did he waver from the thing that mattered most: the work. If it took him seven years to perfect a song, even to the extent of writing forty or more verse, he would take seven years. There was no rush. Nothing mattered more. When he would be up at Mt. Baldy, serving time as a Buddhist monk, he would be working on songs in his head. During his last year, when he was in severe pain and immobilized, he worked on songs. The work never stopped. Songwriting was for him, as miracle songs like “Hallelujah” made so clear, more than a job. It was a calling. His highest calling. And he built a beautiful and indestructible tower of song, brick by brick, day by day, year by year. Like all of his songs, it has been built to last.

“It begins with an appetite,” he said, describing the way he started a song, “to discover my self-respect. To redeem the day. So the day does not go down in debt.“

Songwriting, he explained, did not come easy. It was work, and he felt artists were wrong to ever consider otherwise. “But why shouldn’t my work be hard?” he asked. “One is distracted by this notion that there is such a thing as inspiration, that it comes fast and easy. Some people are graced by that style. I’m not. So I have to work hard as any stiff, to come up with the payload.”

So, I asked, do any of these things work better than others?

Nothing but pure dedication to this art and craft so impacted by his own work. “Dylan blew everyone’s mind when he started,” said the poet Allen Ginsberg. “Everyone except Leonard Cohen.” It’s true. Leonard was on his own path from the start. Never did he sway from the conviction that the only true mission was finding a way to get there, to reach that realm from which the great songs come. It’s where he is now.

“It’s much like the life of a Catholic nun,” he said. “You’re married to a mystery.” 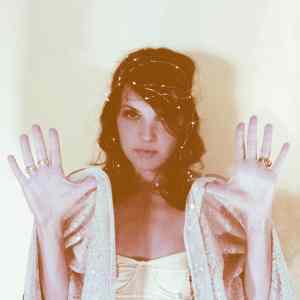 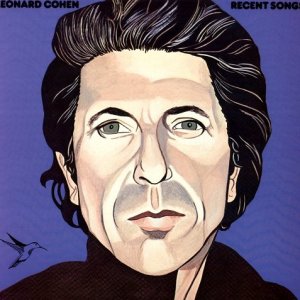