Formed in Miami in 1989, The Mavericks made the oddly all-too-common switch from playing punk music to writing fun alt-country tunes, albeit with a heavy Latin flair. Their latest album, Mono, earned the band two GRAMMY nominations, including Best Americana Album. We chat with singer Raul Malo about his native Miami, his studio secrets and handling life on the road.

What is your songwriting process?

It’s different every time. Usually I start with a melody or a hook. Sometimes it’s a riff that leads to a song. Sometimes they write themselves and sometimes they take years. And just when you think you have figured out your process, it changes for the next one. I’ve learned to go with whatever method.

How do you think your starting base of Miami plays into the sound of your songs? Do you feel its influence has grown over time or become less present?

I think the whole Cuban/Miami influence has been there from the beginning. However, as the years have passed that influence has definitely become a big part of the sound. It’s part of my DNA.

Your latest record was recorded in just five days. What is your studio process like? Has that been typical of your other albums?

Our process has not changed much really. We’ve just gotten better at working in the studio. So there really is not a lot of wasted time. Usually the day starts out with playing some of our favorite vinyl records…everything from Pet Sounds to Ellington to whatever. Then I’ll play the guys the song we are set to record…usually on guitar but sometimes on piano. Then we start arranging it. Then we run it a few times before we hit record.

The first song I ever wrote was a song called ‘This Broken Heart.’ It was on the first Mavericks record and we even made a video for it.

How do you think your songwriting process has changed over the course of your career?

My process has changed in that I know what I want to say and how I want to say it. I’ve learned to write for my voice and sometimes that takes a while.

Well, obviously not everyone will agree but here goes. One of favorites is Hoagy Carmichael’s ‘Stardust’… Lyrics, melody, meaning. It’s all there. It has been recorded countless times. It’s one of the most beautiful songs ever.

Your single “Pardon Me” touches on the emotional difficulties a touring musician can face. Have you struggled with those difficulties a lot yourself? How have you learned to overcome them?

I think anyone who travels for a living and those that stay back can relate to this song. This can be a peculiar life at times. You can be left to your own devices and for some that may be detrimental or perhaps even deadly. Having a loving family helps. They help keep you real. I think a big part of this life is finding where you can say no and go to bed. Because chances are you have an early bus call and you have to do it all over again tomorrow. And that’s the trick … doing it again tomorrow! 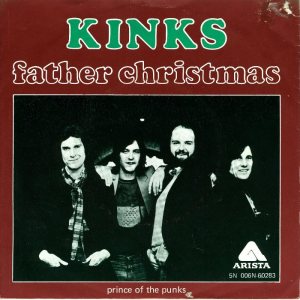 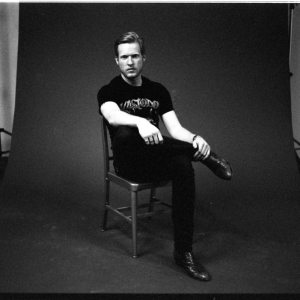