Whenever Townes Van Zandt traveled through the Atlanta area, he always stopped by the home of his old friend, journalist Bill Hedgepeth. At Hedgepeth’s home Van Zandt would record demos at his friend’s basement studio, showing his friend new songs he had been working on.

Sometime in the early ’70s — mostly likely 1972 — Van Zandt stopped by to play Hedgepeth a few new songs — “Pancho and Lefty,” “Rex’s Blues,” “Snake Song” — that he had recently written and was planning on including on his next album, The Late Great Townes Van Zandt. Townes was in fine form that day, loose and congenial, yet focused and resolute, and he ended up recording a number of covers as well: “Last Thing On My Mind” by Tom Paxton and “Forever, For Always, For Certain” by Richard Dobson.

At a certain point after Townes Van Zandt died in 1997, Hedgepeth handed over his treasure-trove of recordings to the Van Zandt family. Those early Late Great demos ended up sitting in a box in a closet of Townes’ son, JT, for many years until they were recently discovered by Townes’ wife Jeanene and his other son Will. It was a collection of nearly 30 songs, several of which, like “Sky Blue” and “All I Need,” had never before been heard.

“I’ve looked at the names of those song titles on lists in the publishing company for 35 years,” says Jeanene, who produced Sky Blue, the latest release from the archive of Townes Van Zandt, set for release on the singer’s 75th birthday on March 7. “It was exciting to finally find them, like, ‘Boom, there they are.’”

Sky Blue is the first proper new release of archival Townes Van Zandt recordings that Jeanene has worked on since 2003’s collection of early demos In The Beginning. Jeanene whittled down the recordings — eliminating tracks that had been interrupted by dogs barking and telephones ringing, discounting any songs that would eventually be included on Van Zandt’s mythical lost 1973 album Seven Come Eleven — before she arrived at an 11-song collection of solo-acoustic demos of songs that would eventually appear on later albums like Late Great and its follow-up, 1978’s Flyin’ Shoes.

Some of the album’s recordings, like Van Zandt’s Paxton cover, and the early rendition of “Pancho And Lefty,” complete with an extended fingerpicked guitar intro, are sure to be minor revelations even for longtime fans of the singer-songwriter, fresh glimpses into an iconic song craftsman at the height of his creative powers.

The first time Bruce Watson, head of Mississippi-based Fat Possum Records, heard the tapes, he was stunned. “I thought it was amazing,” he says. “I’m always skeptical when someone says they have two-track recordings and then doctor it up, but Jeanene and Will did such a fantastic job overseeing production, and the recording quality didn’t at all get in the way of Townes’ vocal or guitar playing, or the songs in general … Townes was really such a great fingerpicker, and on this record you can really hear that.”

Sky Blue can be placed squarely within the songwriter’s most fruitful period, between 1968 and 1972, during which Van Zandt released six studio albums containing the bulk of his most iconic songs. “I don’t think there’s any other songwriter during that period on that level,” says Watson. “All those songs are four-, five-minute masterpieces of American folk music. Each song is a small movie or novel.”

Sky Blue arrives after Jeanene says she spent seven years tied up in a lawsuit with Tomato Records, Townes’ former record label run by Kevin and Harold Eggers. “They flooded the market with a bunch of repetitive albums,” Jeanene says of Van Zandt’s Tomato discography.

As a result, Watson says Fat Possum and the Van Zandt estate have been very careful in choosing what recordings in the Van Zandt archive are release-worthy since the label started working with the Van Zandt’s a dozen years ago. “We’ve been very selective and protective in what we’ve put out,” says Watson. “We have tons and tons of live tapes, but many of them were when Townes wasn’t really at his best.”

The crown jewel of the archive is Seven Come Eleven, which Jeanene plans to release some day. Such recordings will only help to further fuel the songwriter’s legacy in years to come. “I think it’s only just starting for Townes,” Watson says of the songwriter’s cultural relevance, citing the recent Blaze Foley biopic (which featured Townes prominently) and the luxury Townes-themed hotel that recently opened in Austin as two varied examples. “I feel like Townes’ legacy is only just beginning to solidify itself. I think it’s only going to grow.”

For Jeanene, solidifying her late husband’s legacy isn’t the priority as much as simply ensuring that his music and recordings continue to remain available for future generations of fans, scholars, and musicians.

“Townes always said that his measure of success was how many learning institutions were studying his work 100 years from now,” she says. “So my obligation is that there’s stuff there left to study, to preserve his music. That’s my duty.” 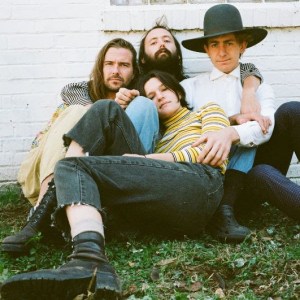 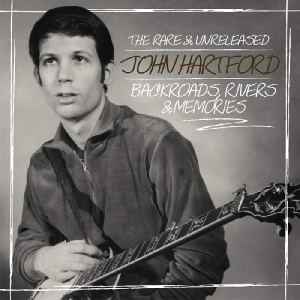