Whether as hellhounds or loyal companions, canines have been part of our lives for thousands of years. Grant Maxwell, the author of How Does It Feel?: Elvis Presley, The Beatles, Bob Dylan, and the Philosophy of Rock and Roll, put together this list of 15 memorable songs about dogs. Think of these tunes as a music lover’s best friend.

Big Mama Thornton first recorded this Lieber-Stoller song in 1952. Elvis Presley got the song from Freddie Bell and the Bellboys, who had rewritten the words, and it went on to become the biggest hit of Presley’s career: “You ain’t never caught a rabbit and you ain’t no friend of mine.”

A haunting soliloquy from Nick Drake’s final recording session in 1974, the “Black Eyed Dog” is apparently a symbol of the darkness that led to Drake’s death later that year at the age of 26: “I’m growing old and I wanna go home.”

“Waymore’s Blues” from 1975’s Dreaming My Dreams is Waylon Jennings at his laid-back best, dropping pearls of wisdom like “wanna get the rabbit out the L-O-G, you gotta make a commotion like a D-O-G,” and summing up Waylon’s persona: “I got my name painted on my shirt, I ain’t no ordinary dude, I don’t have to work.”

The Stooges, “I Wanna Be Your Dog”

This menacing piece of proto-punk from The Stooges’ first album, released in 1969, expresses the urge of a “messed up” youth to submit to another unspecified individual in order to “close my eyes,” “close my mind,” “feel your hands,” and “lose my heart on the burning sand.”

A simple lyric about a presumably attractive woman “dressed in black” taking her dog for a walk interspersed with nonsense and nursery rhymes, “Walking the Dog,” released by the Stax label in 1963, was Rufus Thomas’ biggest hit. What makes this song so good is Thomas’ gritty vocal and the incredible groove laid down by Booker T & the MGs who, along with The Band, are possibly the greatest self-contained backing group of all time.

Neil Young gives an appropriately country-flavored eulogy to “the best old hound dog I ever did know” in this song from 1992’s Harvest Moon: “Old King sure meant a lot to me, but that hound dog is history.”

Both Joan Baez and The Byrds seem to have derived their versions of this pre-twentieth century folk song from Cisco Houston’s 1951 recording. Roger McGuinn added some chord changes to create probably the best-known version of this moving tribute to “you good dog, you,” released on Dr. Byrds and Mr. Hyde in 1969.

The chorus of “The Promised Land” from 1978’s Darkness on the Edge of Town says it all: “The dogs on Main Street howl ‘cause they understand if I could take one moment into my hands, Mister, I ain’t a boy, no I’m a man, and I believe in a Promised Land.” Dogs live in the moment, the Boss seems to imply, and they believe in themselves and in us.

Bob Dylan, “One Too Many Mornings”

Originally recorded for 1964’s The Times They Are A-Changin’, the version of “One Too Many Mornings” that Bob Dylan played with The Band during the “Royal Albert Hall” concert in Manchester in 1966 reimagines, and possibly even eclipses, the older folk version. The first line, “down the street the dogs are barking,” sets the stage for Dylan’s weary recognition that “you’re right from your side and I’m right from mine. We’re both just one too many mornings and a thousand miles behind.”

Dolly Parton, “Gypsy, Joe, and Me”

Released in 1969 on My Blue Ridge Mountain Boy, “Gypsy, Joe, and Me” is the reminiscence of a woman who lost first her dog, Gypsy, and then her man, Joe, to tragic circumstances. The song ends with the woman standing on a bridge contemplating jumping: “Tonight we’ll be together again, Gypsy, Joe, and me.”

First officially released on the masterful Europe ’72, “Tennessee Jed” is about a hapless wanderer who keeps running into trouble, from “cold iron shackles” to a “rich man” who “step on my poor head” to a guy named “Charlie Fog” who “blacked my eye and he kicked my dog.” Reiterating a message communicated via conversation, letter, and slot-machine, “my dog he turned to me and he said: ‘Let’s head back to Tennessee, Jed.’”

An early Wailers track by Peter Tosh with a strikingly similar introduction to “Simmer Down,” Tosh recorded a definitive version of the song for 1983’s Mama Africa. A “maga dog” is a skinny (“meagre”) dog who “turn around and bite you,” apparently a metaphor for a young lady who has done the singer wrong and is duly dismissed: “Me no wan’ fe see you ‘round here.”

Hank Williams, “Move It On Over”

“Move It On Over” was Hank Williams’ first major hit in 1947 about being kicked out by his woman and moving into a “mighty small” “doghouse” with his buddy. At the end of each verse, he tells his friend to “move over little/skinny/old/nice/short/good/cold dog ‘cause the big/fat/new/bad/tall/mad/hot dog’s movin’ in.”

Leon Russell, “The Ballad of Mad Dogs and Englishmen”

Recorded for 1971’s Leon Russell and the Shelter People, this nostalgic, quirky piano ballad is a memoir of Russell’s tour in 1970 as the band leader for Joe Cocker, memorialized in a 1970 album and a 1971 film, both called Mad Dogs and Englishmen. One of the largest and best bands in the history of rock and roll, Russell calls the tour “a hippy commune bona fide” full of “kids,” “flashy pimps,” “family fights,” “movie makers,” “booby shakers,” “’saxy’ airplane ticket takers,” “teachers and learners,” “incense burners,” “religious leaders and chronic bleeders,” “Okies,” “Limeys,” “Stones and future Dominoes,” “mad dogs and Englishmen.” Quite a cast of characters.

Released on 1969’s Yellow Submarine, “Hey Bulldog” boasts one of the Beatles’ best riffs, John Lennon’s patented lyrical mix of nonsense, wisdom, and vitriol, one of George Harrison’s most ecstatic solos, a tremendous bass line from Paul McCartney, and wild barking and howling from the boys, adding up to one of the Beatles’ most raucous tracks: “You think you know me but you haven’t got a clue.” 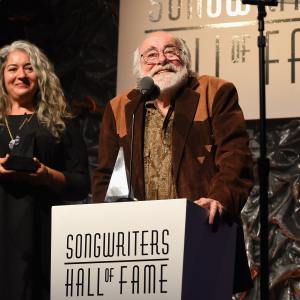