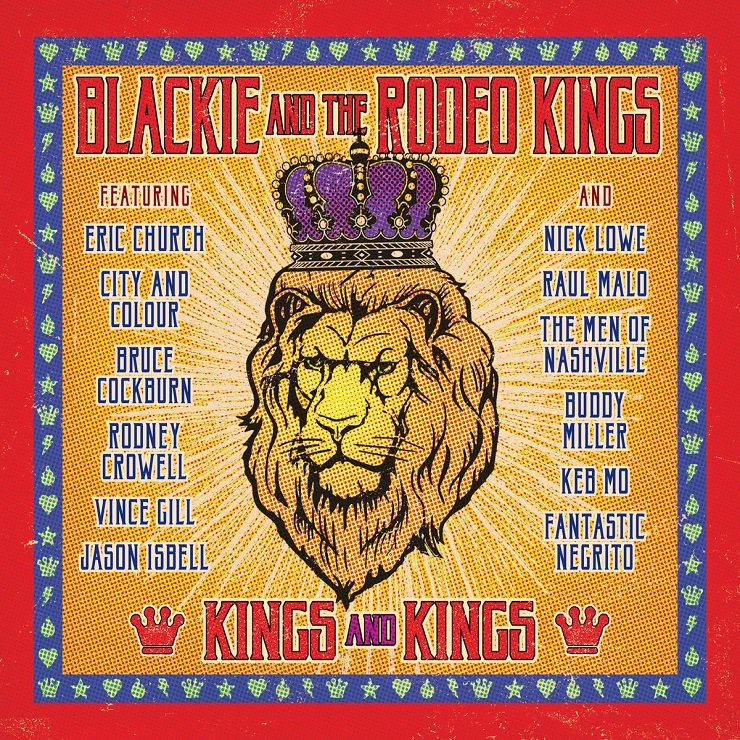 Blackie and the Rodeo Kings
Kings & Kings
(File Under: Music/Allegro)
Rating: 4 out of 5 stars

You might wonder why a band comprised of three exemplary singer-songwriters — all with extensive solo careers — would invite other singers to enhance their albums. But since the under-the-radar (at least in the US) Canadian-based Blackie and the Rodeo Kings hit with 2011’s Kings and Queens featuring high profile female vocalists such as Emmylou Harris, Lucinda Williams and Rosanne Cash, it must have seemed like a good idea to replicate and balance that success with male singers, hence this disc’s title and concept.

Blackie and the Rodeo Kings was formed in 1996 as a one-off joining the rootsy likes of Canadians Colin Linden, Stephen Fearing and Tom Wilson, as they paid tribute to famed fellow countryman songwriter Willie P. Bennett. Two decades later, the occasional collaboration boasts eight terrific albums, most of which never made much of a splash in the States but are worth searching out, especially for fans of Nashville transplant Linden. He’s the most recognizable name of the three with nearly a dozen solo releases, not to mention his technical supervisor duties for the Nashville TV show. He also rubs elbows with many of the invitees here through his production and stellar supporting guitar work.

Befitting the rather modest recognition of the Blackie and the Rodeo Kings moniker, the veteran singers here aren’t superstars. Still, folks like Raul Malo, Buddy Miller, Rodney Crowell and Jason Isbell are not exactly obscure either, at least in the Americana genre. Eric Church and Vince Gill should attract crossover attention from those attuned to the country genre. Even more so than on Kings and Queens, each guest works within the context of Blackie and the Rodeo Kings’ trio of singer-songwriters, adding texture, lead vocals, harmonies and personality, but never hogging the spotlight.

The ballad-dominated project joins Blackie’s Fearing with Keb’ Mo’ on the socially conscious, folk/gospel “Long Walk to Freedom.” The always riveting Raul Malo enhances the introspective, life-affirming and tender “High Wire (Hamilton Ontario 2016)” and Jason Isbell contributes to the brooding, sorrowful “Land of the Living,” a song about loneliness and poverty that would fit well on any of his albums. It features a beautifully crafted Linden guitar solo that perfectly reflects the track’s melancholy longing. Ditto for Bruce Cockburn’s affectionate love song/waltz time “A Woman Gets More Beautiful,” sung in both English and French. Nick Lowe’s “Secret of a Long Lasting Love” returns him to “Rose of England” terrain while Vince Gill shimmers on the pure country weeper “This Lonesome Feeling.” Linden’s Nashville-based buddies Buddy Miller and Rodney Crowell turn in the disc’s most upbeat tunes. Both “Live by the Song” and “Playing by Heart” explore the life of ageing journeyman players with sensitivity atop tough, country rocking sure to get crowds on the dance floor.

Two of the more obscure entries, City and Colour and Fantastic Negrito, push their contributions into darker, somewhat experimental areas. The latter’s “Bitter and Low” brings a creepy, Mark Knopfler-styled swamp vibe and the former takes a duet with Wilson on his “Beautiful Scars” into flickering, dark territory on one of the set’s most dramatic and melodic pieces.

The dozen selections not only display the songwriting and playing chops of Blackie and the Rodeo King’s members, but show how easily others slot into their classic Americana sound. It’s a perfect complement to Kings and Queens and will hopefully gain the act some long deserved traction in the States. 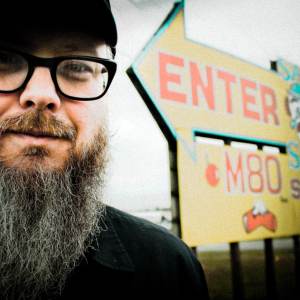 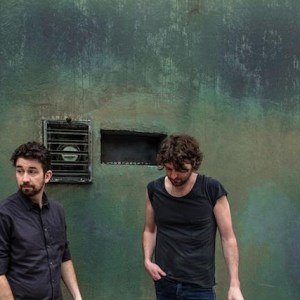