Kanye West has been an inspiration for a lot of fellow rappers and hip-hop moguls, but it was a surprise that he had that same impact on a hardcore band like A Scent Like Wolves.

When the band comprised of co-vocalists Nick and Al Boltz, guitarists Jeff Brown, Kyle Pettigrew, Blake McClimon and drummer Cody Frain decided on making their new record, Mystic Auras, out February 19, a concept record, they looked to their own primal desires and why they are drawn to them as the overarching theme to explore. Vocalist Nick Boltz also looked to Kanye West’s record, My Beautiful Dark Twisted Fantasy.

“This concept was a little different, a little bit more personal,” Nick told American Songwriter. “We had ideas about what we desire and why. We explored stuff like relationships and money. We’re the type of band that likes every album to kind of have its own theme. I think it’s really important to tell a story with the track listing. Kanye West’s My Beautiful Dark Twisted Fantasy was a somewhat inspirational concept album at least for me, that I kind of model my own work after.”

For Nick, his own experiences in a long -distance relationship propelled a lot of the album and offered a link and context for what he sought to write about.

“A couple of songs touch base on how that experience strains a relationship,” Nick said. “But it also looks at the future and how bright it can be if you hold on. So it was nice to explore some of the turmoil and miscommunication in romantic relationships.”

A lot of bands claim spontaneity is the only way to write, letting inspiration run pure and rampant, but for A Scent like Wolves having some kind of outline for the songs helped immensely in streamlining the process of making Mystic Auras.

“I think it helps the process with any type of project,” Nick said. “I think you always want to go into something, knowing, or having a broad outline of what you want to do. It just helps to flesh everything out to its fullest potential. That’s not to say that there’s not some creative outbursts that came spontaneously. Those do happen. But it’s nice to follow a structure.”

Songs like “Poison,” written in late 2019, benefitted from this structure. With everyone on the same page, the music that Pettigrew brought to the session was completed cohesively among the other members, almost effortlessly.

“We had a rough outline of the song given to us by our guitarist Kyle and pretty much had the song structure in place,” Nick recalled. “As far as writing lyrics, we just kind of roll with something. Me and my brother, the other vocalist in the band, sometimes we write the whole songs by ourselves or sometimes we’ll do half and half. I think he took over main writing duties for this one, for the choruses. I was in charge of the verses and bridge. It’s a unique song that me and my brother trade off doing both unclean and clean vocals. It was really fun to write and record. The song was especially influenced by another song I really liked called ‘We Apologize for Nothing’ by Fightstar.”

Being in a band with a sibling made making a cohesive concept record even more on point, especially with Nick and Al being less than a year apart in age.

“That closeness factor really helps out,” Nick said. “We’re kind of on the same page in life and with the band. It was easier to have someone like that to bounce ideas off of and we’re just similar people. It’s nice when you can write music with someone, when you already kind of know what they’re thinking.”

“We like to get as much stylistic input as possible,” Nick said about the features on the record. “We also like working with people that we know from playing shows in the past or tours we’ve seen them on. We had a really good time working with everyone. They wrote their own lyrics and recorded their own parts, to whatever they saw fitting and it sounded killer every time. We couldn’t be prouder of the work they’ve done, and the album itself.”

With so many hands in the pot and strong dynamic strength with the guest features, A Scent Like Wolves went a familiar route for mixing, reaching out to Grammy nominated producers Carson Slovak and Grant McFarland who have engineered some of their previous records.

“It’s probably the easiest thing ever, to be honest,” Nick said about working with Slovak and McFarland. “You don’t go in there feeling stupid or get ridiculed or belittled for things. It’s a very open, collaborative atmosphere. They’ve been doing our music almost a decade, so we always like going back to them.”

Having a familiar partnership among the unprecedented year also comforted the band, who would usually be out touring.

“It’s hard not being able to go out there and perform the music you’ve worked so hard to write and market,” Nick said. “You just have to remain hopeful that there are better days ahead and that they come sooner rather than later. No matter what we just want our songs out there. I’m sick of listening to them alone in my car.”

Mystic Auras is out February 19, featured on We Are Triumphant, and you can pre-order it here. Check out one of the many collaborations here today with “Bloom” feat JT Cavey of Erra. 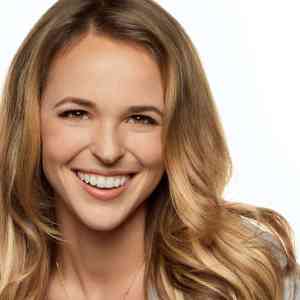 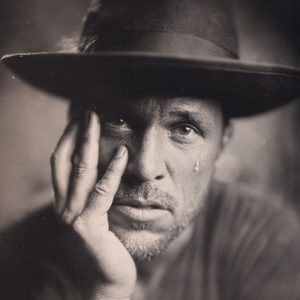