Ah, the 1950s. The golden age of hot rods, soda fountains, suburban homes and rock & roll. With World War II and the Great Depression fading into the past, Americans spent the decade enjoying some of the most prosperous years their nation had ever faced. Never before had the wealth of the country been shared by so many people.

It’s this version of America — the innocent, happy place depicted in doo-wop songs and Norman Rockwell paintings — that Don McLean eulogizes in “American Pie.” Actually, it’s the death of that place, represented by the demise of three early rock & roll stars, that seems to interest him the most. Written in the early 1970s, “American Pie” bids a sad farewell to a time long, long gone.

Buddy Holly, Ritchie Valens and the Big Bopper died on February 3, 1959, during the second week of a midwestern tour. The boys had just wrapped up a performance in Clear Lake, Iowa, and their next gig was scheduled for Moorhead, MN, more than 350 miles away. No one was looking forward to the trip. It was freezing outside, and Holly’s drummer had been hospitalized by a bad case of frostbite, thanks to a broken heater inside their tour bus. Desperate to avoid another long, cold drive, Holly hired a small Bonanza plane to fly him and two other passengers to Minnesota. Valens and the Big Bopper took the remaining seats.

Everyone knows the rest of the story. The pilot was young, the hour was late, and the weather was bad. Minutes after takeoff, the plane crashed into a frozen cornfield at 170 miles per hour and skidded for nearly 600 feet, turning end over end. All four occupants died, hopefully instantly. There were 11 months left in the year, but for most people, that was the day the 1950s officially ended. It was the end of an era, the demise of a smooth-sailing decade that would soon be replaced by the turbulent sixties. It was the day the music died.

“American Pie” unfolds like a story, right down to the fairytale-ish opening line (“A long, long time ago…”). Every verse is a new chapter, and McLean pulls double-duty as the main character and narrator. At the beginning, he’s your typical American teenager, concerned with little more than music, girls and his morning paper route. When February third comes along, though, McLean finds himself delivering bad news to every doorstep. He loses his innocence that morning. “I knew I was out of luck the day the music died,” he sings in the second verse, using the rest of the song to explain how America lost its own innocence in that crash, too.

As the song moves into its third verse, McLean whisks us away to the end of the 1960s. Things in America have become more complicated since 1959, and the state of popular music has been volatile, too. Using double entendres, puns and a few inside jokes, he paints the picture of a topsy-turvy decade dominated by the Stones (“Moss grows fat on a rolling stone”) and Bob Dylan (“The jester sang for the king and queen in a coat he borrowed from James Dean,” a reference to the jacket worn on the cover of The Freewheeling Bob Dylan), two artists whose music always reflected the times in which they were living. Back when Buddy Holly was around, rock & roll artists just wanted to “make those people dance, and maybe they’d be happy for awhile.” In McLean’s present-day ‘70s, things aren’t so simple.

The climax arrives during the fifth verse, where McLean turns the Altamont Speedway Free Festival into some sort of apocalyptic event. The real Altamont Festival featured the Rolling Stones, the Hells Angels and the death of concertgoer Meredith Hunter, but the “American Pie” Altamont is even more sinister, with Satan laughing from the stage as the innocent 1950s literally burn to the ground.

That’s one interpretation, at least. Don McLean refuses to talk about the song, and his eight-and-a-half minute salute to America’s golden age asks more questions than it answers. Only McLean knows what it’s really about, meaning he gets to have his American pie and eat it, too. The rest of us can only guess. 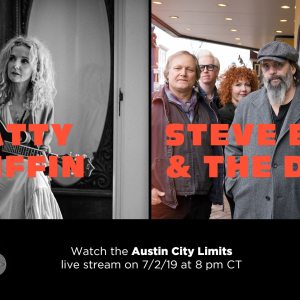 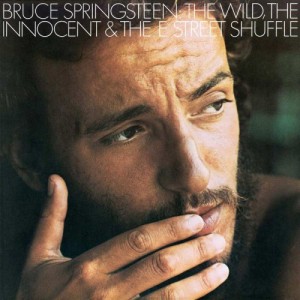