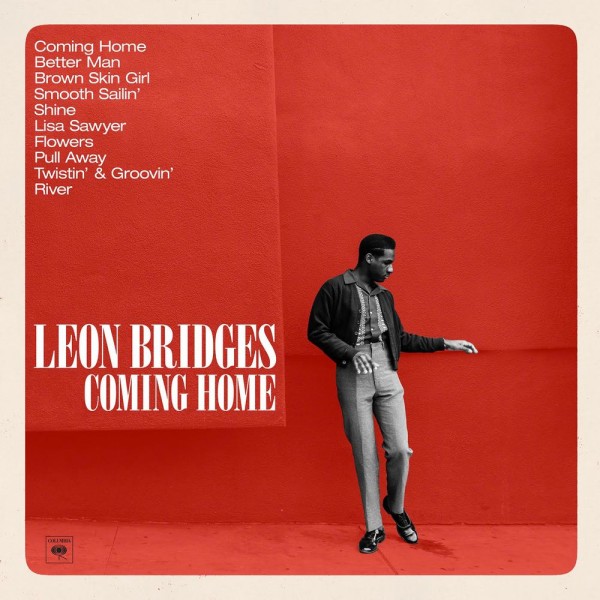 A cursory listen through Leon Bridges’ debut Coming Home might lead one to wonder if he or she had stumbled upon a lost Sam Cooke album. But don’t let his sound or his vintage aesthetic fool you — the 25-year-old singer and songwriter is very much of this day and age, perhaps a product of the increasingly en vogue love for all things nostalgic. What keeps Coming Home from sounding like a Sam Cooke rip-off, however, is the obvious influence of contemporary artists, particularly Bridges’ favorite Usher. The album can lean a little heavily on its retro influences, however, but Bridges’ talent as a vocalist and lyricist, particularly on tracks like “Lisa Sawyer” (written about Bridges’ mother), uplift even the more clichéd moments. The young Forth Worth artist has crafted one of the year’s best and most promising debuts, one that announces a new artist with a long, bright career ahead of him. 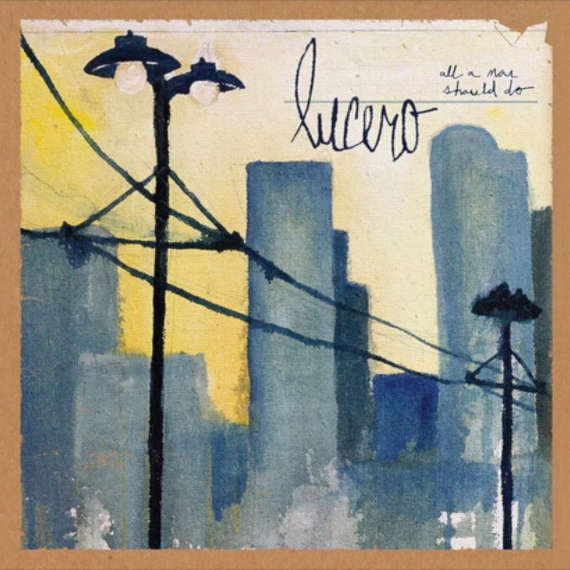 There are a couple of unifying themes running through the 11th album from the ever-prolific Lucero. On the musical side, it’s got a soulful streak that can’t help but peek through even on the most downcast songs. Credit the horns that provide ballast on uptempo tracks “Can’t You Hear Them Howl” and “Young Outlaws” and consolation on the anguished “I Woke Up In New Orleans.” Lyrically, what connects many of the songs are the relationship issues that dog the narrators, all of whom are portrayed by frontman Ben Nichols with a stern facade that can’t quite hide the heartbreak peeking through. That romantic frustration is straightforward on “Baby Don’t You Want Me” and nostalgic on “My Girl & Me In ’93.” Other standouts include the brooding travelogue “Went Looking For Warren Zevon’s Los Angeles” and a sweet cover of Big Star’s “I’m In Love With A Girl.” Lucero’s ability to simultaneously project toughness and tenderness might just be their defining characteristic; it’s certainly what makes All A Man Should Do such a pleasure. 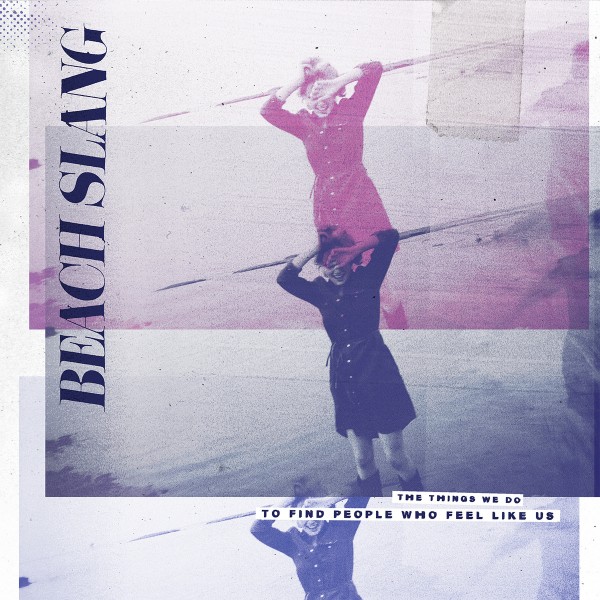 28. Beach Slang: The Things We Do To Find People Who Feel Like Us

At 40 years old, Beach Slang frontman James Synder will be the first to remind you he’s young (and alive). Following up their critically acclaimed EP last year, Beach Slang drop The Things We Do To Find Who Feel Like Us and cement themselves as misfit rockers for a new generation. Just like Paul Westerberg of the Replacements, Snyder knows how to turn his insecurities into anthems and the band spends a lot of the record channeling the Mats and Tom Petty. “I blur all this hurt into sound,” he sings. Meanwhile, some of the band’s most sparse and tender songs, like “Too Late To Die Young,” are also some of the strongest on an excellent debut album. 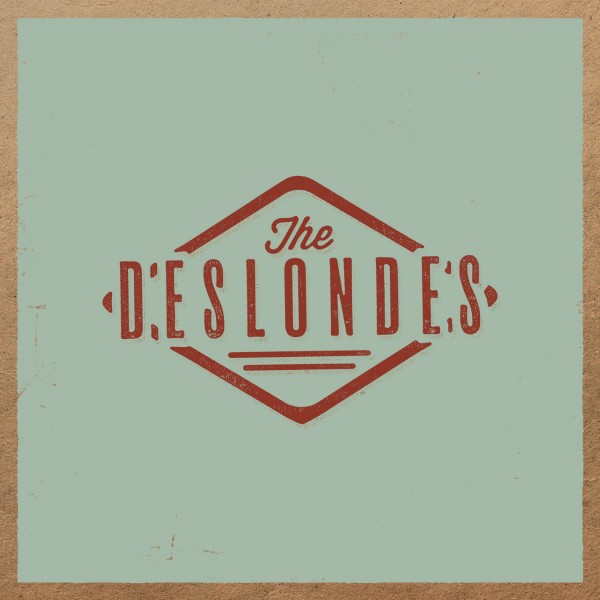 The Deslondes play the part well: hailing from New Orleans, dressed in a rag-tag bunch of overalls and cowboy hats, composers of songs about unadorned heartbreak and eternal rambling, the scrappy quintet can check off most boxes in any Americana authenticity checklist. But with their self-titled release (their first under the name The Deslondes), the New Orleans bar band proves that their greatest asset as a young band is their knack for arranging and assembling their patchwork influences. The Deslondes are roots modernists more interested in the simultaneous presentation of the many strands of American music—blues, jazz, country, rockabilly, gospel—than they are in faithfully reviving any one tradition itself. As the group switches singers on just about every song, they move from the pure ’70s Gram Parsons new-country of “Louise” to the ’30s country blues number “Low Down Soul” to the ’60s singer-songwriter closing gesture of “Out on the Rise.” Their 2015 record makes it clear: The Deslondes are here to stay. 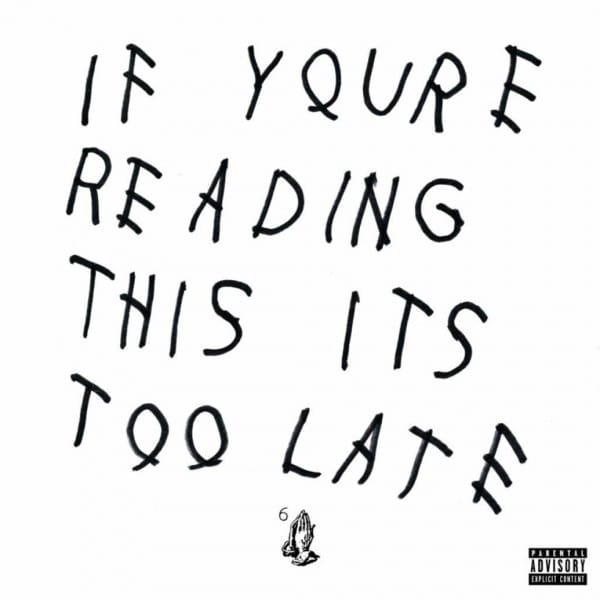 The surprise album has become one of the music industry’s newest defenses against declining sales, a practice that really took hold when Beyoncé shocked the world with her self-titled megalith of an album in late 2013. Earlier this summer, Drake became the latest album to embrace the trend, releasing If You’re Reading This It’s Too Late as a surprise mixtape on the anniversary of the release of his 2009 EP So Far Gone, which featured the breakout tracks “Best I Ever Had” and “Successful.” If You’re Reading This is, in fact, pretty far gone from that EP, eschewing commercial, radio-ready hits in favor of more complex tracks that allow Drake to show off his technical prowess as a wordsmith. Though it isn’t technically a true LP, If You’re Reading This still has a stacked guest list, with verses from Lil Wayne and Travi$ Scott. This effort combined with Drake’s collaborative album with Future (What A Time To Be Alive) suggests that the next time the hip-hop artist does release a true studio album, it’s going to be big. 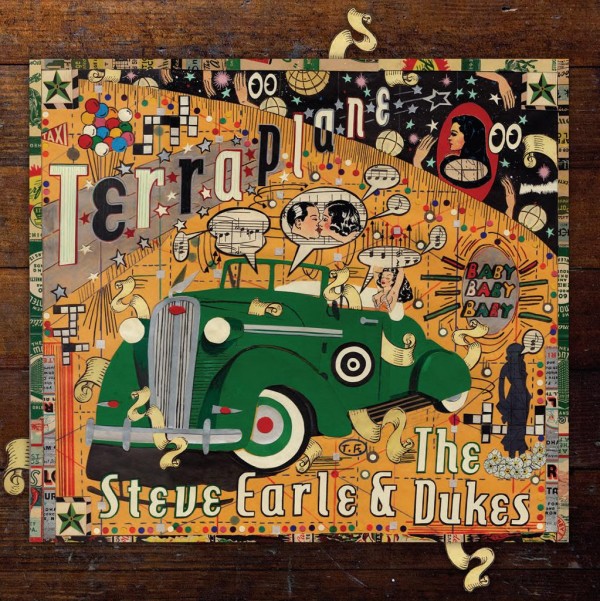 The title comes from one of Robert Johnson’s classic songs, so it’s no surprise that Steve Earle is diving deep into the blues on his latest. Neither is it any surprise just how expertly he handles the genre, since he’s proven versatile enough throughout his career to take on just about any type of roots music. It helps that he’s always armed with a passel of great songs, which here include the brooding ballad “Better Off Alone” and the mythical story-song “The Tennessee Kid.” And, with the Dukes, he has a band that can soar in the clouds or crawl down in the muck depending on what’s required. This might be a blues album, but there are plentiful light-hearted moments, such as the zinger-filled duet with Eleanor Whitmore “Baby’s Just As Mean As Me” and the psychedelic lark “Go Go Boots Are Back.” Several of the songs on Terraplane fit so seamlessly into the Delta blues tradition that you’d swear they’ve been around since the early 20th century. Then again, music written and performed with this much passion is essentially timeless. 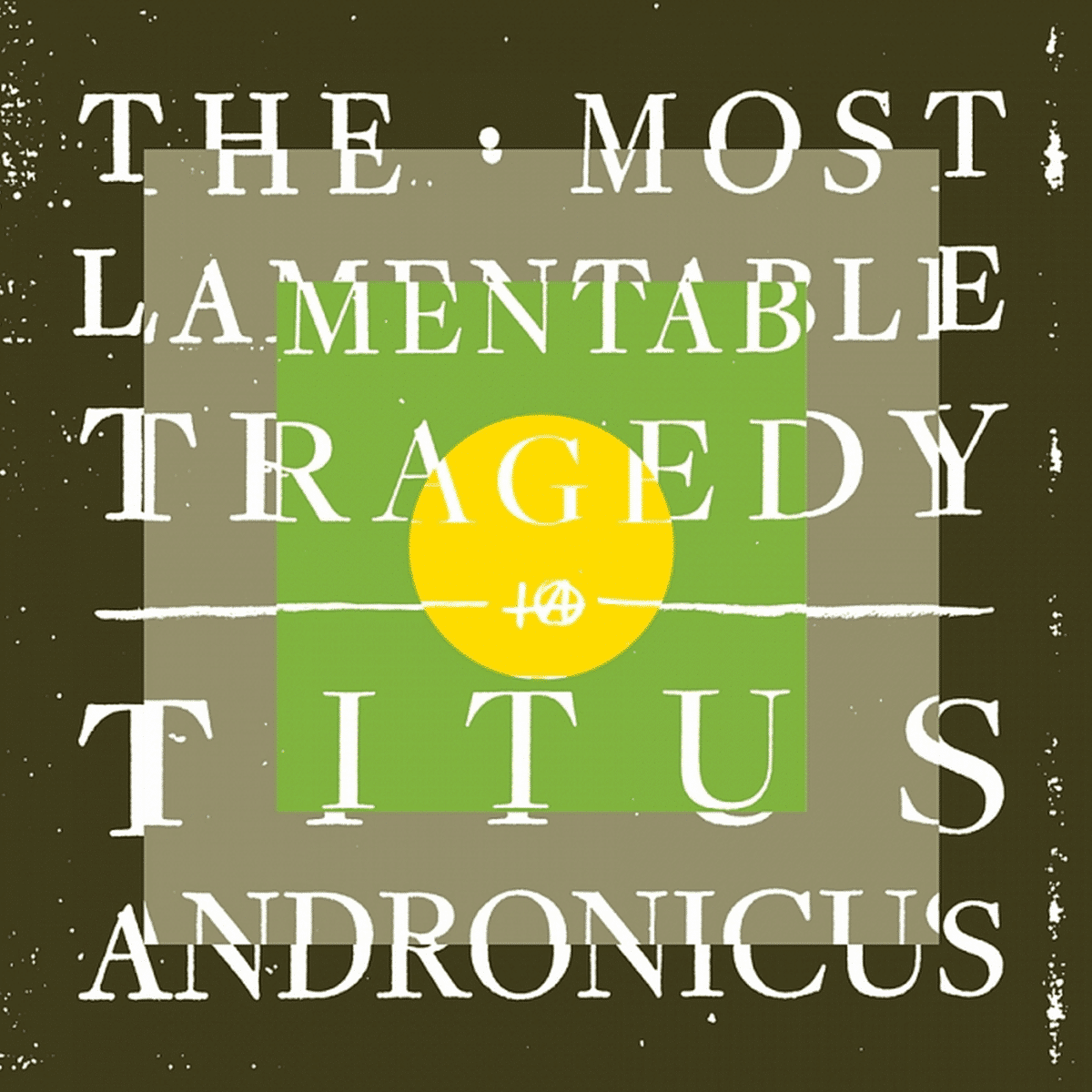 24. Titus Andronicus: The Most Lamentable Tragedy

It’s no surprise, really, that Titus Andronicus decided to release a 29-song, five-part rock opera dedicated to manic depression with a cover of “Auld Lang Syne” sandwiched in the middle that leads into two minutes of lead singer Patrick Stickles screaming “I’m Going Insane” – because nothing that the New Jersey-based punk outfit do is exactly predictable. And that’s what The Most Lamentable Tragedy is all about: the patterns within the madness, the joy of letting something unstable roll completely free. It’s volatile, alright, but there are so many jewels in those 93-minutes that it’s easy to forgive Stickles for his lack of ability to hit the delete button on his track list: “Dimed Out” is as dynamic and kinetic as rock music gets, and “Fatal Flaw” is the perfect example of Titus Andronicus’ perplexing ability to mix catchy, unshakable melody into something that should be distant and dissonant. In the age of singles and quick downloads, The Most Lamentable Tragedy reminds us of the priceless value of the LP as a front-to-back body of work – and does that quickly fading tradition remarkable, joyfully restless justice. 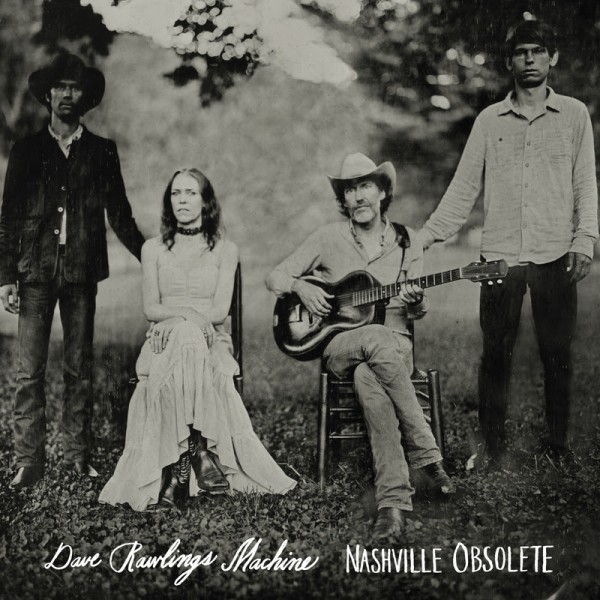 This is only Rawlings’ second release, following his 2009 debut, but he’s been plenty busy working with musical partner Gillian Welch. On the tellingly titled Nashville Obsolete though, he sings all the leads, writes the songs and lets Welch serve as his backup for harmonies, instead of vice versa. The all-acoustic result shifts from the upbeat back porch roots/folk picking of “Candy” to the beautiful mandolin led melancholy of “Pilgrim (You Can’t Go Home).” The stunningly gorgeous string enhanced opener “The Weekend” even finds the American Songwriter cover couple sharing their first officially authorized video under Rawlings’ name. There’s a lot of ground covered over the disc’s seven tracks not least of which in the 11 minute “The Trip,” a mini-movie whose sensitive, evocative lyrics–some spoken/some sung– and Spanish influenced, laconic lope perfectly encapsulate the superb Rawlings-Welch partnership. It’s an intimate and personal album whose charms creep up slowly, but once there, won’t let go. 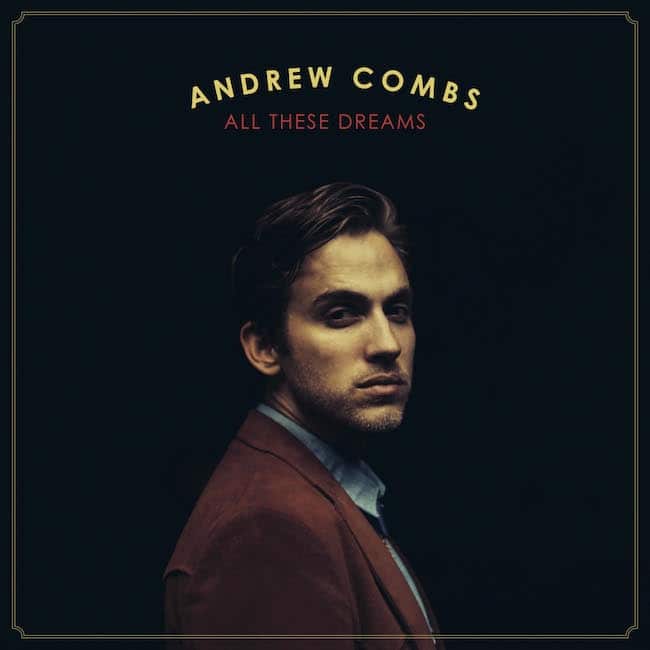 22. Andrew Combs: All These Dreams

On his sophomore release, the doe-eyed Combs settles into a honeyed, soulful countrypolitan sound that makes these 11 terrific songs coalesce better than his already impressive 2012 debut. His sensitive voice is a ringer for the Jayhawks’ Gary Louris and the approach is similar to Rainy Day Music from that band. Perhaps the opening “Rainy Day Song” obliquely references that. But with easy rolling tunes along with sympathetic production that splits the difference between Chris Isaak and Jeff Lynne, you’ll forget about comparisons and just hit play again after the too-short 40 minutes are over. From the ominous “Pearl” about a possibly innocent fugitive living on the street with its crying pedal steel to the sweeping Roy Orbison-styled “Long Gone Lately” and the light folk pop of “Month of Bad Habits,” each track is immaculately produced and arranged to reach out, grab your ears and lodge in your brain. Classy, pure and charmingly melodic, Combs is an as yet undiscovered major talent waiting for the big break he clearly deserves. 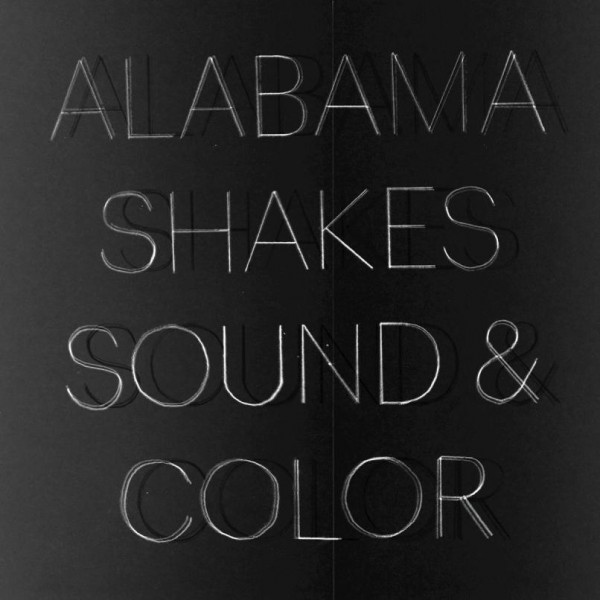 There’s an unshakable spirit at the heart of the Alabama Shakes that is both exhausted and uplifted. Even as they grow into a critical and commercial tour-de-force, it’s hard not to view them as underdogs, and in turn root for them. Sound & Color proves the Shakes are far more than a well-marketed soul-revival group. Since their debut, singer Brittany Howard has strived for timeless themes in her songs. Here, the band still has a tendency to rely on nostalgia, but they’ve learned to navigate it with grace and purpose. And while they’ve undoubtedly become more innovative, particularly in the guitar department, the real breakthrough comes in the album’s lush production. Co-producers Blake Mills and Shawn Everett’s fresh and crisp approach pronounces and even elevates the importance of each instrument. Important subtleties like the drone of the siren-esque guitars on “Gemini,” or the appropriate amount of room left in the snare mics, make the record a powerful but intimate listen.