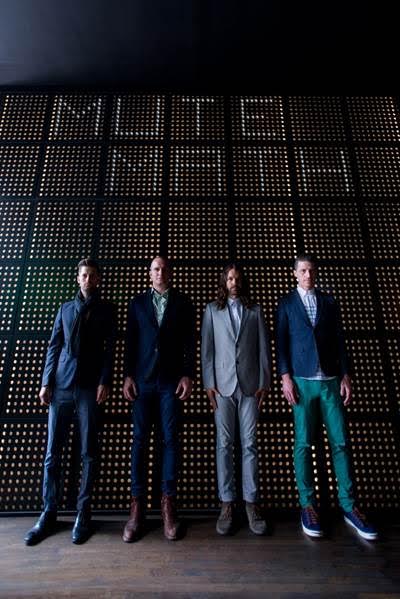 New Orleans-based electro-rock band Mutemath have had an eventful year: as they set out to work on their latest effort Vitals, the band’s fourth studio album, they left Warner Bros., the label they called home for 10 years, and decided to start their own label, Wojtek Records. The band’s first release since 2011’s Odd Soul, Vitals sees Mutemath exploring a polished new world where lyricist Paul Meany is arguably at his most honest and upfront yet. We chat with Meany and bandmate Darren King about co-writing long distance, a James Brown collaboration album and switching instruments in the studio.

You guys started your own label; when did that come about?

Paul Meany: About a week ago (laughs). We’ve been trying to do it for about six months now, actively. It’s something that we’ve always dreamed about doing, we just didn’t have the right team of people with us. Our new manager was the missing link. She was all about it, we were all about it, and she helped us pull it off. We spent three records on Warner Bros., which was a decade. It was just the typical fork in the road. When we signed our deal 10 years ago, the industry was almost unrecognizable compared to what it is now. We had been through three presidents. It felt like every time we turned in a record, it was a new label. There were new people to get to know. It was always great people, and it was always difficult to watch them go. But it got to that point where, if we’re not selling millions of records, there was no place for us. And we’re not, so we decided we should part ways. It’s a new climate. The currency of music right now isn’t how many records you sell. It’s just not as important as it used to be 10 years ago. I think we were inspired to navigating through it and figure out a new template for ourselves.

What’s next for you and the label? Are you just going to release your own material or are you planning to sign bands?

Paul: We’ll start by putting out our record. If it goes well, that would be a dream of mine, to be able to facilitate opportunities for other bands.

Is there one lead songwriter in the band or do all of you write together?

Paul: That’s kind of been the dynamic of this band since we started. I usually do the vocal part of it and the lyrics. Darren usually gets musical ideas on their feet. The whole thing started with Darren sending me these instrumental tracks, and I would start putting vocals on them, and that’s still kind of what we do. We have more input now that we have the other band members, Roy (Mitchell-Cárdenas) and Todd (Gummerman), so it’s less pressure. We get a little objectivity every now and then.

Darren King: All hands on deck when we record. Anybody can influence any part of the process when it’s going well. But it’s also clear who’s the best bass and guitar player, who’s the best drummer… we all know what everyone’s specialties are. One of the most fun things about it is that everyone lets everyone else dabble. If you get stuck in a rut of the things you do, you imitate yourself. I had this dog and he had three paths in my backyard, and those were the three spots where there wasn’t any grass. Whenever you sit down to do your thing, you go one of the three ways, whereas Todd, Paul or Roy might go to the other unbeaten path. That’s sick – why wouldn’t we do that?

Are you writing most of your lyrical content about your life, or do you make up stories?

Paul: I think a majority of it is about my own life. I envy writers who are able to tell stories objectively, and I’ve always aspired to do that, but I’ve never felt that I’ve cracked the code on how to do it well. Mutemath songs are usually the ones where I end up unearthing something about myself and sometimes what I observe, but my angle is always how I personally connect with it. All the other types of approaches I try just don’t turn out very good. They don’t make the cut in the end. You just start realizing your path. Once you start making records, a few times through it, you start identifying things that just kind of work. You don’t need to veer off. We can dress it up a little more this way or that way, but for the most part, for our band, this is the most authentic approach. I think there are certain natural limitations that you hit where your natural limitations create something unique. I remember U2 talking about finding their sound. They found their sound by, basically, not being good enough to sound like Led Zeppelin, because that’s who they wanted to be. Over the years, you figure out how to turn your inadequacies into an advantage for yourself and embrace that.

If you could collaborate with anyone, living or dead, who would it be and why?

Darren: My first 10 on that list would be James Brown. I want 10 collaborations; a full record of James Brown collaborations. I loved when he said you could put him in a room with any band and in 30 minutes they would become his band.

Paul: I believe that. It might be just the phase I’m in, but I’d say Donald Fagen. I was gonna say how much I really enjoy his writing style. It’s Steely Dan and his lyrical approach. You can argue Steely Dan is one of the founding forefathers of jacuzzi jazz — maybe them and Toto, which I have a soft spot in my heart for — but they were taking these progressive jazz type of constructs and making pop music out of it. The lyrics are just really intricate to me. They’re articulate and poetic, and he talked about things that you would not think would fit with this music. It wasn’t surface; it was deep. [Steely Dan] was something that I dove into right before we started writing for this record. At this point in my life, I would love to get in the studio with Donald Fagan and just follow and be a part of whatever happens.

Darren: The first thing that comes to mind is “In My Life”. If you structurally break down the lyrics of that one, that’s a tightly-wrapped love song. It’s so many things. It’s sweet, it’s sad. I like the music. “In my life I love you more,” the way everything sets up that line and drops it on you. It’s a pretty heavy lyrical drop. That’s the first thing that comes to mind. That’s kind of cheating though, because that’s what Johnny Cash said was the best song ever written was, so I’m stealing that from him, but he’s right.

Paul: For me, it’s almost impossible to beat “Imagine.” I feel like that is the most perfectly constructed song, just in the simplicity. When you can hear something profound and powerful in that simple of a template, to me, that’s the goal. That’s what you’re shooting for every time. The substance of it, what he was able to say – he made these huge comments on society at the time. So effortless, so profound, so engaging. It’s hard to beat that for me. I remember what Seymour Stein, the founder of Sire Records, said to his bands—

What do you think the highlight of your careers as songwriters has been so far?

Paul: It’s strange – you’ll write a song now and again that really says something that you’ve wanted to say for a while now. You’ve finally found the right music, and the lyrics and melody come together, and there it is. For me, when that’s happened, it’s the song outside listeners care about the least. Having gone through a few records, sometimes the songs you’re dismissive with, people rally around and they become something fans really connect to. Over the years, I would say that’s more special. When that happens, I think there’s more of a sense of reward as a writer, as opposed to when you feel like, “I finally did it, and I’d love to listen to it. I put it all together, and it all works now.” What song would that be for us? I really don’t know, but I feel really lucky that we have the song “Typical” that came together when it did.

Darren: That is a fun memory, because when Paul and I first started collaborating in 2000, I was living in Nashville, he was in New Orleans, and we would send each other CDs in the mail. I would go to the Nashville library and check out records. You could get 24 at a time. I’d chop ’em up and sample them and send them to him. He’d recreate it with synths, we’d sing on it, etc. Then I flew down for Sept. 8, 9 and 10, 2001. That’s when the attacks happened. That weekend, around that time, we wrote our first song together, called “Echo.” It was a side-project, fun thing that we did. That following morning, we finished, and that’s when the Word Trade Center fell. That ‘s how I bookmark it; it was three days before 9/11 when we wrote our first song together. We were driving back to Nashville – he was doing a show and I was tagging along – and I remember thinking “I’m gonna get drafted. Wow, this is a scary time.” I just assumed that everyone around 19, at the time, was gonna get drafted. The chords and a lot of that song became the groundwork for “Typical.” It barely resembles it except for one synth line. I always hear it every night at the end of the show and think, “Man, that synth line’s been around for 16 years.” That song is a fun one. 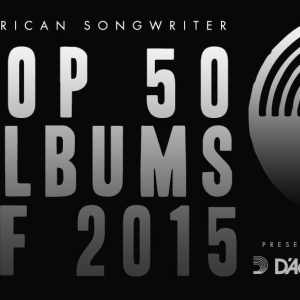 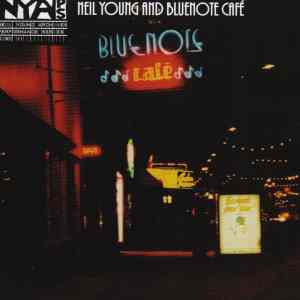